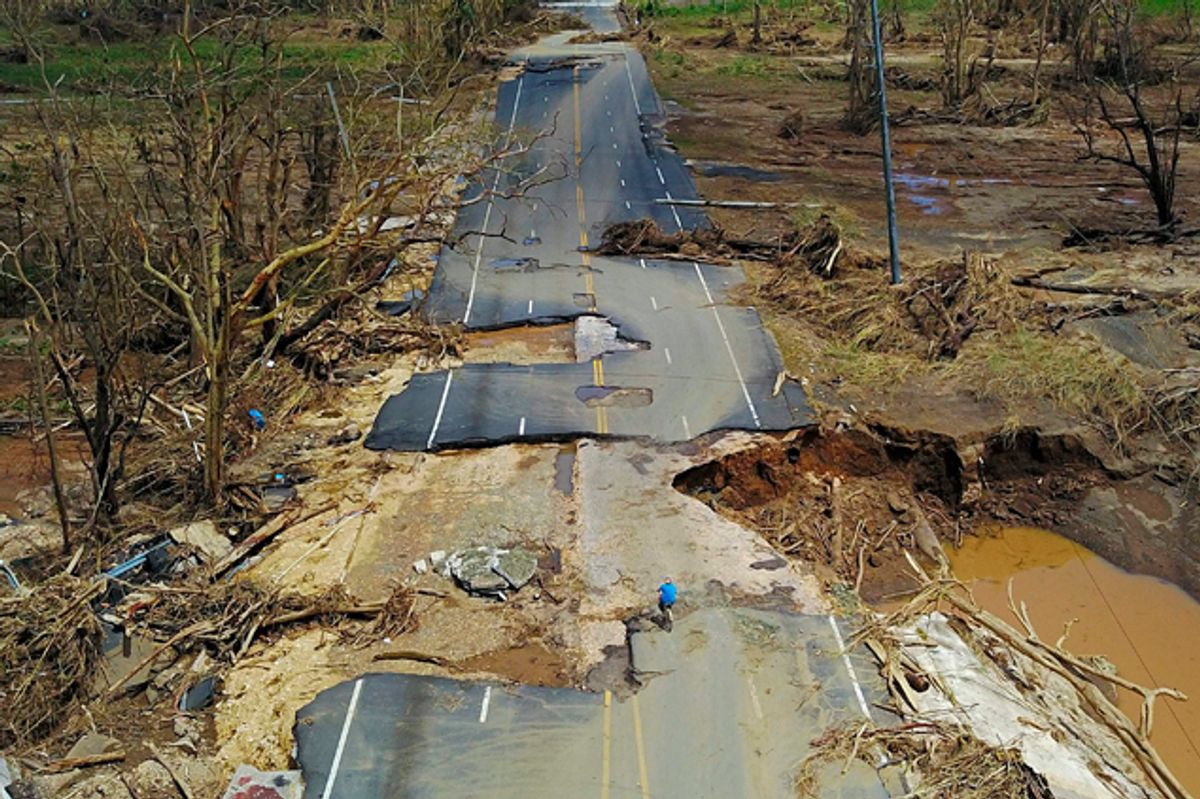 Puerto Rico's infrastructure is in desperate need of repair, which makes it all the more puzzling that the commonwealth's state-owned utility hired an obscure Montana firm to do the job.

Whitefish Energy, which was founded in 2015, signed a $300 million contract with Puerto Rico Electric Power Authority, according to The Washington Post. It did this instead of activating a "mutual aid" agreement it has with other utilities, one that has been used in other areas struck by natural disasters to speedily recover their infrastructure.

Although Whitefish Energy only had two full-time employees on the day that Hurricane Maria struck the island, it claimed on Monday that it had hired 280 workers, primarily through subcontracting, in order to begin repairing the devastated territory's electrical infrastructure.

The fact that Whitefish Energy is so small and obscure, and that so many other seemingly superior alternatives exist, has raised questions about the company's connection to Secretary of the Interior Ryan Zinke. Whitefish Energy Chief Executive Andy Techmanski admitted to the Post that he knows Zinke, although Zinke's office claimed that this is merely because Whitefish is such a small town, saying, "everybody knows everybody."

The Post also learned that one of Zinke's sons had worked a summer job at one of Techmanski's construction sites with a friend.

Both Zinke and Techmanski insist that Zinke's connection to Techmanski and the town of Whitefish had nothing to do with the company being awarded the valuable contract.

Zinke has a controversial past that preceded his tenure as Trump's interior secretary. When he served as a Navy SEAL, Zinke was accused of travel fraud when he allegedly submitted travel vouchers for official duties when he in fact went to Whitefish to visit his mother and renovate his home.