Republicans know their tax plan will benefit the rich

The GOP and the Trump administration are still trying to sell their tax plan, as it poses to enrich the swamp 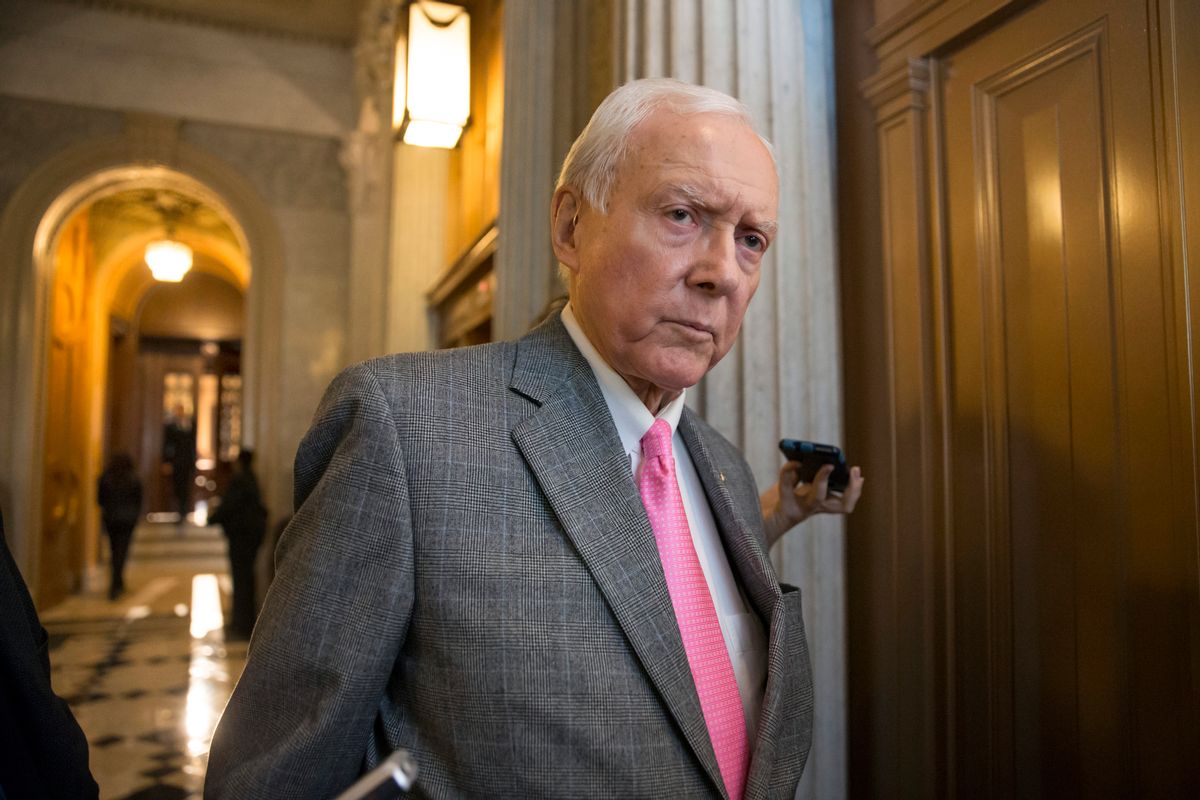 It's no secret that President Donald Trump's tax plan has been designed to make the wealthiest families in America its primary beneficiaries. In fact, it falls in line with the longstanding traditions of the Republicans Party, which has long centered its politics around the idea of a zero-sum game.

The Republicans of old would have at least attempted to sell their president's tax plan as a gift to middle and low income earners, but even that doesn't exist in the era of Trumpian austerity politics. Just ask Senate Finance Chairman Orrin Hatch, R-Utah.

"I don’t know why it’s such a big problem. They think that the rich are going to benefit?" Hatch told Bloomberg, in reference to the lower pass-through rate for businesses included in Trump's tax plan, which stands to disproportionately benefit top earners. "Well, the rich are going to always benefit. The question is: What works?"

Members of the House Freedom Caucus, however, have grown impatient with the lack of details on Trump's tax reform plan but only because they "are negotiating support of the budget resolution in exchange for assurances on the timing of a tax bill’s release," Bloomberg reported."The House is scheduled to vote Thursday on the Senate budget resolution, according to a House leadership aide — a crucial step to passing a tax bill with only Republican votes."

The tax bill is expected to be released by the House Ways and Means Committee on Oct. 30, which will likely see a vote the week of Nov. 13, according to Bloomberg. The Republican and the Trump administration are both desperate for legislative wins, especially following months of health care failure.

Nonetheless if the Trump administration, working with Congressional Republicans, are able to pass a major tax overhaul, it would likely prove to be another devastating blow to the nation's increasing wealth gap, which only ever seems to grab the attention of a few in Washington.

A recent Harvard-Harris poll showed that Sen. Bernie Sanders, I-Vt., who has been one of the only advocates for a true progressive economics platform, is still the most popular politician in the country, and by a decent margin.