The comedian and actor reveals his plan to save America, including nominating Tom Hanks for president 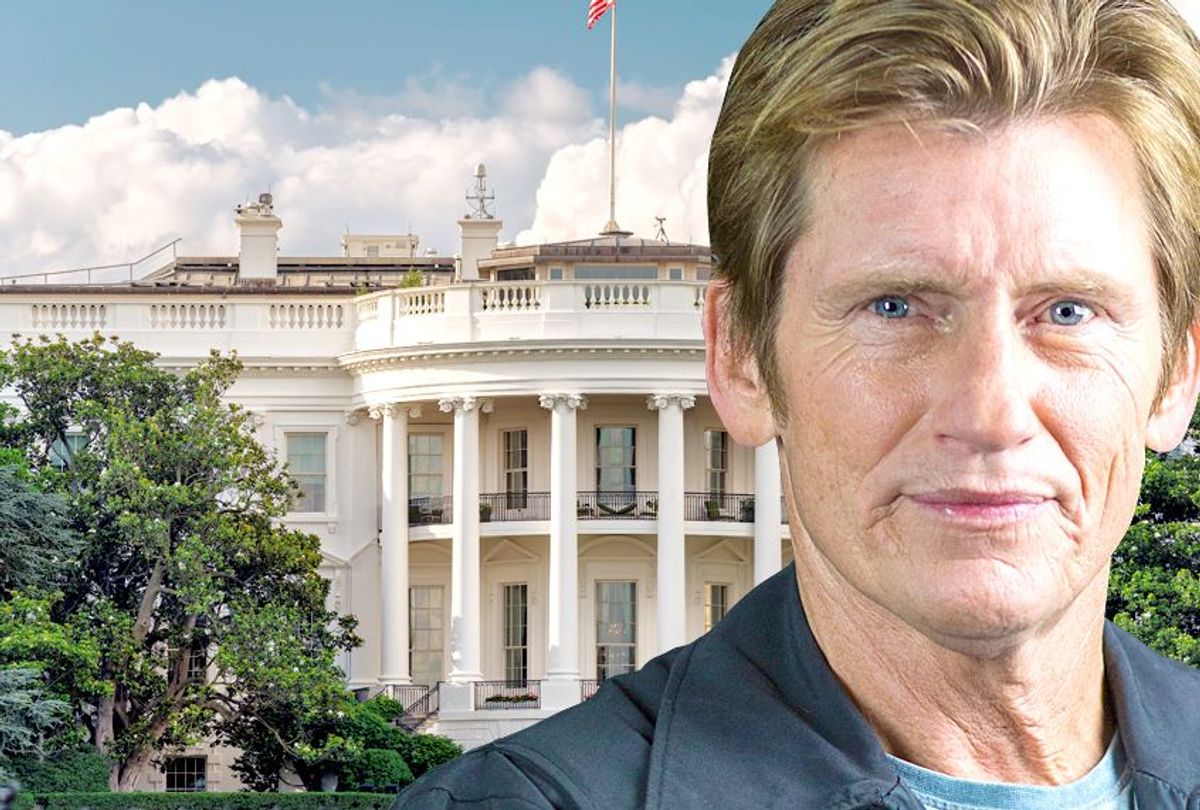 Fame has infiltrated the White House, but at this point, should celebrity actually be part of the strategy? Maybe, according to Denis Leary.

The actor, singer and comedian discussed his new book, "Why We Don't Suck: And How All of Us Need to Stop Being Such Partisan Little Bitches," and the effect comedy is having on democracy.

“If we have to deal in fame and that’s how we’re going to elect people — Oprah,” he suggested. “I want a female president. I think we, as a democracy, we’re really lagging behind. Other democracies that we’ve helped create have female leaders and we’ve never had one so I think it’s time for that.”

Leary went on to discuss how people connect with politics through entertainment, specifically comedy, which he touted as “the ultimate form of democracy.”

“If it’s fucking funny and you're doing it in front of a live audience, they vote with this fucking sound that comes out of their mouth, right?” he said. “Because they're basically agreeing with the point of view.”

And he pointed out that, yes, certain comedy sketches aren’t meant to be funny to everyone, but that’s the point.

“Are you gonna offend some people sometimes? It’s part of the process!” he exclaimed.

Comedy was a way to highlight controversy and problems in society in a way that makes people aware, makes them care, but also makes them laugh, and Leary implied that if “you don’t like it,” maybe just don’t watch.

“It’s always people without a sense of humor, by the way, that are criticizing the comedians.”

Watch the full "Salon Talks" conversation with Leary on Facebook.

Authors Books Comedy Denis Leary Donald Trump Fame Oprah Original Video Politics Salon Talks Why We Don't Suck: And How All Of Us Need To Stop Being Such Partisan Little Bitches