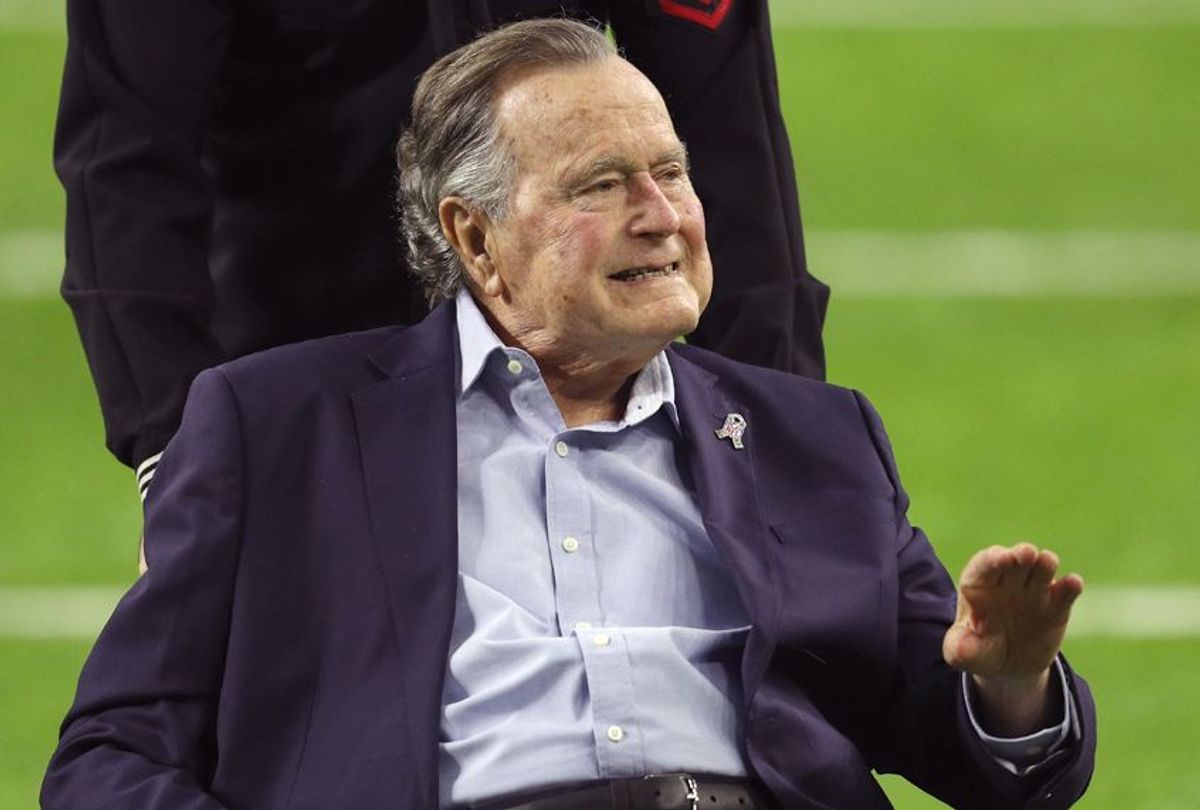 Former President George H. W. Bush has apologized after being accused of sexually assaulting an actress, although he characterizes the incident as an "attempt at humor."

In an Instagram post that described an incident, which allegedly occurred during a photo op for the 2014 Revolutionary War drama "Turn: Washington's Spies," actress Heather Lind claimed that Bush grabbed her behind twice and cracked a dirty joke while former First Lady Barbara Bush reacted with exasperation.

"But when I got the chance to meet George H. W. Bush four years ago to promote a historical television show I was working on, he sexually assaulted me while I was posing for a similar photo," Lind wrote in her Post. "He didn't shake my hand. He touched me from behind from his wheelchair with his wife Barbara Bush by his side. He told me a dirty joke."

She added, "And then, all the while being photographed, touched me again. Barbara rolled her eyes as if to say 'not again.'" Bush was 89 at the time, Lind was 30.

A spokesman for former President Bush, Jim McGrath, said in a statement that the president "would never — under any circumstance — intentionally cause anyone distress" and that he apologizes "if his attempt at humor offended Ms. Lind."

Bush has now joined America's other president from the 1990s, Bill Clinton, in being accused of sexual improprieties. Unlike Bush, however, Clinton has had multiple accusations made against him, stretching back to his days as Arkansas attorney general (when Juanita Broaddrick accused him of raping her) and governor of Arkansas (when Paula Jones accused him of sexually harassing her).

Clinton also infamously had an affair with a White House intern in her early 20s named Monica Lewinsky during his first term as president, while he was in his late 40s and early 50s. Although Lewinsky never accused the president of doing anything non-consensual, the power dynamic in that affair was undeniably one-sided, and Clinton's subsequent attempts to conceal it resulted in an impeachment trial that nearly ended his presidency.

Bush and Clinton aren't the only nationally elected politicians from the '90s who have faced such accusations. Former Vice President Al Gore was accused of sexually assaulting a massage therapist in Portland, Oregon in 2006, right at the time that he was receiving acclaim for his revived career as an activist fighting man-made climate change. At the time, Salon ran a story called "3 Reasons To Doubt The Al Gore Sex Assault Story."

Unlike Clinton and Gore, Bush has at least apologized through representatives in a way that admits that he did what he has been accused of doing, implicitly. However, passing it off as "humor" continues the outrage and appears an attempt to minimize the offense. In effect, it compounds and underlines the problems that led to the assault in the first place, rather than bringing the issue to a tidy close.