Jeff Flake is no hero

Flake's speech announcing his retirement was a political move rather than a moment of patriotism, but it matters 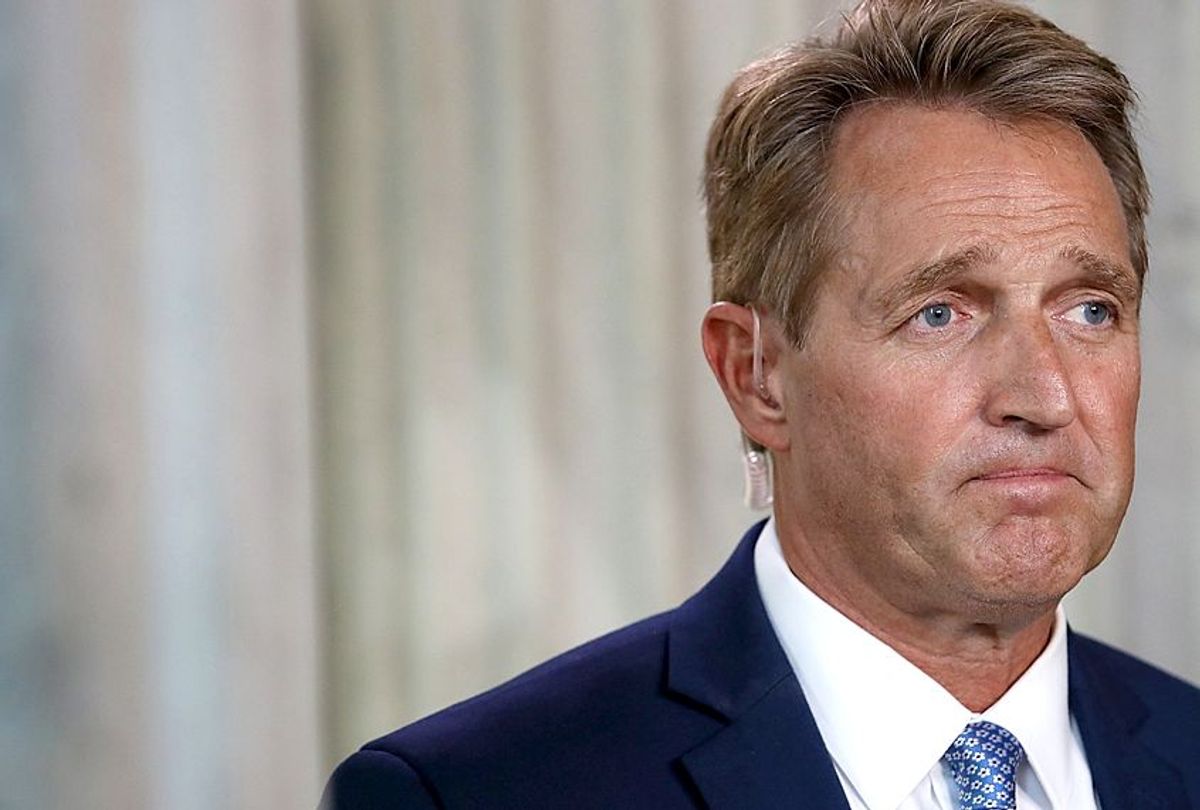 Sen. Jeff Flake's speech on the Senate Floor Tuesday has been heralded in some corners for its sharp criticism of President Donald Trump. In the speech, Flake passionately called for a return to normalcy, noting that posterity was watching.

"We must stop pretending that the conduct of some in our executive branch are normal. They are not normal," Flake said.

"I have children and grandchildren to answer to, and so, Mr. President, I will not be complicit and silent," Flake continued. "When the next generation asks us, why didn’t you do something, why didn’t you speak up, what are we going to say?"

Flake's response to the next generation will be simple: He got out of there to save face.

On Wednesday morning, after the fallout to his bombshell announcement, Flake put the kibosh on any notion that he'd do anything heroic in his last year in office, telling CBS News that impeachment was reserved for "high crimes [and] misdemeanors."

"People talk about impeachment on the left, I don't think that's the direction to go. Nor do I think the 25th Amendment is either," Flake said.

Flake's retirement will have huge ramifications on the future of the Senate and likely the GOP. Flake has obviously determined that his stance against Trump will not win over the GOP base, including Republican primary voters in his state of Arizona. Flake's brand of conservatism no longer plays well with nationalists that have overtaken the Republican Party.

So his decision to retire was likely made out of political expediency, not some upsurge in patriotism. And Flake admitted as such on Wednesday.

"The bottom line is, if I were to run a campaign that I could be proud of, and where I didn’t have to cozy up to the president and his positions or his behavior, I could not win in a Republican primary," Flake told MSNBC’s "Morning Joe." "That’s the bottom line."

As F. Scott Fitzgerald once wrote, "Show me a hero and I'll write you a tragedy." The tragedy here was that Flake found himself so powerless and impotent in the Trump-lead Republican Party today, he knew that his career was over. So before he walked out of Congress for good, he figured he'd throw a few punches at Trump for hijacking the party from him. Flake's courage stops there, however. The senator will not be leading any calls for impeachment or obstructing Trump every step of the way. He already killed the legislation — supported by Trump — that would have allowed consumers to sue the big banks.

Flake's story this week is not a tale of heroism. It's a tragedy.