Trump shifts the blame on Niger: "My generals and my military, they have decision-making ability" 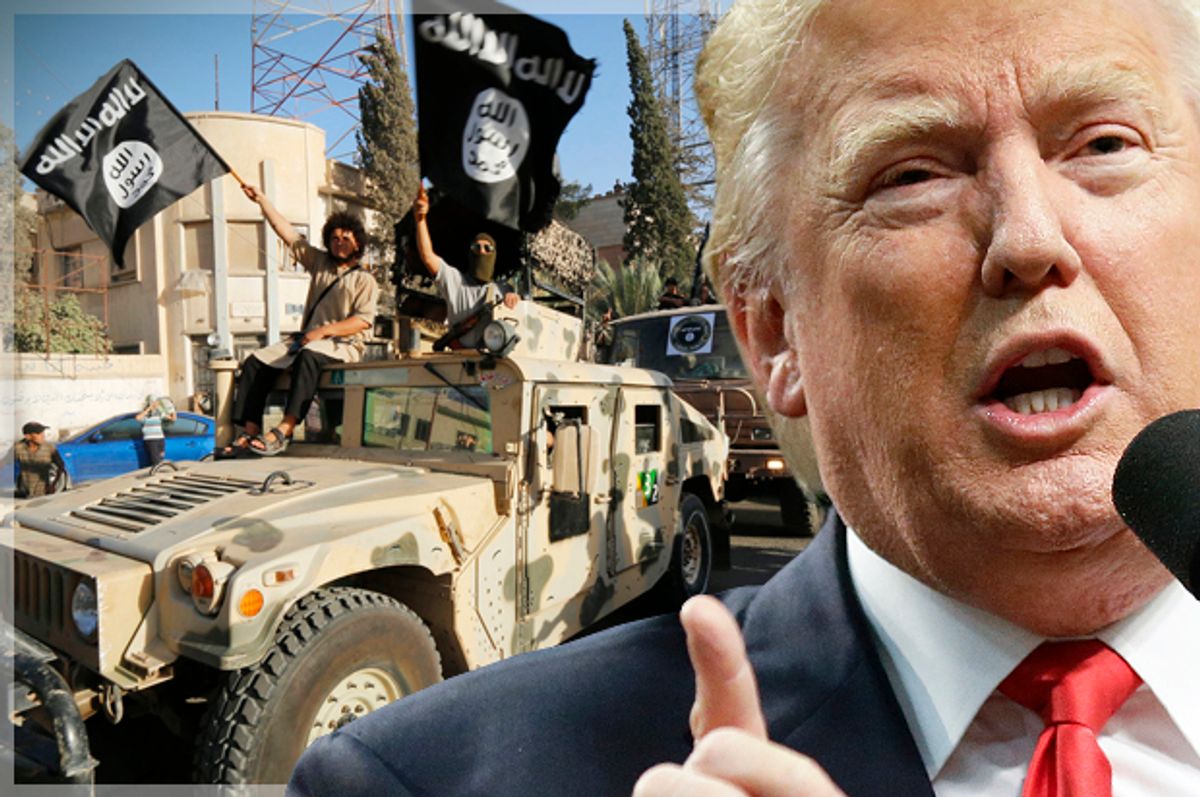 President Donald Trump, who has often assumed the role of poster child for respect of the military, said on Wednesday afternoon that he couldn't be held accountable as commander-in-chief for the ambush in Niger because he didn't "specifically" sign off on the Special Forces' botched mission which claimed the lives of four American commandos.

During an impromptu press conference in front of the White House, reporters asked the president if he had authorized the Oct. 4 mission in the West African nation where rebel militants have taken root.

"No, I didn't. Not specifically," the president replied. "But I have generals that are great generals, great fighters, these are warriors . . . My generals and my military, they have decision-making ability."

He further explained: "As far as the incident that we’re talking about, I’ve been seeing it just like you’ve been seeing it. I’ve been getting reports. They have to meet the enemy and they meet them tough and that’s what happens."

Pres. Trump says he didn't "specifically" authorize Niger mission, but gave generals "authority to do what's right so that we win." pic.twitter.com/OAPqjpo3Ja

Trump's comments on Wednesday prove once more that he is entirely incapable of accepting responsibility — unless it is for success. Of course, he decided last spring to delegate broader authority to the Pentagon for exactly these types of missions.

Details of the mission, which had originally been dubbed a joint "patrol," have slowly dripped out from the Pentagon since it initially began on Oct. 3, including 12 days of total silence from the White House. On the morning of Oct. 4, the group of a dozen U.S. Special Forces soldiers, along with roughly 30 Nigerien soldiers, was ambushed by about 50 militants who are believed to be associated with the Islamic State.

While Trump didn't explicitly blame the military for the mission, he certainly made sure he cleared his name from responsibility, and it's not the first time he's done this.

Just days into his presidency, Trump signed off on a raid in Yemen which resulted in the death of one U.S. soldier and as many as 25 civilians, many of whom were young children. The American Civil Liberties Union has even filed a lawsuit against the Trump administration in hopes that files on the mission will be made available to the public.

The mission "was started before I got here," The Washington Post reported the president as insisting. "This was something that was, you know, just — they wanted to do,” Trump said. “And they came to see me and they explained what they wanted to do, the generals, who are very respected," he added.

As covert counterinsurgency operations across Africa only appear to be deepening, few questions have been asked about the rapidly expanding, and seemingly endless, global footprint of the U.S. military, which has now deployed Special Forces soldiers into 70 percent — or 138 — of the world's countries.