It shows just how threatening he was 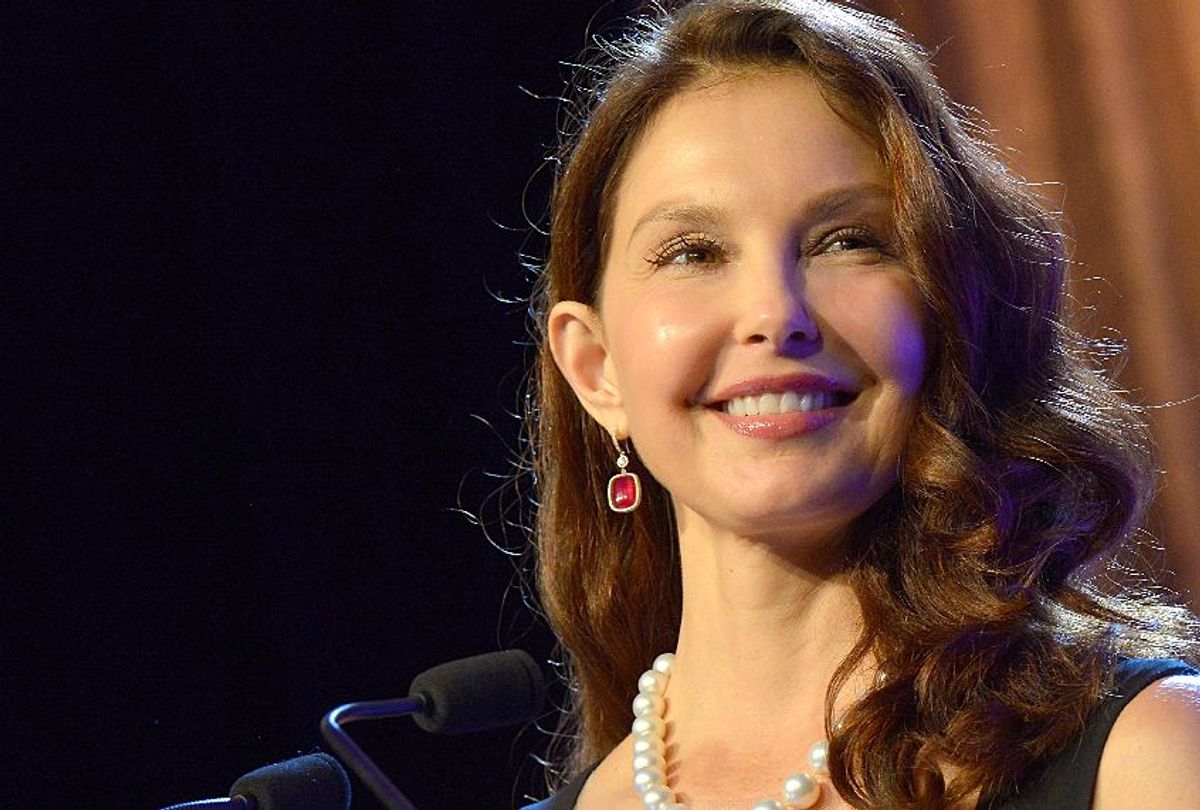 In her first on-camera interview after alleging in The New York Times that producer Harvey Weinstein has harassed her, actor Ashley Judd revealed details of his behavior to ABC News' Diane Sawyer.

Describing a pattern now all-too familiar to those who have been following the series of accusations against the now-disgraced producer, Judd claims that Weinstein invited Judd up to his hotel room in the course of what she believed was a business breakfast meeting in 1997. “I remember the lurch when I went to the [hotel] desk and I said, ‘Mr Weinstein, is he on the patio?’" said Judd. "And they said ‘He’s in his room’, and I was like ‘Oh, you’re kidding me?'"

This and further comments offered to Sawyer follow closely the narrative Judd gave to the Times in the article that first began what became a tidal wave of allegations against the producer. As of now, upwards of 50 women, including Weinstein's ex-employees and some of Hollywood's most famous, accomplished actresses have accused him of everything from simple harassment and browbeating, to sexual assault, to extended and violent rape.

As previously related by Judd in the Times, she claims that in his hotel room, Weinstein applied full pressure on her, trying to get her into bed, trying to get a massage, trying so much more. She resisted verbally, she said, but to little avail. “There’s this constant grooming, negotiation going on," she told Sawyer. "I thought no meant 'no.' I fought with this volley of 'noes,' which he ignored."

It's then that she says she devised a way out by playing into Weinstein's ego and bargaining.

“He kept coming at me with all this other stuff, and finally I just said, ‘When I win an Oscar in one of your movies, okay?'” Judd said. “And he was like, ‘Yeah, when you get nominated.’ And I said, ‘No! When I win an Oscar.’" Allegedly this lie worked well enough to give Judd enough space to make her way out. "I fled," she said. "I just fled."

About her ruse, Judd told Sawyer, “I think, you know, am I proud of that? I’m of two minds." She continued: "The part that shames myself says 'no.' The part of me that understands the way shame works says ‘that was absolutely brilliant, good job, kid. You got out of there. Well done.'"

Asked why she didn't report the producer immediately, Judd spoke of her predicament at the time. "I don’t know that I would have been believed and who was I to tell? I knew it was disgusting. Was I going to tell the concierge who sent me up to the room?"

Judd wrapped up her talk with Sawyer, talking about belief, the system and her own experiences. She said she wished “go back with a magic wand," adding "I wish I could prevent it for anyone, always.”