Trump's opioid declaration doesn't include a request for more funding 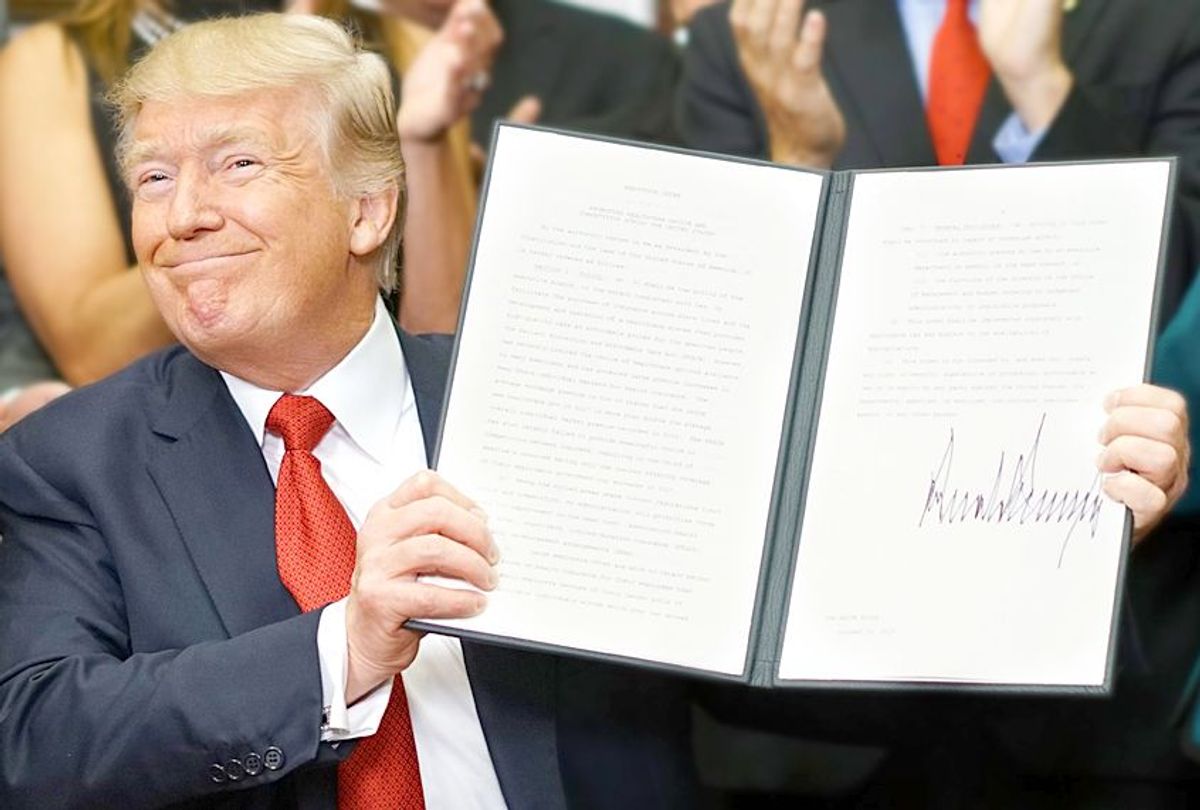 President Donald Trump declared the opioid crisis to be a "nationwide public health emergency" on Thursday afternoon, but as with much of the president's rhetoric, it rung hollow for many.

For weeks, the Trump administration has said it would declare the opioid crisis to be a national emergency. But a public health emergency differs in that it has to be renewed every 90 days and "is narrower than what his own opioid commission had recommended," which doesn't provide new funds for suffering communities, Politico reported.

The opioid epidemic is now claiming 50,000 lives annually in America, which is 10,000 more lives than the HIV/AIDS epidemic at its height. Drug overdoses, primarily because of the substantial increase in opioid-related overdoses, are now the number one cause of death for Americans under 50 years old.

"Everything that was mentioned today sounds helpful, but mentioning a few helpful items is not a plan," Andrew Kolodny, MD, co-director of the Opioid Policy Research Collaborative at Brandeis University's Heller School for Social Policy and Management, told TIME magazine.

Kolodny hoped Trump would announce an appropriation of $60 billion over the next decade. But that never happened, and state and public health experts grew disappointed.

“We are disappointed that [the] President took two months to act after acknowledging the opioid epidemic is one of the most serious public health crisis of a generation, but we are hopeful that today’s declaration is finally a sign of positive momentum," CEO of the National League of Cities, Clarence Anthony, said in a statement on Thursday. "We have long believed that the increasing number of people addicted to heroin, painkillers and other opioid derivatives has warranted the declaration of a national emergency."

Instead, Trump suggested there be "really tough, really big, really great advertising so we get to people before they start." He added, "If we can teach young people not to take drugs . . . it's really, really easy not to take them."

So what does the announcement actually do? Well, the president's declaration "will allow public health agencies to swiftly redirect existing health resources to the crisis, but won't add fresh funds," Politico reported. The Department of Health and Human Services (HHS) will also have the option to waive regulations.

It also provides rural-area patients access to telemedicine, which is often used to help treat substance addiction. It also gives "states the freedom to hire more substance abuse counselors and it allows for existing funding for displaced workers and those with HIV/AIDS to be shifted to help the addicted."

Refilling the HHS public health fund's bank account — which currently has an estimated $57,000 — has largely been left up to Congress.

Dr. Richard D. Blondell, professor and vice chair for addiction medicine at the University of Buffalo's Department of Family Medicine called Trump's speech "probably a good photo-op," according to TIME. "It's like a bunch of kids drowning in a river — we need to go upstream and find out why they're drowning in the first place. We need to do something so that doctors stop prescribing people into addiction."