AMC’s Fear Fest is back! Here are the most terrifying movies on TV this Halloween

A week of televised frights leading up to Halloween 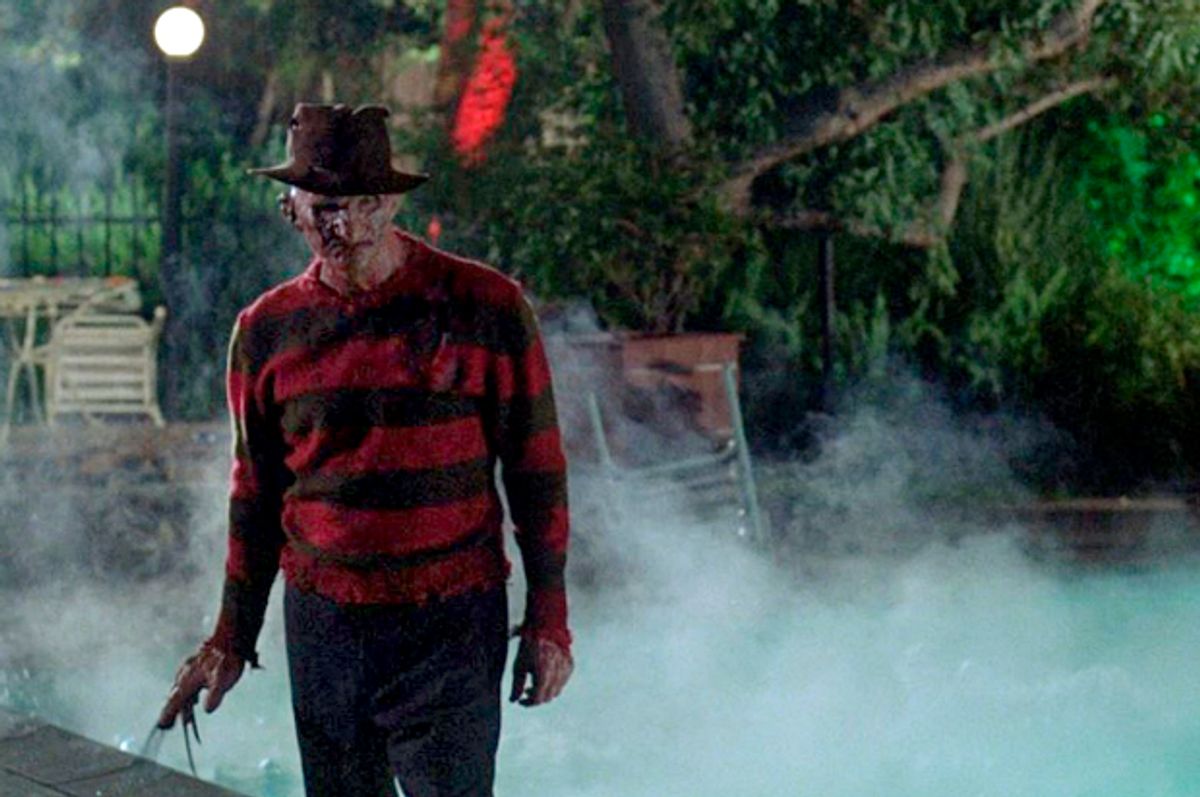 It’s that time of the year again, where grown-ups get to dress up, kids go crazy on candy, and in houses everywhere, families put on their favorite scary movies and scare the living daylights out of each other.

To keep the frights in full force, we give you our top picks of this year’s Fear Fest horror marathon. Kicking off Monday, October 23, on AMC, Fear Fest serves up a week of non-stop horror flicks, including some all-time cult classics, and is available on cable TV providers such as DISH.

The original cult classic that spawned six killer-doll sequels. A single mother gives her son a doll for his birthday, only to discover it’s possessed by the soul of a serial killer. The moral of the story? Never mess with an evil doll.

In this world TV premiere, series creator Don Mancini returns to direct the seventh helping of the demon-doll slasher series. Watch Chucky settle scores with old enemies, with the help of his homicidal girlfriend. Fresh ideas and strong performances make this one of the best in the series.

In this prequel to the highly rated hit The Conjuring, expecting newlyweds Mia and John experience terrifying supernatural occurrences involving a rare vintage doll, shortly after their home is invaded by a pair of satanic killers. ’Nuff said!

A chilling adaptation of Stephen King’s horror novel, featuring director Brian De Palma at the top of his game, Carrie is a story about a bullied misfit who wreaks havoc on prom night, unleashing her telekinetic powers on anyone who gets in her way.

Rambo meets Aliens in this perfect mix of biceps, bombs, and bravado. Starring Arnold Schwarzenegger as the cigar-chomping leader of a special forces team that’s dropped into the jungle on a classified mission only to be hunted by an alien creature who makes trophies out of men’s skulls.

In one of the most beloved and well-regarded Jaws knock-offs, genetically modified, flesh-eating piranhas are accidentally released into a summer resort’s rivers. The guests become their next meal.

There’s something horrible happening in Springwood. In this remake of the 1984 classic, Freddy Krueger rises once again, this time to haunt the children of the parents who murdered him, taunting and stalking them in their dreams. Just remember not to sleep… or you may never wake up.

John Carpenter’s Halloween forever changed the face of horror. The genesis of the slasher movement, this horror classic has been admired and imitated for over 30 years, earning the reputation as one of the scariest movies of all time. There’s nothing better to watch on Halloween!