Protesters assembled outside a GOPer's office to oppose his anti-immigrant policies, when they were targeted 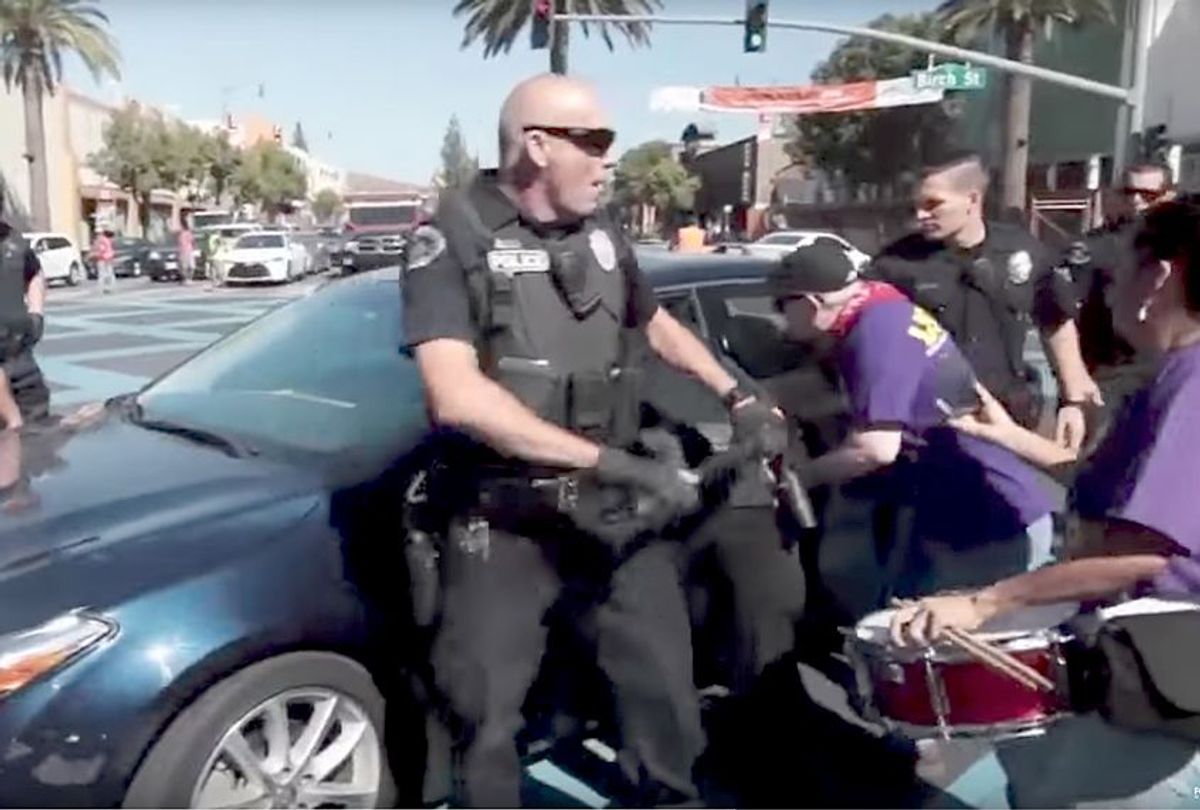 A man was arrested in Orange County, California, after plowing his car into a group of protesters in a manner reminiscent of the infamous violence at the Charlottesville protests.

The alleged driver, 56-year-old Daniel Wenzek, is accused of being the man behind the wheel of a car that plowed through a group of pro-immigrant protesters who had gathered near the Brea office of Rep. Royce, according to the Los Angeles Times. The protesters had initially assembled outside of Royce's office but, after being told to leave, proceeded to march in a circle at an intersection near his office. Police began to try to shut down the protest at around 12:30 p.m.  because it was blocking cars from the intersection. It was at this time that the car began to plow through the protesters.

Although no injuries were reported, organizers claim that several hundred people were protesting at Royce's office, meaning that the driver could have caused multiple casualties. Wenzek was booked and then released pending further investigation.

Wenzek and James Alex Fields Jr. (the accused from Charlottesville) have acted out a right-wing fantasy of driving cars into protesters that long preceded either of their alleged actions. Police officers in Minnesota, New Mexico and Oregon got into trouble in 2016 for joking about using cars to run over Black Lives Matter and other left-wing protesters. There were also actual incidents in which Black Lives Matter protesters were attacked with cars in both Illinois and Missouri, with one 16-year-old girl being injured on the latter occasion.

Even worse, the states of North Dakota, North Carolina, Tennessee, Florida, Texas and Rhode Island have all considered laws that would shield drivers who hit protesters from legal ramifications. The first proposed law, in North Dakota, was actually defended on the grounds that it could stop terrorism.