Though Trump loves to brag about ratings, Fox News has taken a substantial ad-revenue hit since the election cycle 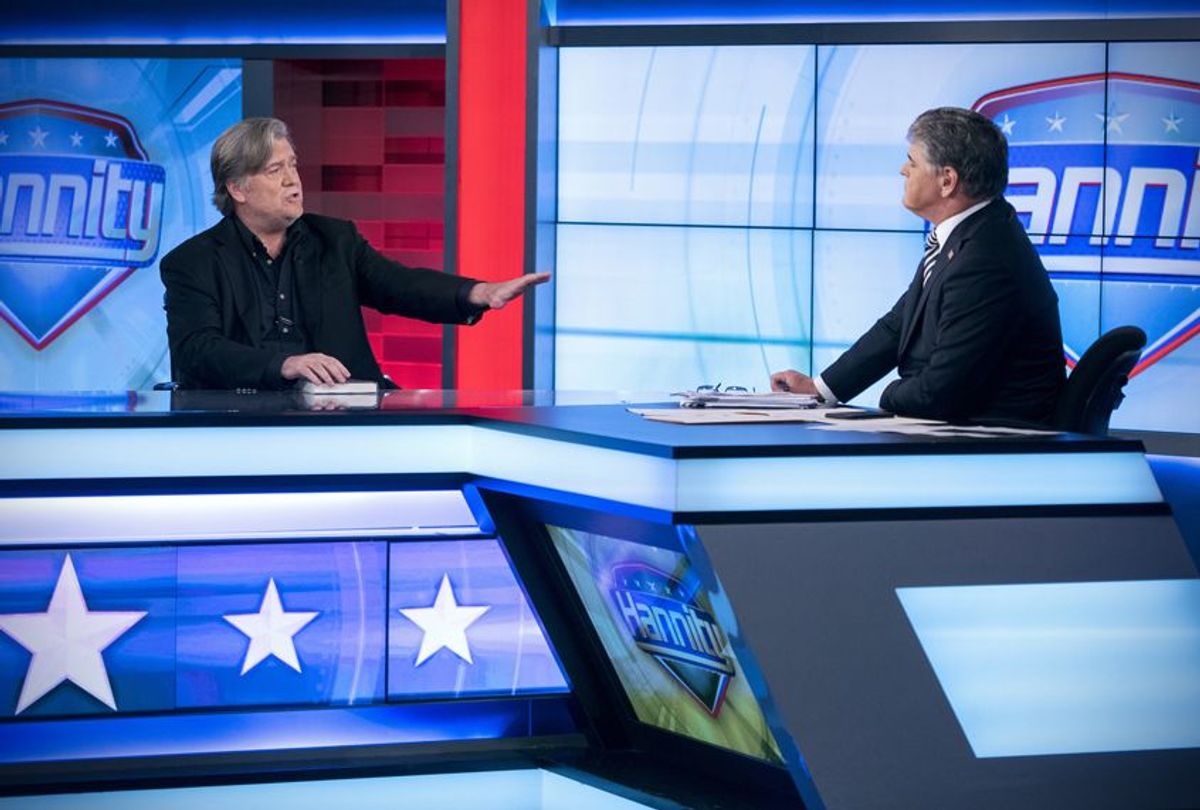 If there's one thing President Donald Trump has been clear about, it's that he loves to talk about ratings — but only when they put forth results that benefit him.

Certainly, his beloved Fox News Channel remains a ratings leader in many ways and in many time slots, when held against competitors like MSNBC and CNN. While MSNBC is now beating Fox in some show-to-show battles, the conservative network still has the win overall.

But ratings aren't the only mark of success for a broadcast or network. As it turns out, Fox News may be slipping in the arguably more important ad-revenue department, despite the president's shameless promotions depicting Fox News as the best, greatest network ever created.

While cable news advertising revenue has slumped across the board since the 2016 election, Fox News has taken the most substantial hit.

Revenue in September across all cable news platforms fell 7 percent when compared to September of last year, according to Adweek. For the full quarter, which includes July, August and September, ad revenue for news programs went up 2 percent.

But Fox News fell 17 percent this September when compared to the same time last year. While networks such as CNN — which Trump has specifically taken aim at — only dipped 1 percent. MSNBC actually increased 2 percent, Adweek reported.

But this is less of a financial apocalypse than it is a sign of a potential shift. After all, Fox News still "commands the highest per-unit cost." "Tucker Carlson Tonight," for instance, cost $12,200 per spot this September, while "Hannity" cost $8,500. Yet at the same time last September, Fox News was earning roughly $31,300 per spot during the presidential election.

What's going on here? Overall, the public's ravenous hunger for TV news has waned in the wake of what may have been the most maddening and highly watched election since the advent of television. That's an effect being felt by almost all networks.

As well, now that Fox is no longer the opposition but the mouthpiece of a moment that controls all branches of government, there may be less incentive for the golden advertising demo of 18 to 34 to tune in. Moreover, advertisers may be more keenly aware that Fox News simply doesn't pull in that demo as well as MSNBC, which is also benefiting from its new role as the channel of the opposition.

That is all just guesswork though. What is known is that two of Fox's biggest moneymakers, Megyn Kelly and Bill O'Reilly, have left the network, and many higher-level advertisers have pulled out of Sean Hannity's prime-time show after he relentlessly pushed a debunked conspiracy about the slain DNC staffer, Seth Rich, the Huffington Post reported.

Trump loves to boast about Fox News because they often issue him praise, and he's taken an unprecedented hostile position towards the mainstream media. But whether he likes it or not, CNN and MSNBC appear to be gaining ground over Fox News for the moment.