Right-wing media's latest concoction: Stir a few old stories into the cauldron of Hillary hate. It just might work 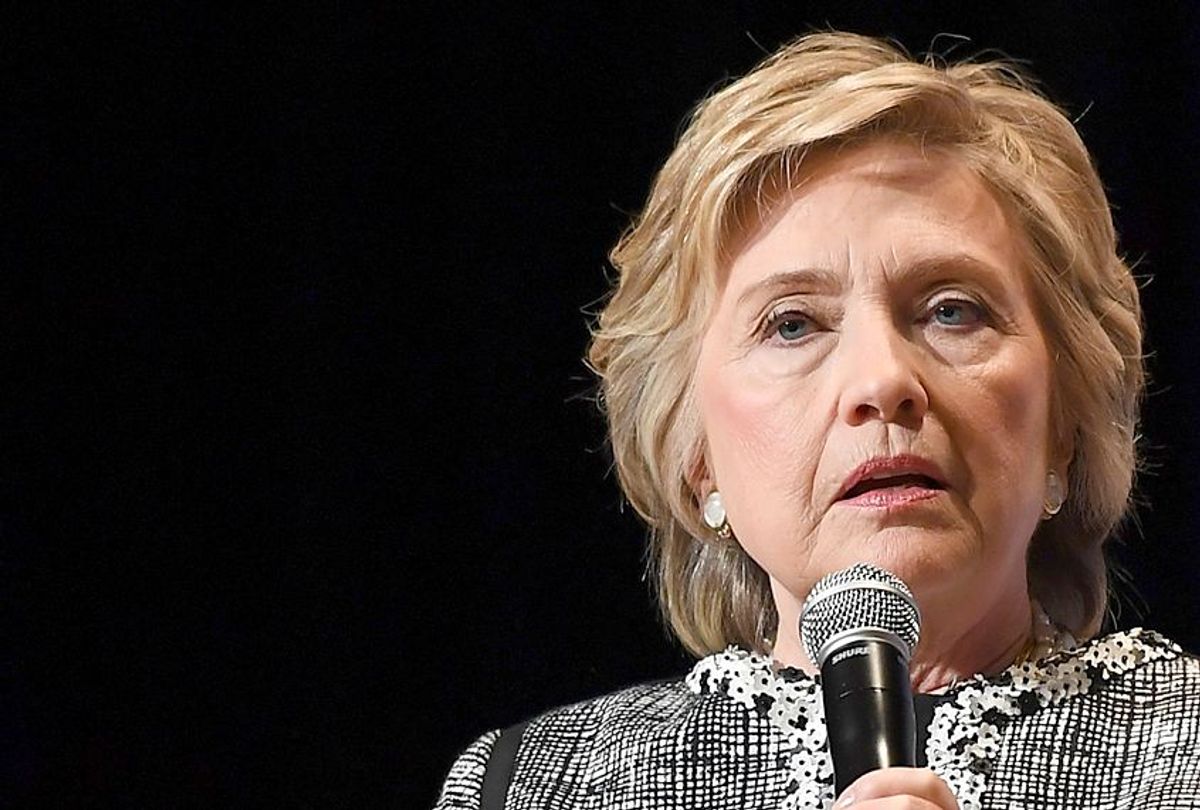 On Tuesday I happened to write about the brewing hysteria I saw in the right-wing media over what they're calling the "real Russia scandal." Lo and behold, later that very morning, House Intelligence Committee chair Rep. Devin Nunes, R-Calif., came before the cameras to announce a new investigation into a 2010 sale of uranium to Russia, which was approved by the Obama administration's State Department -- then headed by Hillary Clinton -- along with eight other departments.

Rep. Trey Gowdy of the House Oversight Committee also announced a new investigation into the Clinton email probe -- yes, that would be an investigation of an investigation --and the Washington Post published a reported that lawyers for the Clinton campaign and the Democratic National Committee had picked up the tab for the infamous "Steele dossier" after the original Republican clients had decided to drop it. (Not news. It was reported as early as October 2016 that Democrats had paid for it.)

Republicans have been desperate to figure out a way to discredit special counsel Robert Mueller and at the same time muddy the waters with some parallel scandal implicating Hillary Clinton. They understand perfectly well that pursuing her is something of a compulsive neurosis among the political media. They seem to have decided that their best bet is to throw several different Russia-related threads out at the same time to try to overwhelm the system.

Paul Waldman at the Washington Post, David Corn at Mother Jones (who first broke the story about Democratic funding a year ago) and Jonathan Chait at New York magazine have all written excellent pieces deconstructing the ridiculous pseudo-scandal of the Steele dossier and what the Republicans are trying to accomplish.

The most important piece of evidence comes from the Wall Street Journal, which laid it all out in an editorial entitled Democrats, Russians and the FBI. Did the bureau use disinformation to trigger its Trump probe? They assert that since Steele had Russian sources and was working for the Clinton campaign, that proves it was she and not Donald Trump who colluded with a foreign power. Furthermore, the fact that the FBI treated Steele's information seriously means it too was in on the collusion; that implicates James Comey along with Robert Mueller, because they know each other. Therefore, Mueller must resign to "prevent further political turmoil over that conflict of interest.”

There are a dozen flaws in this argument but the most important is the one set forth by Robert Litt, former general counsel to the office of the director of national intelligence under the Obama administration:

The dossier itself played absolutely no role in the coordinated intelligence assessment that Russia interfered in our election. That assessment, which was released in unclassified form in January but which contained much more detail in the classified version that has been briefed to Congress, was based entirely on other sources and analysis.

Other than that, they have an airtight case.

As for Gowdy's snipe hunt into the Justice Department's handling of Clinton's emails, well, what can you say? It's an obsession. Unfortunately, the head of the Senate Judiciary Committee, Chuck Grassley, is also joining the hunt. Let's just say that it won't be surprising to see a full-fledged show trial on Capitol Hill featuring Clinton, Loretta Lynch and James Comey at some point in the next few months.

Finally, we have the Russia uranium story, which reaches back more than seven years into the Obama administration. This one was originally flogged in the book "Clinton Cash" by right-wing journalist Peter Schweizer, a co-founder of Steve Bannon's Government Accountability Institute, a conservative nonprofit funded by Robert and Rebekah Mercer whose name seems designed to create confusion. (For instance, with the Government Accountability Project, a well-respected whistleblower advocacy group that's been around for 40 years.)

This tale was thoroughly debunked during the campaign. There is no evidence that Clinton took a particular interest in the uranium sale or that it was an unusual transaction in any way. Nonetheless, Fox News, led by Sean Hannity, has pushed this story hard, based on a repackaging of the old story by a right wing journalist named John Solomon in the Hill alleging that  “Russian nuclear officials had routed millions of dollars to the U.S. designed to benefit former President Bill Clinton’s charitable foundation during the time Secretary of State Hillary Clinton served on a government body that provided a favorable decision to Moscow.” (Eric Wemple of the Washington Post unravels the entire convoluted tale here.)

There's no evidence that the Clintons were aware any of this was happening, and the underlying conspiracy theory that Hillary Clinton personally pushed the uranium deal through is still nonsense. But the Fox talking heads have found a way to imply that the FBI and the Justice Department have been covering up for Clinton and Obama, which once again leads to Comey, Mueller and even Deputy Attorney General Rod Rosenstein, who oversees the Mueller investigation.

Here's a little taste of what the Fox folks have been saying, in this case coming from someone who was a White House adviser just two months ago:

Donald Trump told the press on Wednesday: "Well, I think the uranium sale to Russia and the way it was done, so underhanded, with tremendous amounts of money being passed, I actually think that's Watergate, modern age."

On Thursday night CNN reported that the president personally instructed his White House counsel to tell the Justice Department to "lift the gag order on an undercover informant who played a critical role in an FBI investigation into Russian efforts to gain influence in the uranium industry in the United States during the Obama administration." Apparently, he's upset that Sessions hasn't been following up on Sean Hannity's big scoop.

If you didn't know better you might just think that the White House, the GOP Congress and the right-wing media were colluding on all of this.

Nobody knows if any of these charges will stick or if Republicans will now be able to engineer the defenestration of Robert Mueller. But they know for a fact that they can convince their base that Hillary Clinton is at the heart of the "real Russia scandal" and anything Mueller may come up with is nothing more than a cover-up for her crimes. After all, those people voted for Donald Trump. They'll obviously believe anything.