"Whistle, and I'll Come to You," a horror story about self-deception, seems about right this year

The finest Halloween TV film ever made, and its grim relevance in 2017 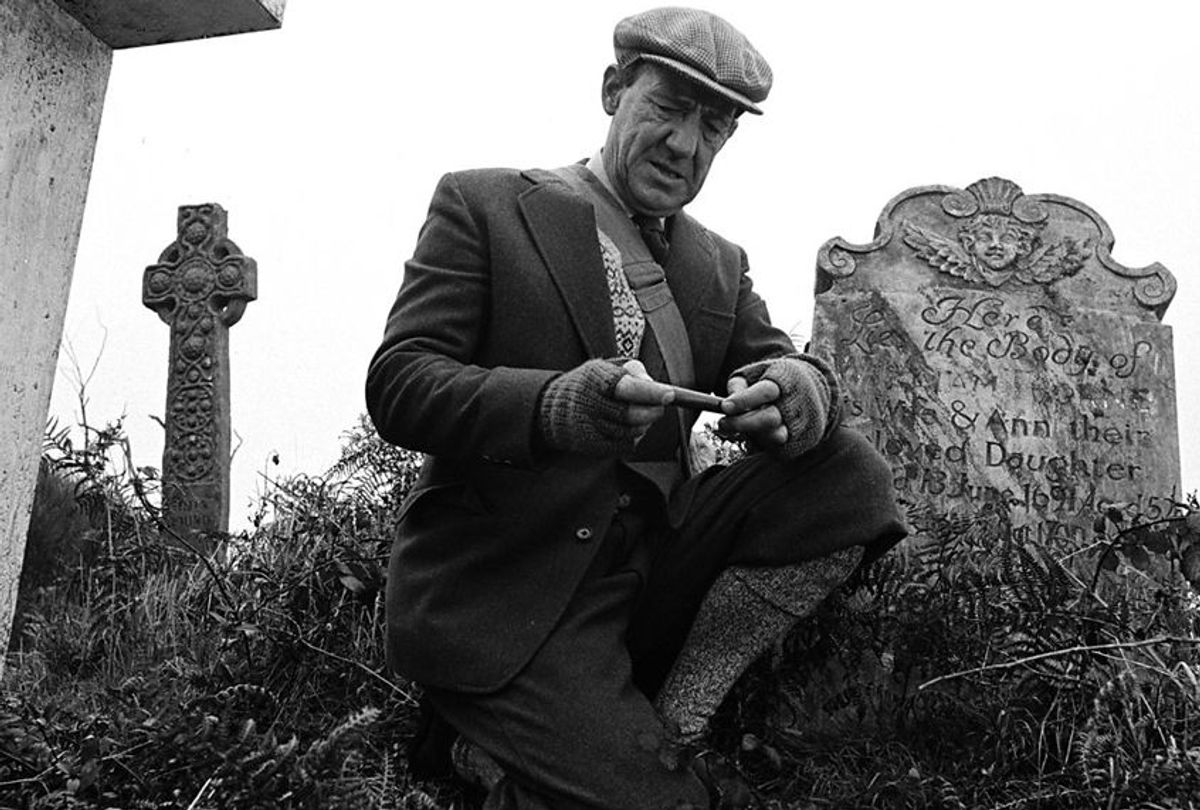 One of the joys of being a perpetual horror fiend — of the perpetually above-ground variety — is sussing out great works of terror that either generally avoid detection or else have receded from the memories they once happily haunted.

Maybe they exist, still, at the corner of those recollective spaces, awaiting their chance to be moved back to the center, to have away at heart rates and neck hairs anew. Better still if this horror item in question is readily shared with others, and even better yet if it has dominion on the past from which it comes, and also relevance on the world where it has reemerged.

One of the best examples of this, for me, and something that will give you about 40 minutes of mega-high Halloween value, is the 1968 BBC film "Whistle and I’ll Come to You," which was made, strangely, for a documentary series called Omnibus. Suffice to say, this does not fall into that category, but there it is all the same. Let us call it a documentary of personal terror, then.

The film gets its marching orders from the story called “Oh, Whistle, and I’ll Come to You, My Lad” — Robert Burns having provided the line — by M.R. James. You can find the piece anthologized everywhere, since it’s one of our half dozen or so best ghost stories, but it first appeared in James’ 1904 collection "Ghost Stories of an Antiquary," the end-all, be-all for spook-based round-ups. James was a provost and medieval scholar, a classic English academic, but with an unexpected hobby: scaring people out of their bleeding minds. At school, he’d invite a few favorite students and some of his colleagues into his room at Christmastime, where he would read aloud his latest ghostly opus.

It is no small boast to make on behalf of the 1968 film to call it a work richer and more resonant than what I have no problem saying is James’ best ghost story. As I watched it again this autumn, I also couldn’t believe how minatorily relevant it is for the world we live in now. Michael Hordern is Professor Parkins. If you know this actor, it’s probably because once a year you’re one of those people who make a point of watching the 1951 version of "A Christmas Carol" — released as "Scrooge" in England — starring Alastair Sim. Hordern plays Marley, and the scariest Marley we have at that in all of cinema, the ghost who comes to visit, but in "Whistle" he is the professor who is visited upon by terrors that emanate from his own lack of self-awareness.

The film opens with two maids making a bed — and much show is made about how punctilious they are in this endeavor — in an English seaside resort town. The soundtrack is comprised of the flapping of sheets, the tucking of corners, the tread of shoes on polished floors. Everything looks and feels white, wide-open, blank parchment awaiting whatever is to be writ upon it.

I think we can look at ourselves this way, especially here in 2017, in a world where it is not so much reality that holds sway, at the level of the individual, but whatever narrative a given individual is going to manufacture, which they will in turn call reality, though it rarely proves congruous with actual reality.

We all know people like this. Chances are, we are a person like this, though few of us have the unblanched courage to assess this state of affairs straight on and course-correct accordingly back to actual reality. But we see this in others often enough, so much so that we can be concerned, voicing these concerns to mutual friends, tut-tutting all the time about what so-and-so might do to shed their illusions.

That’s what this film is about, a kind of ghosting of one’s true self. Hordern’s Professor Parkins is a man who clings to a desperate view: that he has most of himself figured out. He is not a joyless man, but the nature of his jokes are little asides under his breath as he unpacks, as though his joviality could only come in sub-rosa moments, when he is the only person there to listen in.

The crisp black-and-white photography, like the chiaroscuro version of a bracing late autumn afternoon, underscores the lack of grays in Parkins’ life. He is getting away after the end of the term for a golfing weekend. A professor friend has asked him to check out an archeological site if he gets a chance. Parkins happens upon it, without even having planned to spend any time there, and discovers a whistle of sorts. The implication, with this late-in-middle-age bachelor, is that he is gay, but would never allow for this, not even to himself. As such, Parkins is essentially asexual, not so much through choice as fear. His life is a series of postures, which, taken as a whole, construct his identity for his peers and his students, and, most importantly, for Parkins himself.

Back at his room, Parkins blows the whistle. Tough to miss the symbolism of that. This summons an entity who, shall we say, makes Irving’s Headless Horseman look like a manageable opponent, as all you need to do to escape his clutches is to haul ass across a covered bridge. But the terror that comes from the knowledge that one has so rarely dealt squarely with one’s own identity? That is a terror that can end a life. Not in a literal “Now I’m turning to dust” sense, but in terms of moving forward aligned to actual truth, rather than what had been the security blanket of falsified narrative.

Back outside, racing along by the sea, Parkins is pursued by the manifestation of his own internal terrors. They come from the past, they hunt in the present, they threaten to destroy all forms of a future. The creature, whatever it may be, gains ingress to Parkins’ room. There it befriends, let us say, his bedsheets, and Professor Parkins has a real problem to contend with. The faster he runs, the less distance he creates between himself and his pursuer.

But, we’ve all experienced this, haven’t we? That’s one reason James’ story remains so effective, and this film, which makes terror visible, perhaps more so. We all have our Professor Parkins-type stuff going on, with parts of our truest nature that we’ve cobwebbed over because we don’t want to deal with it. In an age of great, mindless, soul-sapping homogeneity, where appearance is Superman and reality Clark Kent — or so it can seem — our stage management of what we are trumps what we actually are.

Or does it? Because that’s the thing about actual reality — it always makes its inroads. Sometimes that’s not at the forefront of our minds, and in "Whistle," reality is not at the forefront of Parkins’. But in that portion of our brains that possesses that voice that never goes away, that speaks incessantly, calling out the truth involuntarily so that we sometimes fight, most voluntarily, to shut it the hell up, the real reality is always there. That truth can be a terror. It can haunt us like nothing, living or dead, could haunt us. It can drive us out of our minds, make us depressed, make us mentally ill, eat up our sense of peace with ourselves like some zaftig Halloween monster with a sugar addiction.

Is Parkins going to survive his trip to the seaport? Well, I’m not going to tell you that, as you can find out for yourself. Which, coincidentally, I would say is the overall directive of "Whistle." So, put your fingers to your mouth, and blow away.