5 Awesome things that have been ruined by their fans

The greatest creations, characters and contraptions have been trashed for the rest of us by small-minded zealots 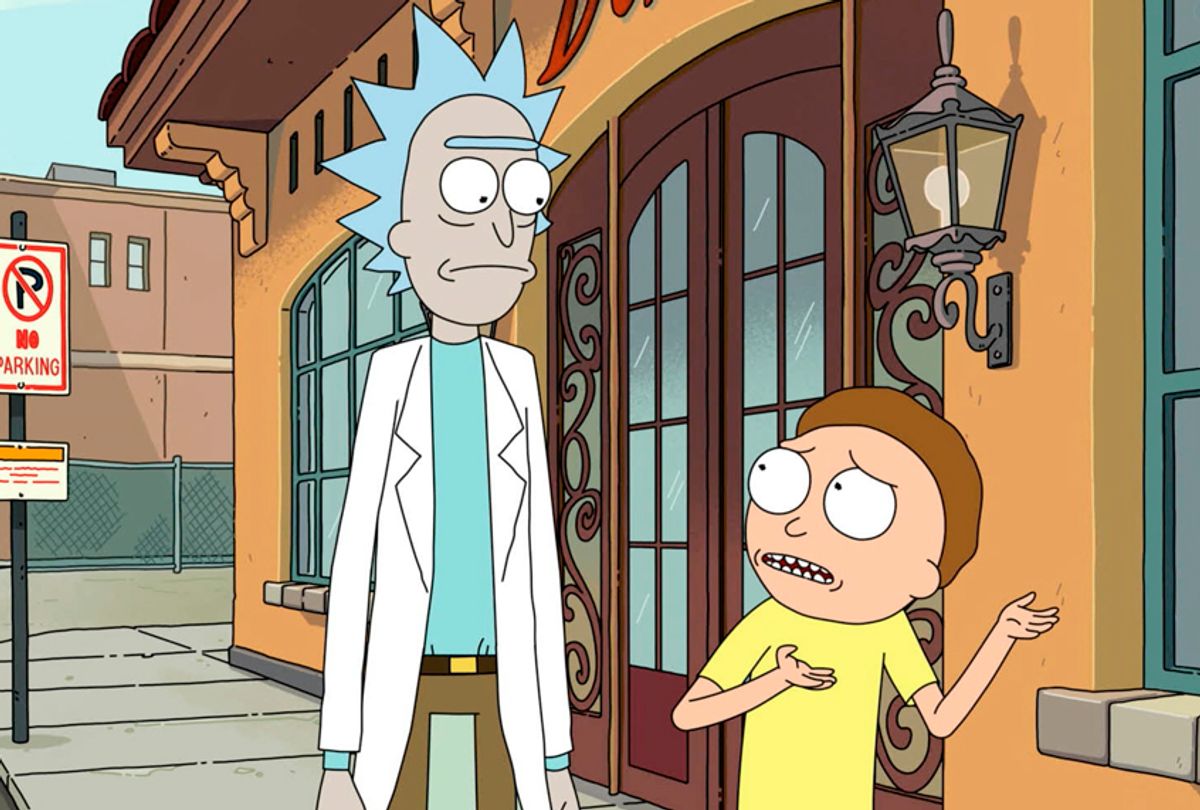 My girlfriend says that I'm an instigator. Well, if that's true, it's only because there is a certain type of person out there who gets so riled up by mindless support for X that they'll act like fools when X is challenged in any way.

Speaking of different types of fans:

1. Rick & Morty: A small subset of this fanbase made the news for causing a scene at multiple McDonald's outlets over a tie-in that wasn't even directly promoting their show. Any group that finds themselves on the wrong side of that kind of story needs to do some soul-searching.

I suspect that the type of "Rick & Morty" fan I'm talking about falls into that nebulous area that separates people who can merely recognize smart storytelling from those who actually understand it. Can there be any better example of this than an overprivileged mob getting semi-ironically outraged over a joke whose punchline is nihilism and randomness? Can anyone imagine Rick, one of the titular characters of their beloved show, acting in the way that they did?

The worst part about the "Rick & Morty" bros is that they don't realize just how unremarkable they really are. We have had ridiculous pop culture obsessions before and we will have them again. I could try to armchair psychoanalyze the archetypical "Rick & Morty" fan, but I suspect it wouldn't tell me anything different than I'd learn about fans of other properties. That's the thing that the "Rick & Morty" bros don't get: Rick is right about life being pointless. Stop acting like a cliché and try to do something interesting!

2. Sports fans: You know where I'm going with this. There is a certain type of sports fan who just cannot detach himself from his emotions. This person will shift from volcanically angry to histrionically weepy, and anyone who breathes a word of criticism about his team does so at their semi-genuine peril.

Since my favorite sport is football, I've observed this most often while watching various Super Bowls (I'm definitely a casual fan). Since I'm rarely going to find myself rooting for either of the teams playing (i.e., I'm not a New England Patriots fan), I just like to watch the game and enjoy its merits as a game. But I always need to mind my surroundings when I do so, because any wayward comment in front of the wrong sports fan can cause interminable hours of conversation. Sometimes it is hostile and others just overly intense, but it is never interesting and it's usually uncomfortable.

3. Video games: Roger Ebert was wrong. Video games are an art form. The proof is that video game culture has been intersecting with social justice politics like crazy over the past few years. On the plus side, this has involved video game criticism analyzing the social consequences of the art as well as its more immediate qualities. The darker side, of course, is what we see in the anti-feminist internet campaign known as Gamergate or gaming celebrities like PewDiePie getting caught in their very own racism scandals.

I'm not even going to discuss who has been harassed by whom and when, where and why. The bottom line is that, if a fanbase is being criticized for having members who act like jerks, what is the good reason for not addressing that behavior? Even if their main concern is ethics in gaming journalism, as they claim, in what reasonable world is that more important than large groups of people saying they feel mistreated when they share their hobby? Why not just believe them and try to make them feel more welcome, regardless of whether they're describing sexism, racism, or just the nerd equivalent of acting like a meathead?

And then, if necessary, tend to your consumer revolt.

4: Bernie Sanders: If you're a Bernie Sanders supporter who didn't vote for Hillary Clinton, you are part of the problem in politics today.

They know who they are, and I'm sure they have already heard this reason from their Clinton-supporting friends and/or other political writers. The problem is that they view their ability to not be persuaded as some kind of testament to their mental fortitude, rather than as an Achilles' heel.

These are the people who believe that one can say no wrong about Sanders, except maybe that he endorsed Clinton. They ignore the man's staunch pro-women's rights views by dropping some of the vilest misogyny you'll see in message board debates. Their hatred of Clinton surpasses anything that can be reasonably chalked up to ideology, and the truth is I suspect many of them would have voted for Donald Trump over her if forced to choose. And it's quite likely that if the Democrats err in 2020 by nominating a neoliberal — and that would be a monumentally dumb error, to be sure — these Sanders supporters could give us four more years of Trump.

They aren't benignly passionate. They are uncompromising in the worst way. Speaking of which...

5. The Constitution: You should read the Constitution some day. In fact, check out the story behind the Constitution as well. It's a tale of great statesmen mingling with ordinary politicians, working on compromises in order to  design the architecture of the world's oldest active democratic government.

So why is it that the people most likely to drop the Constitution in a debate are doing so to be uncompromising?

Yes, it's vital that we connect our existing governmental principles to the ideals embodied in that document, but its also important to remember that the authors of both that and America's other founding documents often disagreed with each other. It's not hard for anyone supporting a given position in modern debate to connect their views to those of the founding fathers (I do it all the time). It's useful as a way to develop intelligent political theory, but the ones who constantly bring up the Constitution seem to do so to shut down debate, not open it up.

If passive-aggressive obstreperousness could be a thing, this would be it.