JB Smoove's "Curb Your Enthusiasm" character Leon Black gives advice for all, as if he's talking to Larry 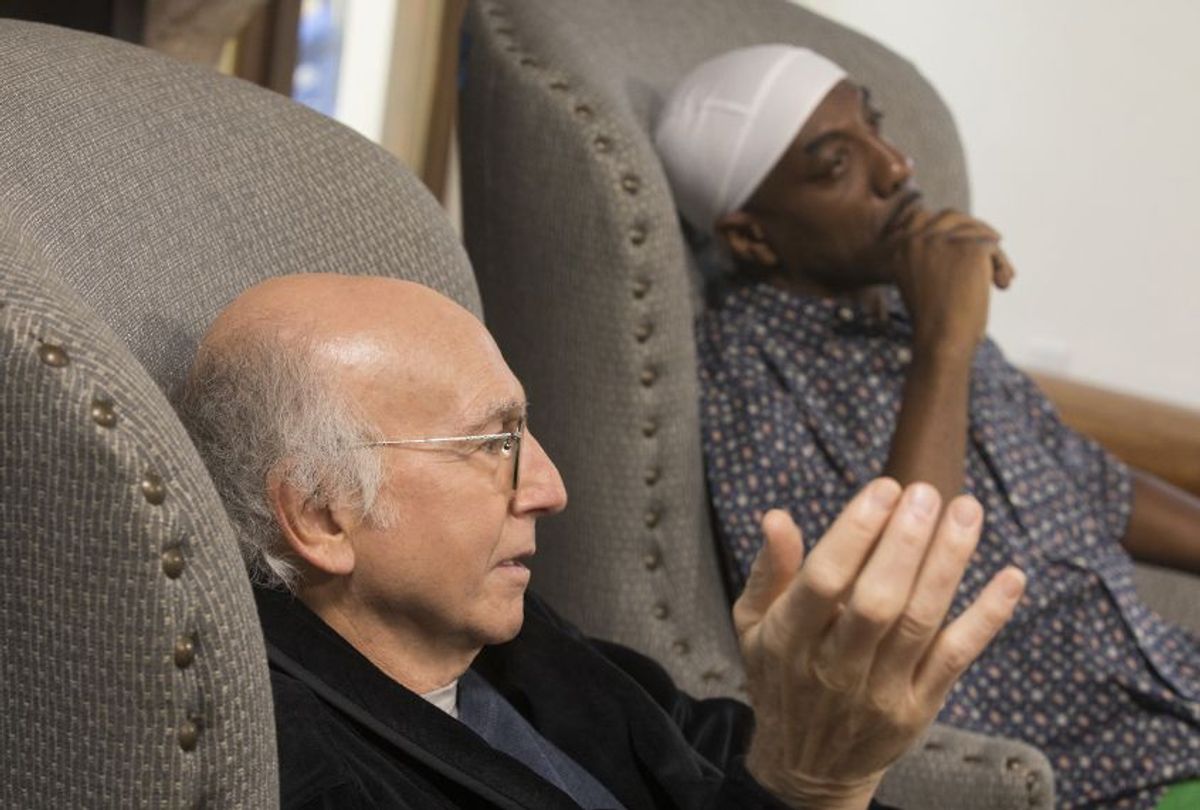 Larry David and J.B. Smoove in "Curb Your Enthusiasm" (HBO)
--

Fans are excited about the new season of "Curb Your Enthusiasm"; especially in these tough political times, we need humor from greats like Larry David and his crew, who have the ability to put out some of the fires that the Trump administration is setting all over the country.

Of David’s clique, Leon Black, played by JB Smoove, is my favorite. He acts as Larry’s black guardian angel, giving him the confidence he needs go out into the world and proudly piss off anyone and everyone he comes in contact with.

Earlier this week, Smoove visited "Salon Talks" to give us some updates on Larry, what we can expect in the new season of "Curb" and glimpses into his new fiction-meets-self-help memoir, "The Book of Leon: Philosophy of a Fool."

Smoove told Larry about the idea while filming.

"We were just shooting a scene, and I said you know I'm writing a book. He said oh that's cool, and then Larry's like you know what, you should write a Leon book."

Watch our full "Salon Talks" conversation on Facebook to hear about how Smoove got permission from HBO to write the book, his new life as a writer and what he has in store for the fans.