Why do we let schools hurt our kids?

19 states still allow corporal punishment in public school. We are failing our kids by not fighting it 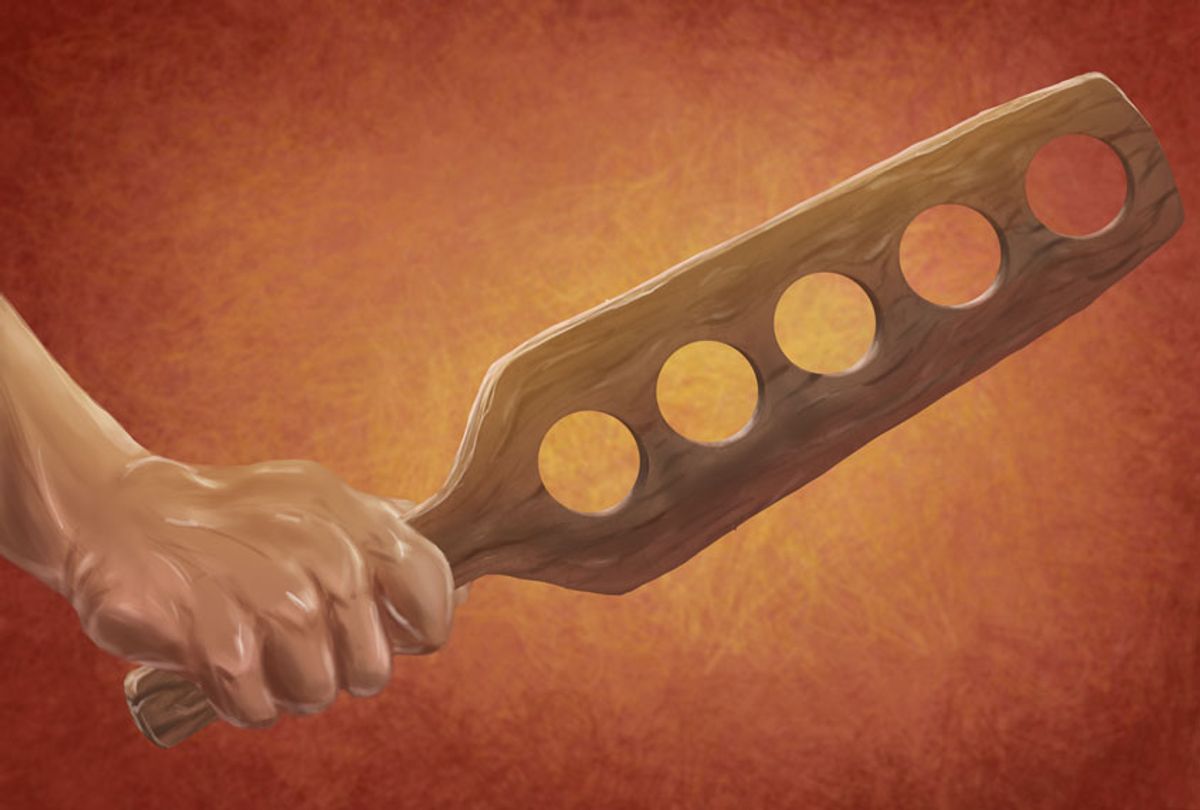 A couple of weeks ago, I wrote a piece for Salon about Michael Moore where I recounted the story of how he became the youngest elected public official in U.S. history.  At 18, Moore decided to run for head of his Michigan community school board on the simple platform that he planned to fire the principal and vice principal of his school because they supported corporal punishment of students.

It was meant to be an encouraging story of how average citizens can and do make a difference when they decide to step up and get involved.

But the piece had an unintended outcome. It spurred a number of readers to send me messages pointing out how corporal punishment is still a national crisis. In fact, just over a week ago, a Texas mom, Michele Decker, went public with a story of how her 5th grade son had been given three “swats” after talking back to a teacher. Once home his mother saw dark bruises on him.

The story is by no means isolated.

Less than a year ago, then-Secretary of Education John King sent a letter to governors and Chief State School Officers calling on them to end corporal punishment in schools. He mentioned that in 2013-14, 110,000 students were subjected to corporal punishment over the school year.

Back in 2003, The Society for Adolescent Medicine estimated that out of over 270,000 children who were corporally punished in school, 10,000-20,000 children had to seek medical attention as a result.

Evidence points to the fact that corporal punishment is not an effective form of punishment. In fact, all research suggests that using corporal punishment has a negative impact on behavior as well as academic performance.  Many experts believe that these forms of punishment are directly linked to a school to prison pipeline where children are funneled out of public schools and into the juvenile and criminal justice systems.

The ACLU explains that “zero-tolerance” policies in schools have served to criminalize minor infractions of school rules. The presence of cops in schools further leads to students being criminalized for behavior that should be handled inside the school.

But those states that have banned it have not necessarily banned other forms of violent punishment. Restraint, seclusion, and other forms of cruel punishment take place across the country. ProPublica reported that in 2012 these practices, which can include pinning uncooperative children facedown on the floor, locking them in dark closets and tying them up with straps, handcuffs, bungee cords or even duct tape, took place 267,000 times.  They cited Government Accountability statistics tracking data over two decades that at least 20 children nationwide have reportedly died while being restrained or isolated.

To make it worse most experts suspect that the data on these forms of punishment is underreported.

Sweden was the first nation to ban corporal punishment in homes and schools in 1979, only two years after our Supreme Court ruled to uphold the practice in schools.  The UN Tribune reports that corporal punishment in schools is banned in 128 nation states. In 2016, Mongolia, Slovenia, and Paraguay enacted legislation to ban the practice in all settings.

The story of how the United States treats its children in schools is appalling, but it also reveals a deeper more disturbing reality. How exactly is it that we march for healthcare and women’s rights and against Donald Trump and his administration, but we can’t seem to lobby effectively to have our public schools be places that treat our children with dignity?  How can we advocate to change gerrymandering or the Electoral College if we can’t even stop a practice that has been categorically proven to hurt our kids? And what chances do we have to advocate for Black Lives Matter if we can’t stop racist and discriminatory punishments of kids in schools?

As Indivisible has been pointing out, the real takeaway from the Trump election was how politically apathetic so many Americans had become. They further emphasize that left-leaning citizens had almost completely abandoned any local engagement with issues. That’s why they suggest that one of the best ways to fight back against Trump is by organizing locally.

It would be easy to turn a piece on corporal punishment in public schools into a rant about how Secretary of Education Betsy DeVos is poised to make it all worse.  While true, that would miss the point. We have incontrovertible evidence that we are one of the only democratic nations that accepts this treatment of our kids. We know it damages them and we know it is practiced in racist and discriminatory ways. This is a crisis that is literally taking place right under our noses.

We also know that thus far we haven’t effectively mobilized to stop it.  And most of us didn’t even know it was going on.

Dr. Elizabeth Gershoff, a developmental psychologist at the University of Texas at Austin, explains, “Most people assume that corporal punishment has already been abolished across the U.S. Even people in states where it is legal do not always know it is so.” One of the reasons why this has fallen from view is that it is “increasingly being used only in rural areas, which means fewer children and families have experience with it.” The practice is also concentrated more in the south and in school districts in areas with lower rates of educational attainment.

This brings me back to Michael Moore’s story of how average people can become politically active. If there is one inconvenient truth from the last election cycle it is that far too many U.S. citizens simply don’t engage in any sort of productive political action. Only just over 60 percent of us even voted in the last election.

So as we get set to vote on November 7, and going forward, pay attention to who is running for the school board. A federal law banning corporal punishment won’t happen until there is pressure from local communities and local school boards. On Election Day there will be 1,356 seats open in 448 of the largest school districts, serving over 10 million students and covering 21 percent of the K-12 students in the United States.  Those kids can’t vote to change these policies, but we can.