On the dark side of this massive, gaseous world, titanium oxide crystallizes and falls like snow 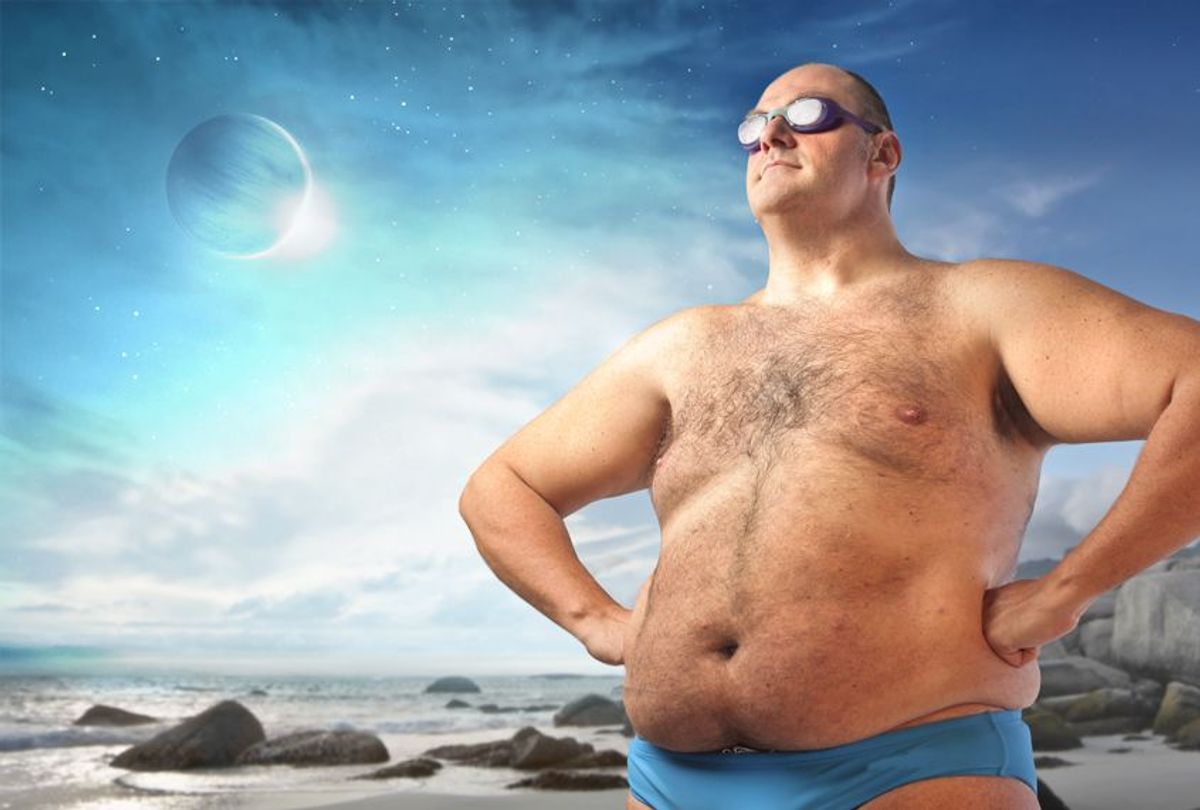 If you're going to Kepler 13Ab, don't worry about forgetting your sunscreen.

Scientists at Penn State University, using observational data from the Hubble Space Telescope's Wide Field Camera 3, studied the gaseous planet's atmosphere and observed that the atmosphere "snows" titanium oxide — which is a close relative of the UV-blocking component of the strongest sunscreens, and what temporarily stains human skin white when copiously applied.

If you've ever used serious day-at-the-beach grade sunscreen, the kind that lasts all day without rubbing off, you're almost certainly using either zinc oxide or titanium dioxide sunscreen. Just as polished metals like brass and aluminum tend to be shiny and reflective, metal oxides like zinc oxide and titanium dioxide are similar and can be used to reflect back the sun's harmful rays — like having a liquid metal sheath over your skin. (The nonprofit watchdog group Environmental Working Group actually recommends titanium dioxide sunscreen as one of the safest.) What scientists detected in Kepler 13Ab's atmosphere was technically titanium oxide, as opposed to the sunscreen-component titanium dioxide, mainly because the temperature under which the atoms fused yielded a slightly different molecule with one less oxygen atom.

Still, you would need a lot of sunscreen to avoid getting a sunburn on Kepler 13Ab. That's because it orbits quite close to its parent star — far closer than Mercury orbits our sun — and also because its parent star, Kepler 13A, is much, much hotter and larger than our sun. As such, the sun-facing side of Kepler 13Ab is a toasty 5,000 Fahrenheit, beyond the point at which most metals turn to liquid.

Kepler 13Ab is part of a class of planets known as "hot Jupiters" — gaseous worlds the size of Jupiter or larger, yet which orbit their sun(s) much closer than Jupiter does ours, yielding scorching-hot gaseous planets. A large number of discovered exoplanets are of the hot Jupiter variety; this is because larger exoplanets are easier to detect than smaller Earth-sized ones, and also because planets orbiting closer to their parent stars tend to be easier to detect due to the nature of the observational methods generally used to hunt exoplanets.

Besides being scorching and having metal oxide snowfall, Kepler 13Ab has the added unpleasantry of being tidally locked in its orbit around its parent star. "Tidal locking" refers to a phenomenon where a planet or moon's rotation matches its revolution — in other words, Kepler 13Ab only spins on its axis once in the time that it orbits its star, meaning that the same side of the planet always faces its sun, and the opposite side is always dark. Earth readers may recall that our moon is in tidal lock with Earth; hence, we only see one face of the moon from our perspective.

"The sunscreen snowfall happens only on the planet's permanent nighttime side," notes the press release from the Penn State scientists. "Any visitors to this exoplanet would need to bottle up some of that sunscreen, because they won't find it on the sizzling-hot daytime side." The scientists describe the process by which the titanium oxide snowfall happens as such:

Many exoplanets (that's the technical term for planets orbiting stars besides our own) that have been discovered so far have been tidally locked with their parent star; it is relatively common in the solar system. It is unclear whether life could form on a tidally-locked planet, mainly because the temperature differential is vast and weather patterns are so different; studying planets in tidal lock helps give scientists insight into habitability and properties of such worlds.