Between the elite and the street

I'm caught between my old life and a future I haven't quite reached. There's only one thing for me to do 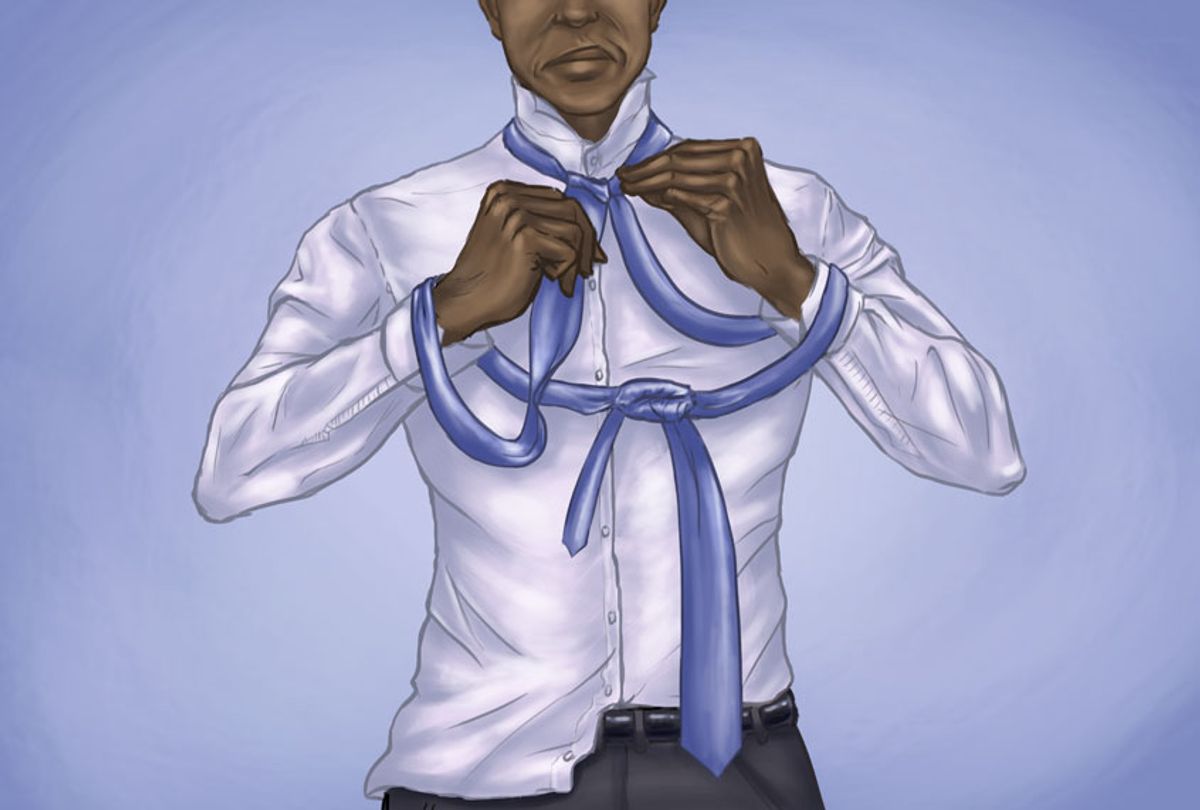 I’m at an interesting point in my career where I don't really belong anywhere. For me, it’s either dry chicken and great connections, or amazing chicken and no connections. The moral of the story is that wherever I am, I feel like I should be working instead.

My friend April invited me to this thing. Not as a date, but because I’m a journalist. Journalists usually don’t get invited to anything, so I went.

I pulled up to the event about a half an hour early. I do this mainly because I hate being late, but I also like to scope out new places before I spend time in them. That’s an old hustler trick — no surprises.

I glanced through the car's driver's side window as soft gowns and sharp suits poured into the venue. The women were regal and the men looked like they were born in dress clothes. I wonder if they’ll know I had just learned how to tie a tie from watching a YouTube tutorial the night before.

Wall-to-wall professionals, many of whom I’ve seen before — on TV. Everyone’s shorter in real life. They sat me at a table where the conversation went like this: what do you do, what did your parents do, I’m fifth generation Harvard, how about you?

And then: I accomplished this and that because I own this and this and this and that. Glasses chimed, accomplishments were traded and held high like trophies. I listened and cracked a smile before I went to the bathroom and never came back. They knew I was from the street; they smelled it, and they probably think that's where I belong. This event was a huge waste of time and energy. I should have been working.

Then my friend Shannon invited me to a house party. Not as a date; she likes girls, too, and lately we’ve both been having bad luck.

I arrived a half an hour early to see my cousin Ty being pulled off a bloody dude who was happy to get away. Ty and his half-closed eye greeted me in the courtyard.

Think of an all-black fight club. Ty was a chubby Brad Pitt.

“Yo, I just beat on Rome!” he screamed, with every vein popping out of his neck.

“He called my mother fat!” Ty said. Others gathered around us in silence.

“But she is fat, and so are you,” I replied. Ty put me in headlock and we all went inside.

As the party got started, a mix of Black & Mild, Newport and blunt smoke filled the room. In the mist you could see red plastic Solo cups and the most amazing chicken you’ll ever have­­ — chicken so good that chickens would eat it. There were gallons of liquor and people dancing in each and every corner. To my right, people were telling stories about street legends from the '80s and '90s, the early 2000s versions to my left. I’ve heard them all before, over and over again.

“I’m surprised you down here,” a cute short girl said to me. “I thought you’d be up in the Hamptons or something like Obama and Diddy!”

I laughed. “Hamptons in the winter?" I said. "Anyway, I live up the street. ”

She told me to stay still, gave me her cup and blasted to the middle of the room. Her song was on and she had to twerk. I watched. My cousin went back outside to give the dude a rematch. Most of the party followed. I set her cup on the table and went to grab something out of my car that didn’t exist because I knew I wasn’t coming back to the party. I pulled Ty’s arm minutes before the fight and told him to roll with me because it’s not worth it. He didn’t listen. I kept it moving.

And that’s exactly where I am. Not polished enough for the media elite, and too polished to get drunk and watch my cousin fight. So I should be working.

And if I do my job, my remaining friends and family will become the elite. That’s lots of connections and amazing chicken.