"Jigsaw" creators went out of their way to make a movie that could not be dismissed as vile junk. Still you moan 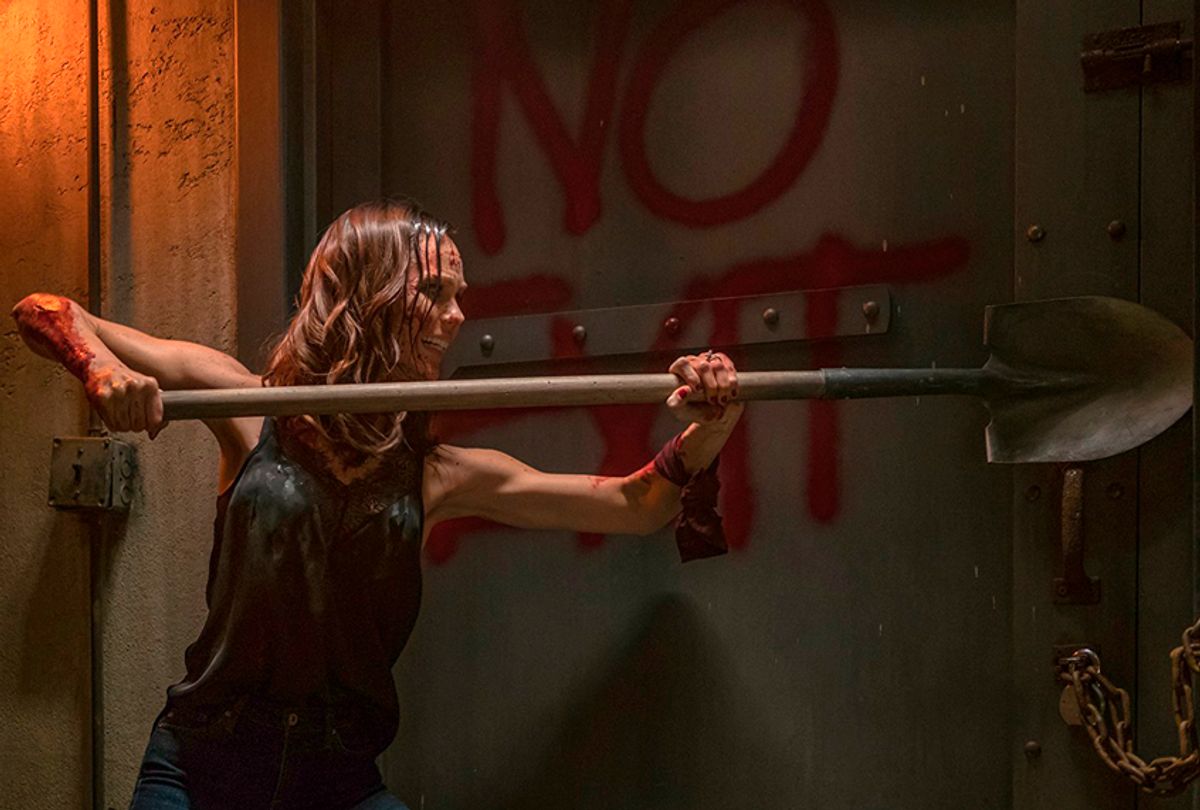 But when a film series winds up being disliked, as the "Saw" franchise was for reasons that strike me as basically arbitrary, it gets derided as "torture porn" not just to diminish the material, but to insult the creators and fans. There is a moralizing subtext to the epithet reminiscent of the disdain some audiences heaped on exploitation flicks until Quentin Tarantino made that genre critically respectable, or that leveled denunciations against a number of horror films that are regarded as classics today: "The Exorcist" (for sacrilege), "Faces of Death" (some claimed that it inspired crime), "Night of the Living Dead" (blasted for destroying "the moral health of film goers" and accused, tellingly, of being "pornography of violence") and "The Texas Chainsaw Massacre" (which was banned in multiple countries despite containing very little actual on-screen blood or gore).

This doesn't mean that there aren't any horror films that cross the line. "Cannibal Holocaust" shows animals being tortured in real life, "Clownhouse" was made possible by director Victor Salva molesting the movie's child star and "A Serbian Film" unambiguously fetishizes torture and a number of other perversions. Much more common, though, are the films that simply don't use their torture particularly well when it comes to either scaring audiences or telling an interesting story. The lesser movies in the "Saw" franchise are all guilty of that sin ("Saw IV," "Saw V" and "Saw VII") as are a number of other derivative sequels and prequels (looking at you, "The Texas Chainsaw Massacre: The Beginning" and "Joy Ride 3").

As with any genre or subgenre, it all boils down to the execution. To paraphrase Roger Ebert, how a movie is about something matters more to sophisticated moviegoers than what it's about. This is a conversation that should occur regardless of how a movie might be classified on Netflix, but because horror films continue to face the sneers of moralizers, that conversation becomes more difficult for horror fans to have. If nothing else, we need to dial back the phrase "torture porn" not only because "torture fetishizing" and "graphic horror" are not the same thing, but so that graphic horror films like "Saw" can be analyzed with the detachment necessary for writing any worthwhile criticism.

Which brings us to "Jigsaw," which fails for very much the same reasons as "The Mummy": It was made to launch a franchise rather than because it was actually about something.

This is a "Saw" film, after all. When it comes to the plot structure, if you've seen one you've seen them all.

What "Jigsaw" didn't do was understand what separates a good film in the "Saw" franchise from a bad one. These are, not surprisingly, the same qualities that make the difference in any genre or subgenre: Compelling storytelling within the confines of its formula and, in this case, delivering the scares.

Judged on those merits, the "Saw" franchise overall has a handful of strong films and a few stinkers. "Saw II" and "Saw III" had the most interesting characters, with Tobin Bell using both movies to develop the Jigsaw Killer into the icon he is today (after appearing only briefly in the first film), Donnie Wahlberg giving a compellingly layered yet volatile performance as a corrupt cop in "Saw II" and Shawnee Smith poignantly depicting an anguished drug addict and lost soul in "Saw III."

"Saw III" has the most emotionally gripping story arc, although "Saw VI" put the series' Old Testament sense of morality to its most clever satirical use. That flick (which I have praised on multiple occasions) created a series of living hells for health insurance executives and predatory lenders straight out of Dante's "Inferno," scathingly critiquing some of real-life America's most despised villains circa 2009 (this was one year after the housing market crash and one year before the passage of Obamacare). All of the "Saw" movies moralize as part of the gimmick, but only "Saw VI" does so in an especially thoughtful way.

And delivering the scares? The first "Saw" was the most memorable when it came to its initial setup (What if you were chained to a wall and could only escape by cutting off your foot with a saw?) and is tied with "Saw II" when it comes to its twist ending (neither of which I'll spoil). "Saw II" also had the most effective scares, however, because they played on very basic visceral fears (our squeamishness about razor blades, hypodermic needles, furnaces, having objects embedded in or behind our eyes, etc.) instead of being unrealistically convoluted. Subsequent "Saw" movies either disregarded this film's approach or only managed to poorly ape it. After "Saw II," the franchise become increasingly reliant on Rube Goldberg-ian tricks or shocking gore over burrowing into the darkest recesses of the psyche.

"Jigsaw," on the other hand, just kind of limply lies there. The characters are bland, save for Hannah Emily Anderson as a bubbly stand-in for "Saw" fans (right down to a well-placed tongue-in-cheek joke ribbing the "torture porn" epithet). The story follows the same formula we've seen in every "Saw" movie, save that it spends so much time simultaneously building up to and concealing its twist that it doesn't bother coming up with any decent scares. Even worse, when that twist finally comes (which I won't spoil in this review, not like it matters), it's an uninspired retcon that does little but tack on a superfluous backstory to one of the series' main characters in order to set up future sequels.

And the traps? They may be simpler than those from the later sequels, but they're not as inspired as the ones from the first two films. Without good traps, there aren't good scares, and that is the death knell for "Jigsaw."

As with any worthwhile franchise, a good "Saw" movie needs to stick with you after you see it. "Jigsaw" is such a sterile attempt at soft rebooting that it leaves very little impression at all.

In every other regard, "Jigsaw" is a disappointment.