Listen up, men: We must shun our sexist friends 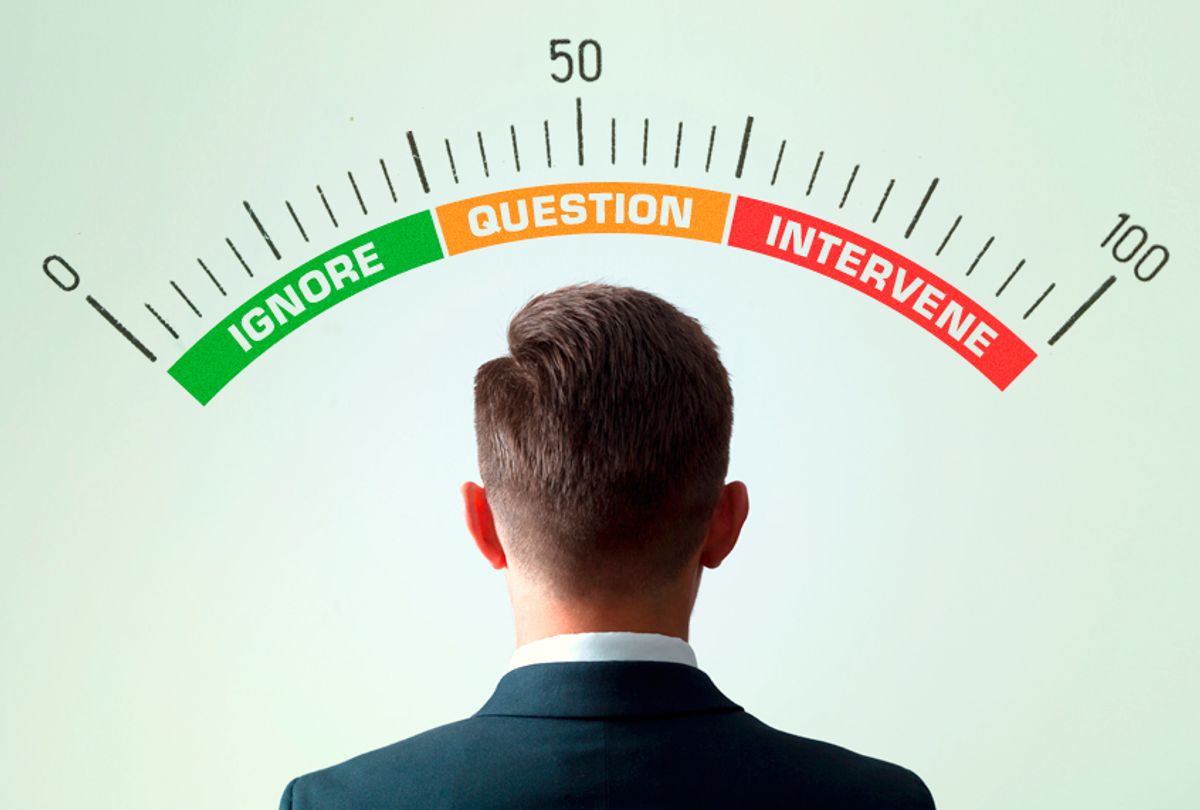 This is one of the most difficult articles I've ever had to write.

Not only because it will require me to challenge friendships that have emotionally and intellectually sustained me for many years, although that is certainly a big part of it. The other problem is that, in order for me to explain why men need to stand up to their misogynistic friends, I need to first explain why so many men — myself very much included — are willing to put up with those attitudes in the first place.

The answer isn't pretty. Then again, if we're going to solve the underlying problem of powerful men committing sexual misconduct against women, we must take a stand against the root sexism that makes it possible. This should be true even when that sexism doesn't lead to harassment, assault or worse.

If you're an American man, chances are you have a number of male friends who make casual sexist comments. Some of them like to objectify women by fat shaming them, privately deriding the women they deem unattractive or generally regarding women as if they were the sum of their physical parts instead of full-fledged human beings.

One former friend of mine used to bemoan sexual liberation because  — and I'll never forget his exact words — "we've lost something precious and beautiful about femininity" by no longer casting women who have multiple sex partners as complete social pariahs. Then there was the self-proclaimed male feminist who talked about his passion for women's rights as a way to seduce women he had tricked into thinking were his friends.

I also have friends who self-identify as "men's rights activists," insisting that men are persecuted as much or even more than women. Even among the male friends who don't align themselves entirely with the MRA movement, there are still many who subscribe to what I call the male victimization fallacy. They view themselves as victims, feel threatened when confronted with the fact that women face more systemic oppression than men (which is not to say that men don't suffer at all, just that our society is inherently patriarchal) and try to blur, diminish or outright deny feminist concerns in order to shore up their own status of victimhood.

Not coincidentally, these are usually the same men who claim that feminists just want to be victims. They do this by projecting their own assumption that victimhood is some kind of finite commodity — one they seek for themselves at the expense of others — and ignore that the term refers to real-life suffering and persecution.

And men, including those who consider themselves allies to women, will put up with it.

I suspect part of the reason that these attitudes can go unchallenged is that refusing to tolerate them would make many social interactions very uncomfortable. Beyond that, sexists are often quite good at dressing up their belief system as something benign, perhaps nothing more than a different philosophy. When you benefit from male privilege, it is easy to be duped into thinking that men who claim that rape culture isn't real (it is) or insist, à la James Damore, that there are biological reasons for the gender gap in STEM fields (not true) or spout other such nonsense are simply offering an alternative point of view. If you're the kind of person who likes to challenge yourself with opposing opinions, you can fail to see that these arguments are rooted in prejudice, or even hate, because they don't apply to your group.

This brings us to the larger moral problem with failing to call out the men who hold sexist opinions. It is similar to the moral problem with littering: You may not be singlehandedly responsible for the larger issue, but the millions of people who act like you are a big reason why it hasn't been effectively addressed.

If every man who doesn't hate women insisted on confronting those who do, it would create a wave of social pressure. Every man who suddenly experienced a significant number of his friends holding him accountable would at least be prompted to re-evaluate his worldview and, possibly, to recognize and correct his prejudices. On a much larger level, people who act like women are to blame for sexism would gradually find it harder and harder to cling to those outdated views, like Vice President Mike Pence, who won't dine alone with women other than his wife in order to avoid temptation.

While I felt compelled to write this article because of the allegations against Harvey Weinstein, I am not implying that every man who holds sexist views is an out-of-control predator. The problem, however, is that too many are, and part of the reason they can get away with victimizing so many women is that their fellow men have treated the dehumanization of women as a normal aspect of male discourse. Once you normalize that, you make it much easier to normalize outright mistreatment and abuse.

That's why male allies need to take a firm stand with their friends who hold sexist prejudices. I am not saying those friendships should be severed right away; if possible, try to explain that what these friends claim is simply an ideology is in fact a hateful attitude that wrongs half the human population. People have a right to try to redeem themselves from their prejudices, including individuals who have held them for a long time.

If they insist on continuing to hate women, however, it may be necessary to part ways with them. That alone can send the message that sexist hatred isn't just another point of view. It is morally wrong and should be socially sanctioned.

To those men out there who act as they do because they've been bullied, whether as children and teenagers or through the cruelties of adult life, remember this:

When you refuse to empathize with women who are describing the ways in which they suffer — whether it sounds similar to your own suffering or outside your realm of experience — you are no better than the people who turned away from you. If you rationalize bullying others who are more vulnerable than you are, you have become the worst kind of traitor.