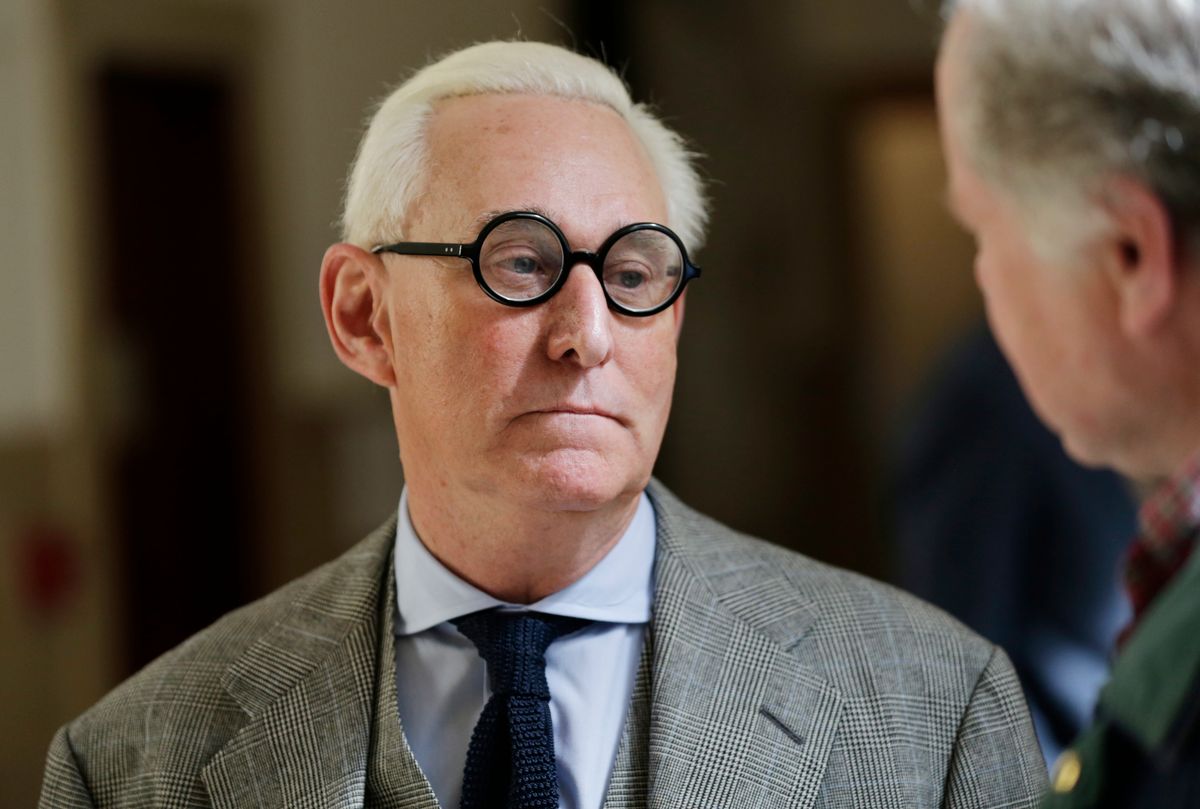 Roger Stone was kicked off Twitter Saturday after a profanity-laced tirade targeting journalists. His rant occurred hours after news organizations began reporting on an impending indictment coming from Robert Mueller's investigation into Russia's election interference. Stone has been seen as one of the major players from the Trump campaign who possibly helped collude with Russia in the 2016 election.

Stone incurred a permanent ban as a result of these tweets, BuzzFeed News reported. It was not the first time Twitter had suspended Stone from its platform.

The political consultant told Politico that he planned on taking legal action against Twitter.

"This is a strange way to do business and part and parcel of the systematic effort by the tech left to censor and silence conservative voices," Stone said in an email to Politico.

Stone insisted that prominent "telecommunications attorneys" said he had a case against the tech company, so he vowed to follow suit. Stone said he has been on the receiving end of abuse and harassment on Twitter.

"I have been inundated on Twitter with death threats, threats to kill my wife, my family, my children and even my dogs yet Twitter seems unconcerned with these bloggers," he told Politico.

Stone's attacks on CNN reporters came hours after news organizations began reporting that an indictment was coming down the pipeline from Mueller's investigation, the first charges laid by a grand jury in the investigation into Russian influence on the 2016 election. The target of that indictment has not been revealed.

Stone has been interviewed by the Senate intelligence committee back in March and was asked to retain documents related to the Russian email hacks.

Twitter has a policy that forbids users from conduct that "crosses the line into abuse, including behavior that harasses, intimidates, or uses fear to silence another user's voice."

"Any accounts and related accounts engaging in the activities specified below may be temporarily locked and/or permanent suspension," the policy adds.