The long tail of Jim Crow 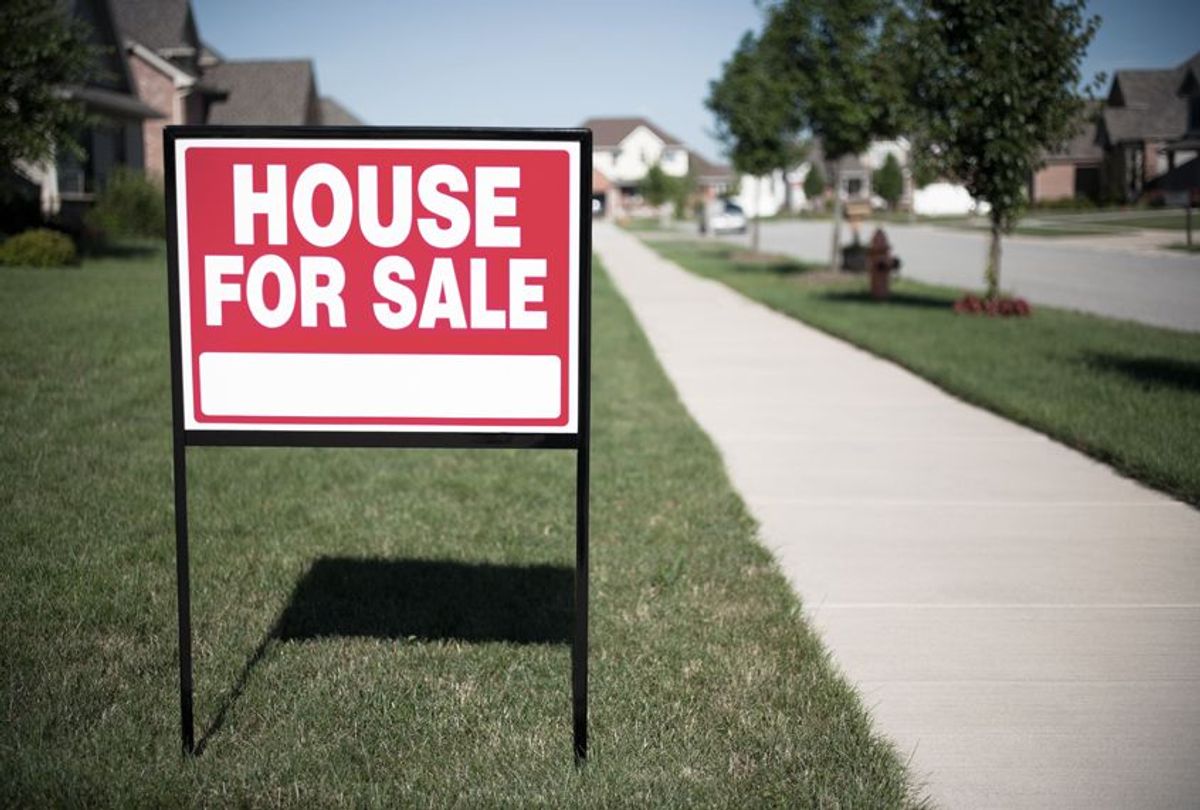 My four siblings and I will soon sell the final significant piece of my parents’ estate, the home they bought in Baltimore in 1960. At the time of the purchase, my father was still establishing his internal medicine practice and my mother, a school teacher, was expecting me, and they were faced with limited housing options. Ultimately, they purchased a home in Howard Park, one of the few middle-class neighborhoods beginning to open to African-Americans.

My parents didn’t bother to look for a home on the other side of town in Roland Park, where a similar white family probably would have looked. Roland Park was one of the first developments in the U.S. that prohibited blacks from owning through property deeds (and federal, state and local housing policy, along with the local real estate industry, conspired to keep it that way). Baltimore was then (and is still) a highly racially and ethnically segregated city, and my parents’ choice of a home, constrained as it was by the harsh racial residential segregation and discrimination of the times, continues to reverberate across generations to affect the finances of our family—and countless other families like us.

With the election of the nation’s first African-American president, many Americans had hoped that we were moving toward a post-racial society. It was tempting to believe that our nation had dealt with its history of slavery and Jim Crow segregation, its difficult legacy when it comes to equality for all. But the events of the last two years have made it clear that it was premature to fall to that tempting conclusion. The long-term impact of racial discrimination in housing on wealth accumulation, in particular, and the associated financial disadvantage transmitted to young people born decades after the end of Jim Crow legal segregation, provide yet another sobering cause to forget about the notion of post racial society as we consider our race-related policies like affirmative action and mandatory sentencing.

Consider the values of homes over a 50-year period in these two Baltimore neighborhoods, Howard Park and Roland Park, and you have an excellent example of the challenges African-Americans face when it comes to class mobility. The average price of a home in Howard Park in 1960 was $11,600 ($85,787 in 2010 dollars), while the average price of a home in Roland Park in 1960 was about 66 percent higher, $17,500 ($129,420 in 2010 dollars). In 1960, African-Americans made up less than one percent of neighborhood residents in Howard Park, and Roland Park was over 90 percent white; by 2010, Howard Park was 97 percent African-American, while Roland Park remained over 90 percent white. Home values in both neighborhoods increased appreciably over these fifty years, but they did so at significantly different rates.

The average value of a home in Howard Park in 2010 had increased to $159,800, an increase in value of 86 percent corrected for inflation, while the average price of a home in Roland Park in 2010 had increased to $469,500, an increase of 263 percent corrected for inflation. The absolute difference in the gain in value of these two homes was over $300,000. Even if my parents had purchased a Roland Park home closer in value to the average home in Howard Park, the difference in absolute value of the increase is significant. That difference in accumulation is more than enough to provide one of my children with a top liberal arts education at a school like Grinnell College, where I am now president, for four years, and would cover about half of the cost of the same education for a second child.

My family’s experience starkly illustrates an important fact that is often ignored in the debates about affirmative action and college access, especially at elite institutions. Our experience is particularly relevant to the consideration of policies that would promote access exclusively based on the economic status of a student’s immediate family versus policies that would also consider the student’s racial and ethnic group. The FAFSA, the standard federal form for college financial aid, focuses primarily on information about income of the immediate family. We know that racial and ethnic differences in wealth far outstrip the differences in income. While on paper an African-American family and a white American family may appear to have the same income and even similar general indicators of wealth, there are likely to be large differences in financial resources one generation back, in the generation of the grandparents of today’s college applicants as well as throughout the extended family.

According to 2012 Education Department data, 41 percent of African-American students and 61 percent of Latino students are first generation, compared to 25 percent of white students. These differences affect the available resources in the extended family and likely affect the college choices of our students. When assessing the ability of an applicant’s family to pay for the cost of college, we never see these hidden inequities driven largely by the residual effects of residential racial discrimination and segregation, especially in housing, for most families the primary source of wealth.

My family’s experience, one shared by many other African-American families, illustrates the ways in which past discrimination and segregation can continue to have their impact today.

Grinnell is deeply committed to providing access to students with fewer financial resources, underrepresented minorities and first-generation college students. Recent data from the Postsecondary National Policy Institute shows that first-generation students had a lower median household income ($37,565 compared to $99,653 for non-first generation) and more unmet financial need compared to students whose parents attended college. Grinnell, like others, is beginning to think about how we might continue our commitment to access in the face of the extraordinary growth in income and wealth inequality in the U.S. over the last several decades.

Researchers are only now beginning to explore the ways in which inequality is reinforced by transmission of advantage and disadvantage across and within generations in all demographic groups, but probably even more so among African-American and Latino families. Economic differences between racial and ethnic groups provide yet another dimension to this complicated problem. While African-Americans have made remarkable progress since the days of Jim Crow, there is a solid evidence base that significant conscious and unconscious bias still exists. But there are other less apparent ways that today’s African-American youth born decades after the end of legal segregation are still directly affected by the policies and practices of the era of Jim Crow.

As a college president, I regularly see how differences in wealth and income affect access and student success. At Grinnell, we are fortunate enough to be able to be both need-blind in our admissions policies and commit to meet 100 percent of demonstrated student need. But we do not and cannot assess the availability of resources outside of the immediate family, and much of the impact of segregation exists still with grandparents and throughout the extended families of today's students.

As William Faulkner famously wrote: “The past is never dead. It’s not even past.” Jim Crow laws may no longer be with us, but the effects of their brutal discrimination still linger. And while our leaders can’t change the past, they have a moral obligation to know the past, and not only acknowledge its legacy, but also deal with it.  The systematic transgenerational impact of segregation and its effect on accumulation of wealth and the likely impact on so many facets of the lives of current families, including access to higher education, demonstrate the need to continue race-based affirmative action.

Raynard S. Kington has served as president of Grinnell College in Iowa since 2010. Trained as a physician and a health economist, he has brought a fresh perspective to the academic world of liberal arts colleges. Prior to his tenure at Grinnell, Kington served as deputy director and acting director of the National Institutes of Health (NIH) and directed the National Health and Nutrition Examination Survey at the Centers for Disease Control and Prevention, one of the largest studies of the health of the population of the United States.