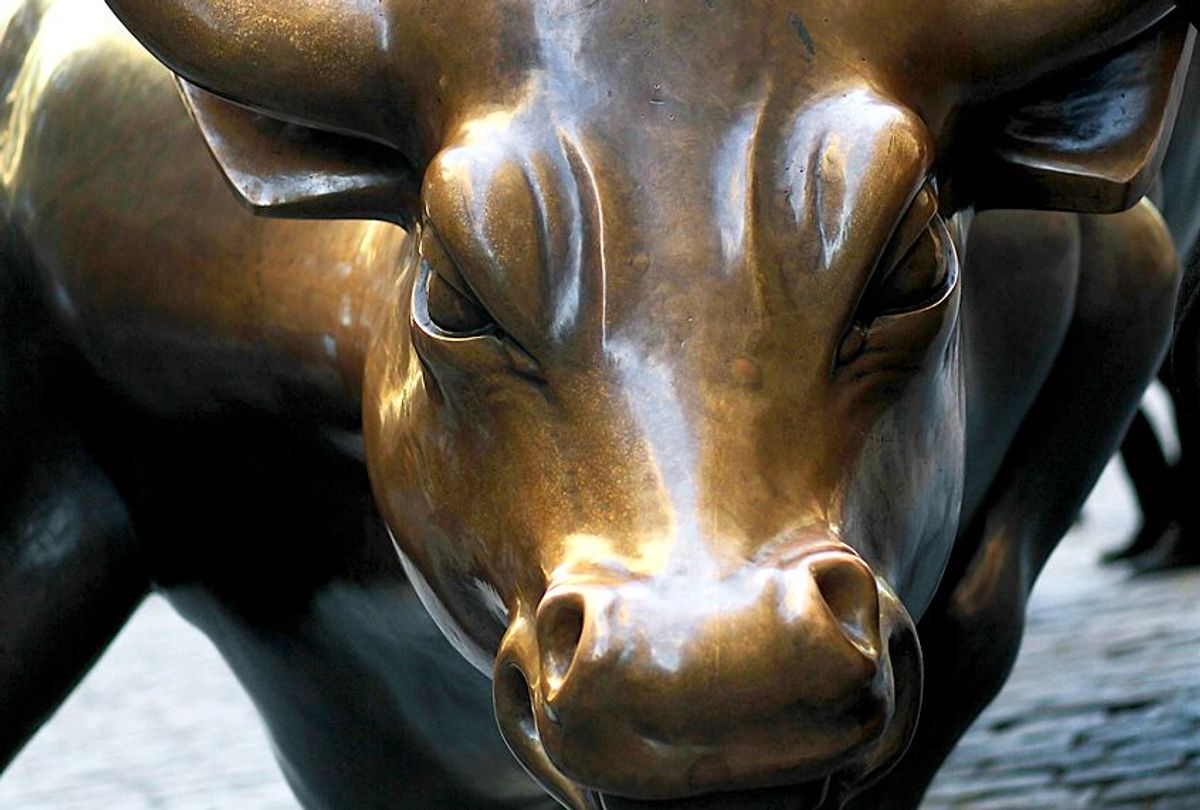 "Principled” is one of the four Ps of common-sense business. We would go so far as to say that no business can survive for long (or thrive at all) without principles. But principles don’t show up on the P&L statement. They are deep seated and hard to describe. In today’s world, they are sometimes even hard to admit to. To have a principle means to believe that something is right and good and another thing is wrong and bad. Heaven forbid we take a stand on anything. We are much more comfortable with what we would call “synthetic business.” Something synthetic, as defined by Merriam Webster, is “devised, arranged, or fabricated for special situations to imitate or replace usual realities.” On the surface, modern-day investment bankers, traders, and baseball and other sports superstars might not seem to have very much in common. But all have been caught dealing in synthetics. 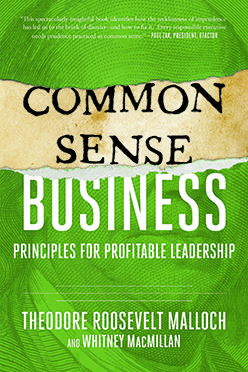 Recently the Financial Times reported that two of the largest banks in the country (if not the world), Morgan Stanley and J.P. Morgan, were looking to relaunch the giant boom-or-bust synthetic CDOs that nearly doomed the world economy and caused the painful crash of 2008. These two giant banks are not alone. Bloomberg reported that Citigroup had already sold one billion dollars in CDO products only a few months into the calendar year. Now, the global economy lost some thirty-five trillion dollars in assets from that financial crisis, and it has yet to fully recover. Was anything learned from the experience?

With corporate bond yield rates dropping, banks are growing increasingly frustrated. The need for “fast money” again is luring banks into devising, selling, and marketing these same old spineless synthetic financial products, the very ones that caused the crisis. The new push for synthetics is driven by investors that are aggressively seeking high-yield investments in securities outside of the flat corporate bond market. This thirst for rapid profit among banks and investors alike has created what could be called a modern day financial doping (synthetics) scandal. Like addicts, we can’t seem to “just say no”—or get clean from the drugs.

This is a societal problem. Despite the warnings and tremendous risk, baseball and other sports players are still turning to doping and synthetic means to enhance athletic performance. Alex Rodriguez, the fastest player in the history of baseball to hit six hundred home runs, was finally forced to admit to substance use, and that has literally ended his career. “A-Rod” was once one of the awe-inspiring talents of the game. Now his career has come crashing down à la Bear Stearns and Lehman Brothers. He is like cyclist Lance Armstrong, a liar and a cheat, and he will be stripped of his honors. He has to wait until December 2021 to find out, but no one is predicting he will enter the Hall of Fame—rather, the Hall of Shame.

The Rush and the Crash

Drug-like addictions to short-term booming success, whether in home runs or in derivatives, has led to the destruction of century-old companies, of the careers of iconic figures, and of the reputation of both the financial professional and America’s favorite pastime. And the trend is global, as we saw among the international community of the most recent Olympics.

These collapses, scandals, and crimes demonstrate an ethical decay never seen before in our history. Societal addiction to synthetics penetrates so deeply that investors and sport fans both now have more or less come to expect scandal rather than old-fashioned success. But don’t we remember from our Halloween-candy gorges of childhood that with the (sugar) rush always comes the crash? To the six-year-old, understandably, the trade-off is worth it. But it appears we haven’t all outgrown our tendency to overindulge in “junk food.” Today, the risk of financial, societal, or career crash is accepted over prudent behavior fashioned by common sense.

Occasional losses are part and parcel of a capitalist economy and of everyday existence. Life is full of ups and downs, and no one is great every day. No matter how much quantitative acumen a trader might have, no Wall Street “all star” can consistently and perpetually hit the ball over the fence for investors and shareholders. Just ask Buddy Fox. Even the infamous Wolf of Wall Street—depicted in the movie by that name—got caught. Incredibly, in 2012, there were eight high-profile financial scandals in a period of only five months. The year after that, there were thirty more, and the list keeps growing and growing.

We appear to have learned next to nothing from the past. Firms and sports players alike have not only shifted or lost their sense of judgment, but have dramatically lost their way. The entire landscape has radically changed. Companies and employees may know right from wrong and may have an ethical compass, but they are lured by the fame that comes from fast money—not to speak of the lucrative economic and psychic rewards.

What has happened to selling products where you actually have “skin in the game”? What happened to hard work, reputation, and devotion? Are these common-sense notions lost? Most frustratingly, there is little push to change the current system, whether in the form of regulation, character development, or independent governance.

A stubborn addiction to short-termism is at the very root of the problem, and admittedly, no regulation can fix it. It is both a mania and a mantra. Financial icons and athletes alike focus on results now, and to hell with the consequences and any lingering ethical qualms. They are willing to sacrifice long-term reputation and profitability for a quick hit.

The change from previous generations is dramatic. Bygone baseball stars like Babe Ruth, Hank Aaron, Willie Mays, and Mickey Mantle all became icons through talent and hard work—lots of hard work—and sacrifice. The same was true in the privately held firms of yesteryear and in capital markets where careers were earned and promotions made over many decades, not months. The partners in a firm put their own money and reputations on the line as a cost of doing business. They did have lots of skin in the game.

To move forward, our moral fabric and way of doing business must fundamentally change. The current race to the bottom in sports and in finance is surely not sustainable or prudent; it has lost any idea of common sense. Realities of universal limitations must be accepted. Out of control, “high-yield” greed must be rejected. The effects of PEDs on our way of life as well as our financial system are telltale. Synthetic cowardice can make anyone a fifteen-minute superstar, yet fifteen minutes hardly lasts forever. It is not sustainable.

The Road to Rehab

Unless we restrict the use of financial PEDs, the entire system is likely to spin out of control (again). And the way to curtail such behavior was outlined in the second part of The End of Ethics and a Way Back,2 where we talked about “A Way Back.” That hard way back is paved along three necessary axes. The first is personal responsibility based in character. Ethical people are not born; they are nurtured and trained in the habits of doing what is right and of appreciating the good while resisting the bad and the wrong. Next, these people—when joined together in social units, and especially in forming or joining corporations—can envision and build sustainable cultures of integrity. It can be done; many companies across all industries, in every country and tradition, and of every size are living proof.3

Ethical, prudent leadership is so critical; the tone at the top matters. That is why the final piece of any return to common sense is necessarily regulatory regimes. Now, we don’t start there, and we do not believe that ethics or prudence can be fully legislated. However, it is increasingly clear that in various countries, and especially across international boundaries, some regulation (not mere compliance or box ticking) is required to guide—and even at times direct—companies to do the right thing. This includes everything from corporate governance to foreign bribery to enterprise-wide risk management to sustainability measures.

Overcoming our present predicament will require nothing short of a transformation—and that change is best carried out by remembering the virtue and practice of principles rooted in common sense. Any short-termism that pursues one’s own benefits at the expense of everyone else’s interests will, sooner rather than later, bring down the house. In short, egotistic action is not in one’s informed self-interest. The principled businessperson will want to succeed not only today but also tomorrow. Hence, using common-sense business, we must be rooted enough in our principles to resist the pull of financial doping.