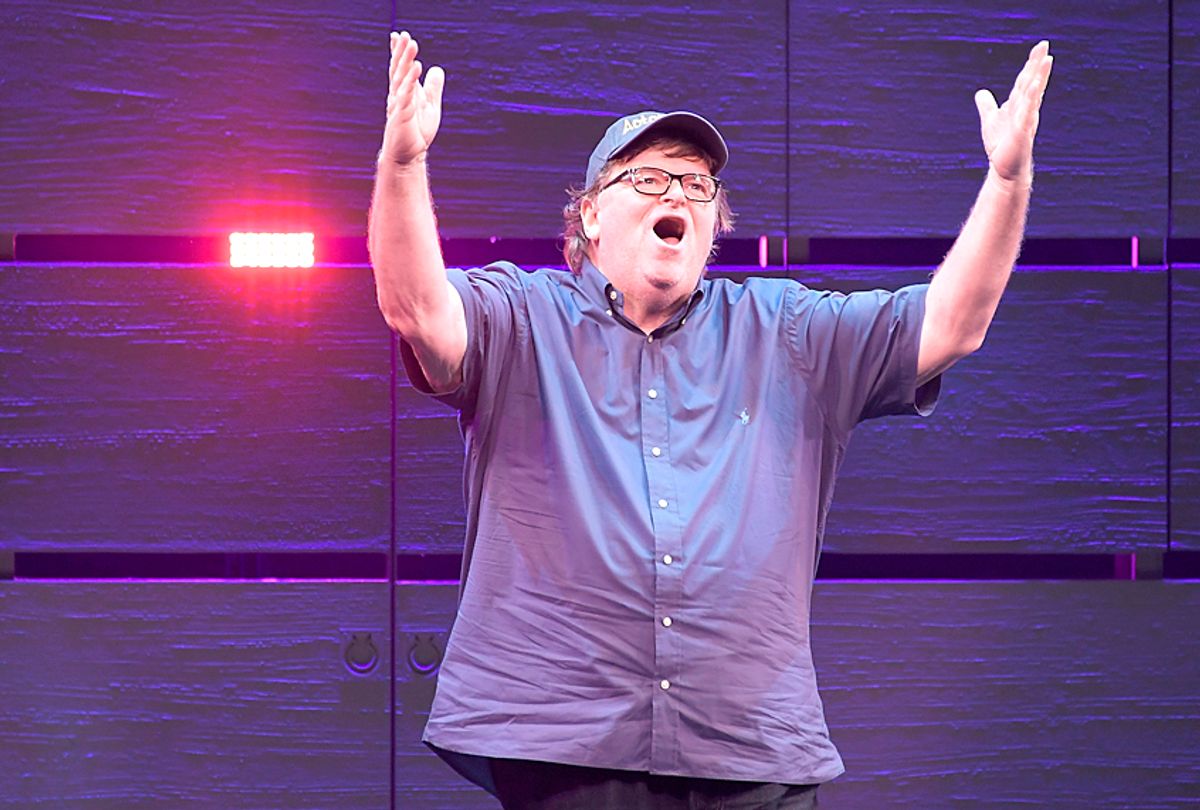 Michael Moore during "The Terms Of My Surrender" (Getty/Mike Coppola)
--

President Donald Trump is slamming Michael Moore's one-man Broadway show, and the vocally left-wing filmmaker is slamming him right back.

Moore jumped on this opportunity to not only ridicule Trump for his failed presidency, but to draw attention to things Trump should be focused on instead of Moore's Broadway show.

Even after Moore's 11-tweet rant was finished, the pugnacious progressive still wasn't done rebuking the president's criticism and demonstrating that his play had actually been successful.

Moore also went on an even longer Facebook rant to explain exactly why he felt Trump's tweet was factually incorrect.

He added, "And I insisted that FREE tickets be distributed to students, low-income people, people from Flint, and citizens from any of the Muslim Travel Ban countries."

Moore also pointed out that the show was never closed but had only been scheduled to run for 12 weeks, which is exactly how long it stayed on Broadway.

Finally, Moore reiterated his earlier position about why Trump focused on Moore's play instead of the important issues facing America.

"He’s the one holding the shiny keys, trying to distract US," Moore wrote. "Tweeting about me being on Broadway or other things that have nothing to do with getting the power turned back on in Puerto Rico is his strategy to distract the public from his absolute total failure to simply do his fucking job."