Every day is Halloween for these eerie insects

Gory and gross, insects use disguises to improve their odds of survival 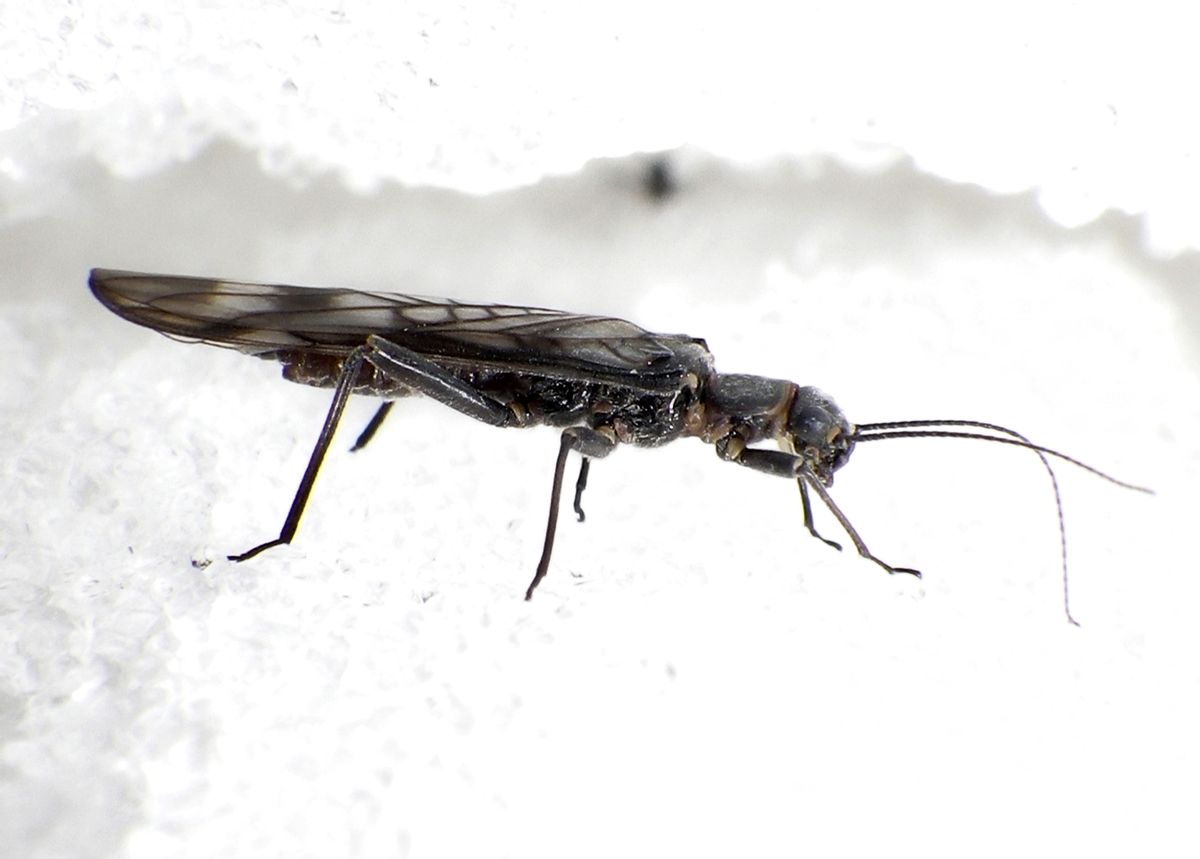 With Halloween upon us, it’s worth remembering that living things take part in similar costume parties all year long, adopting weird and wonderful forms.

Though rather than a haul of candy, organisms might earn the chance to live, prosper and mate. It’s all part of evolution, the principle where the fittest individuals pass their genes onto the next generation.

Insects readily display the strange products of evolution. They have crawled their way across the Earth for at least 400 million years, and rapidly develop from egg to adult.

Over millions of generations, insects have developed a multitude of weird and wonderful ways to find food, attract mates, hide or defend themselves from predators. All these adaptations allow an individual’s genes to persist in the population.

There are more than a million species of insects, and some of them have some pretty ingenious disguises.

What’s that on your head?

In a pinch, an unusual headpiece can pass for a Halloween costume. With minimal effort, a regular Joe can be transformed into a construction worker, mouse or witch.

But some species are a little more macabre. One species of caterpillar, the gum leaf skeletonizer (Uraba lugens), dons a “hat” of heads, a conical ornament made up of its own discarded head capsules, one stacked on top of the next.

The disguise is gory but effective. Researchers studying this grotesque accessory have found that it helps the caterpillar ward off attack by confusing its predators, making it a truly a functional fashion item.

Trick or treat, smell my feet

The orchid mantis (Hymenopus coronatus) prefers a simple trick to get its treat.

Found in the rainforests of Southeast Asia, this species looks undeniably like an orchid. Its hind pairs of legs are greatly flattened and heart-shaped, looking uncannily like petals. Many smaller insects find these mantises even more attractive than the orchids they mimic.

But get too close and the orchid mantis doesn’t smell too sweet. It uses its front legs to hunt, aggressively snatching and eating insects looking for a treat of nectar or pollen.

For some people, Halloween is all about terror.

The larval form of the tropical moth Hemeroplanes triptolemus falls neatly into that category. It is a harmless caterpillar, but when threatened does a compelling impersonation of a snake.

Birds love to eat caterpillars, but snakes love to eat birds. So, when this larva is in cognito, it wins the costume contest every time.

That one costume that goes a little too far

Inevitably at a Halloween party, someone with an unusual sense of humour will wear a costume that just isn’t appropriate.

In the insect world, the inappropriate costume prize might go to the caterpillars who pose as bird feces. Caterpillars are a pretty ideal snack for birds — they often occur in high densities, are high in fats and are easy to catch.

Caterpillars can try to avoid predatory birds by masquerading as bird droppings. There are very few larger organisms that feed on bird feces, so this disguise is a useful strategy to avoid being eaten. It is such an effective disguise, in fact, that many species are known to use this strategy, including many species of charismatic swallowtail butterflies.

A thorn between two thorns

Have you ever shown up at a party and found someone else was wearing the same costume? It’s embarrassing. But some insects use this otherwise awkward situation to keep a low profile.

Take for example species of treehopper in the genus Enchenopa. These small insects feed on sap and are found throughout eastern and continental North America.

From a distance, species in this genus are nearly indistinguishable from thorns. The insects themselves are not as sharp as thorns, but this disguise allows them to seamlessly blend into their surroundings while enjoying a good feed.

A killer among us

In the movie "Murder on the Orient Express," a killer lurks among a group of stranded passengers, blending in with his fellow travellers. Some species of staphylinid beetles make use of a similar strategy.

And then, they eat the brood young of their hosts.

This Halloween, after the jack o'lanterns have flickered out and the costumed children have all returned home, remember that there may still be some masters of disguise lurking in the shadows.