"I called this": How David Wain mastered fake news with a Manafort joke

Why are we so quick to believe entertainers have fortune-telling powers nowadays? 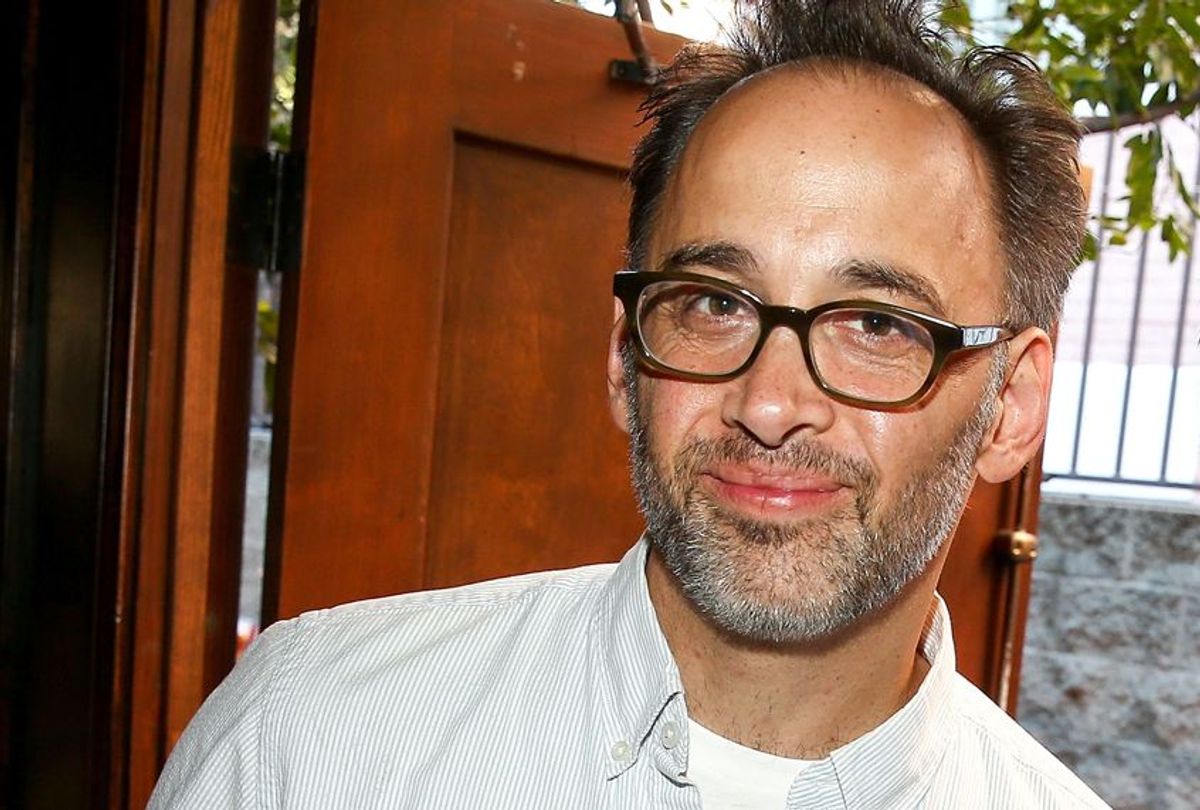 “I woke up early to go to the gym,” the comedic actor and director explained to Salon, “and I was watching something on my iPad. Then the little thing comes on that said [Donald Trump’s former campaign manager] Paul Manafort was indicted. And I guess I'm so rarely right in the moment, even paying attention to anything like, so I said, ‘Oh I maybe I should just tweet something since I could comment on this.’”

Wain, a comedian and director, is not a prolific Twitter user. Most of his timeline is composed of retweets and links to news stories. But in this case, for reasons he can’t quite explain, “I literally just sat down on my computer for two seconds and created that fake tweet from a year and a half ago and put it out there. I didn't even honestly think about what the point was or why or even so it was funny. I just did it.”

I called this a year and half ago. pic.twitter.com/U98IwhwdDn

Then he went about his day, not really thinking about it. Until, that is “I looked at my phone an hour later and I was like, ‘Jesus.’" Wain’s tweet quickly caught fire, circulating through social media to the point that it was included in a couple of “Hollywood Weighs In!” social media round-ups. Although Wain quickly went back to Twitter and admitted in the tweet’s timeline of replies that this was a joke, there was simply no way to re-capture that red balloon.

At the time of this writing, it’s been retweeted more than 1,200 times and received 7,200 likes. “I have to say, I was scared in a weird way," Wain admitted, "because within 20 minutes of me putting that up there was this whole sort of . . . thing.” In this simple and almost reflexive gambit to get a laugh, Wain provided a example of how dangerously gullible the public has become in an age of the casual dispersion of misinformation.

“Now I realize how easy it is for a guy sitting in his bedroom in two minutes to Photoshop something, and then everyone believes it,” he said.

As much as some would like to believe it's people on the other side of the political divide (whatever that means to you) who are more vulnerable to false information, Wain's tweet is another crumb of proof that anyone can fall for anything. To be fair, though, in order to get that Wain was joking, you’d have to be familiar with his work. On television, he’s appeared in the Comedy Central series “Another Period” and TV Land’s “Younger,” as well as Netflix’s “Wet Hot American Summer: First Day of Camp.” He’s directed films such as “Role Models,” “Wanderlust” and the feature film version of “Wet Hot American Summer.”

Knowing this, one might have had an inkling that Wain could have been peddling a tall tale. Then, Wain argues, there’s good old fashioned common sense: The alleged prediction was (absolutely never) posted before Trump was elected, before most people knew anything about Paul Manafort’s curriculum vitae or his business reputation. Thirdly, a Twitter user may have noticed that when he or she places a computer cursor on the alleged prophecy, it doesn’t click through to anything. At this point, one might have read the timeline of replies.

Granted, a number of users got the joke immediately. Fellow comedians, for example.

holy shit. you nailed it.

Some eagle-eyed social media users also figured it out straightaway.

Thanks for proving that ppl will just accept any random claims without investigation. I actually went back and looked at your timeline. :( — Chris Tullbane (@ctullbane) October 31, 2017

But many others believed him. By the time Monday afternoon rolled around, Wain had friends telling him, "’People in my office don't believe that it's fake. They are convinced that you did predict.’ I said it on Twitter, like, two minutes later, that it was a joke, and they still don't believe it.”

You see, in the way of any good joke, Wain’s social media punchline works on a number of levels. There’s his statement, “I called this a year and half ago,” that nods at the low-grade social media fever trend of seizing proof of one’s analytical superiority — “I called it!” — on the occasions when current events line up with personal theory.

This occurs in a range of arenas, from visualizing where a TV series plot will go to speculations about the winner of the World Series to guessing at the next move of a thoroughly predictable president. If someone like Wain was able to “call” the Manafort news a year and a half ago almost to the day, then maybe they can comfort us by "calling" exactly when we’re getting out of this.

“We are so distraught about Trump and so desperate for some kind of solid confirmation that we are right and that something's going to change, I guess,” he observed.

Wain also happens to be a professional comedian in an era when comics are increasingly viewed as something akin to benevolent clowns with the power to lead us out of the sewer, as opposed to dragging us to Hell. Some fortune telling ability may be part of that package. Remember that a year ago, multiple headlines crowed about “The Simpsons” predicting Trump’s presidency.

Anthony Atamanuik’s gags on Comedy Central’s “The President Show” tend to be eerily accurate because, as he told Vanity Fair in August, he’s figured a predictive model that enables him to learn how his quarry thinks as opposed to mirroring what he says. Other entertainers who predicted we’d be here include Adam Carolla, cartoonist Garry Trudeau and, as he likes to remind us time and again, Michael Moore. Wain is well-known and has a following, and these days that’s really all you need to style yourself as a plausible truth dispenser.

And here, he's given us a concise example of what happens when the crumbling of the line between truth and fiction becomes complete. Wain intended to be subtly satirical in the manner of his occasional #minorsignchanges posts on Instagram. Unfortunately, as he found out, ours is a not a time for subtlety.

“I'm just interested in how easy it is to manipulate reality and especially in a way that's potentially believable,” he said. “And people will believe it. Clearly that’s what's happened. That's the genius of the people who invented all those articles about Clinton and stuff on Facebook. It's just this side of possible, and so everyone eats it up."

“Honestly,” Wain stressed, “I was making no point. I just was thinking my thought was kind of funny, but I can't defend it comedically or conceptually.”

That may be so. But he's raised a few people's hopes nevertheless.

With your future vision, can you please tell us when he’s out of office? I just can’t wait