I found love in a haunted prison

If the walls of Eastern State Penitentiary could talk, they would not tell tales of romance 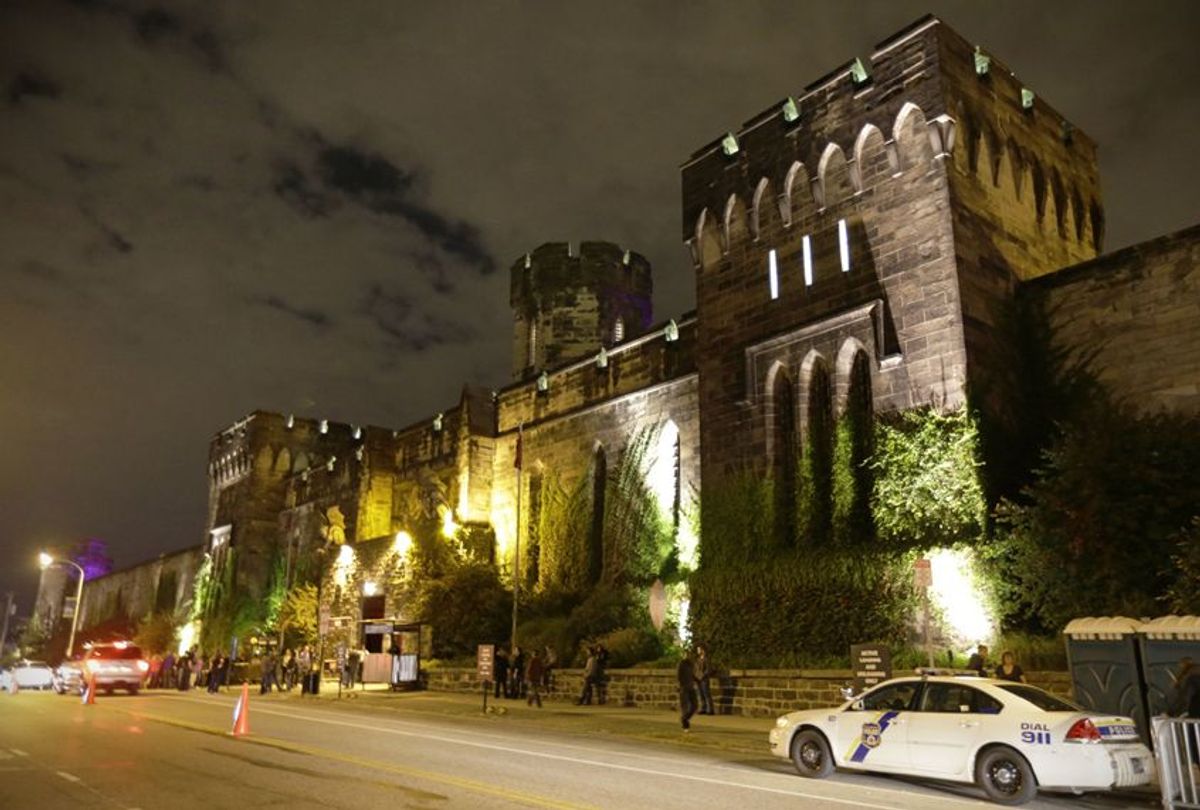 The Eastern State Penitentiary (ESP) in Philadelphia, Pennsylvania, is a forbidding site. It is the birthplace of "rehabilitative" solitary confinement and for more than a century, held some of America's most notorious criminals. Stories of abuse, murder, and physical and psychological torture poured out from behind the walls since the day it opened in 1829. And then there are the ghosts, which prisoners reportedly feared as much, if not more, than the physical conditions. Burdened by this history, and the ever-increasing expensive repairs, the city locked the front gates and abandoned the entire site in 1971. It sat vacant for over 20 years, while animal and human scavengers ransacked the ten-acre site and claimed it for their own, before it was rescued in the 1990s by architectural preservationists.

It is not a place most people go to fall in love.

Yet in its own unexpected way, it's quite beautiful. The feelings of awe and trepidation I felt walking into the neo-gothic institution, enclosed by its 30-foot walls, were overwhelming. Standing in the central rotunda in 2014, beneath the cathedral-esque vaulted ceilings, it was hard to take in: I gazed down cellblock after cellblock, stretching out like spokes on a wheel. All around me were crumbling walls that revealed their history in layers, like rings on a tree: from grey stone, to copper colored brick, to cement, to the green and white flaking paint. Heavy and jagged portions of the floors and walls sat in piles where tree roots and vines had pushed through and wound around the remains of scavenged equipment, a kind of mechanical carnage.

I was there doing research for a book on fear and why and how we engage with scary material. I've spent the past 10 years working in the "haunted attraction industry," a surprisingly booming economy built for people who love nothing more than to have their socks scared off. In this little world, there are few places as grand and influential as ESP.  I knew I had to come, because, in addition to the ghosts and whatever animals have made ESP their home, it houses a massive haunted attraction, Terror Behind the Walls. It is the site's most successful fundraiser, welcoming more than 100,000 guests each season. It's also one of the most impressive in the industry, thanks in part to the work of the creative director Amy, who makes a living thinking of ways to scare people. In this case, me.

I'd met Amy two years before and was immediately crazy about her. She was into scary stuff, confident, magnetic, oozing charisma. I flushed when she said my name, and I startled easily and often when she tried to spook me. I, on the other hand, hadn't registered on her radar as anything more than a professional colleague.

But a lot had happened in the two years since I'd met her. ESP was my last trip in a series of adventures I'd undertaken for my book: I had been lost in a dangerous section of Bogotá, pondered mortality in the mysterious Aokigahara Forest in Japan, hung by a cable from the side of the 117-story CN Tower, and survived more anti-gravity roller coasters and Hollywood-caliber haunted houses than I could count. The experiences had made me stronger, braver. I did not scare easily.

That night, standing with Amy in a dark, abandoned prison, I felt my heart race and I wiped my sweaty palms again and again on my shirt to keep the grip on my flashlight. These were classic symptoms of fear — or in my case, a searing crush on an amazing woman.

It was around 10 p.m. and we were the only ones left on site. Amy would take me first through one of their attractions, and then move on to tour the entire site. "Hopefully you won't get too scared, Margee." Her smile was equally devious and adorable. I'd never heard a voice like hers — singsong, expressive, yet controlled. She could go from whisper to shout in less than a breath.

Matching her playful tone, I told her I wanted to get scared, that's what I was there for, that she should do her best. (Amy would later tell me this is when she knew that she had to be at her most terrifying. "It was on," she said.)

We ventured from one cellblock to the next, encountering rodents of every kind, along with large black beetles that scurried with every labored opening of the heavy wrought iron gates that block each corridor, each cell. We walked through tree branches, tangled vines and sharp hanging stalactites, over roots as thick as a human leg, and carcasses of birds, mice and God knows what else in varying states of decay. Small signs of life and death were everywhere.

All the while, we shared stories of the creepy places we'd been and vendors with the most realistic body parts for the best price. We brainstormed costumes, characters and sets for the perfect scares. Amy even shared her secret recipe for fake blood: between two fear industry professionals, this is a true gesture of intimacy. We eagerly and anxiously made choices about what to say, what to share and what to keep secret, exploring each other's boundaries like the darkening walls of the old stone prison, boundaries built from histories of loss and pain and a desire to bring light into the dark places.

The time was approaching 2 a.m. and there was only one place left to see: the punishment cells underground, where I would finish out the night.

The punishment cells, or the "Klondike," are described in a 1924 warden's report as a row of unsanitary, windowless cells with black painted ceilings and walls, and only an iron toilet and faucet.

"Are you sure you want to do this?" Amy asked as we stood at the top of the steep stairs.

"OK, step where I step and take your time," she said. "Be extremely careful. I've seen your squirrel moves."

"I will," I said with a hint of defiance — and honestly, a touch of ego. I'd survived a lot in my travels.

But Amy stopped me, held my hands and looked me in the eyes.

"I'm serious, Margee. I really don't want you to get hurt."

There it was again, the feeling of being lifted gently off the floor and set back down as she said my name. But this time her voice was nothing but sincere, her face nothing but concerned. I believed her.

I went into the hole and crouched down in the first cell off to the right. The ceilings were only about five feet high, which became unbearably uncomfortable almost immediately. But that wasn't the worst of it.

There are few places in our well-illuminated world that are pitch black. Even the pin light of a cell phone charger gives us something to orient ourselves against, a way to make sense of where we are. But not here. Reading about these places is not the same as being in them. There is a physical reality that is impossible to replicate.

I was hot and cold at the same time, and the thick damp air made me feel like I was suffocating. I felt frantic; a profound sense of powerlessness and loss of balance in the total darkness came over me. My eyes were open, yet saw nothing. I tried to strain and refocus a thousand times. I waited for my eyes to readjust, but when they didn't, there was no place left to go except into my own mind. I felt a deep and genuine terror.

I lasted only a little over two hours, and when I left, I took the stairs two at a time. My relief upon reaching the top was quickly replaced with panic as I looked around. It was still dark, and I was disoriented. I desperately scanned up and down the never-ending stone walls, and finally saw a dim light in the distance.

"Amy?!" I shouted and started running towards her. As she stood I wrapped my arms around her and held her tightly.

"You waited here for me?" I said, as tears welled in my eyes.

I did need her, and Amy has stayed true to her word. That night was now over three years ago, and on July 8, this time inside the walls of a historic military fort that is rumored to be haunted, we promised each other that we'll always be close, that we'll be each other's light when darkness inevitably falls. After we exchanged our vows, with friends and family gathered, we stood together, each with one hand on a flaming torch, and fired a 200-year-old cannon into the night sky.