It's completely legal for NYPD cops to have sex with someone under arrest; this could change that 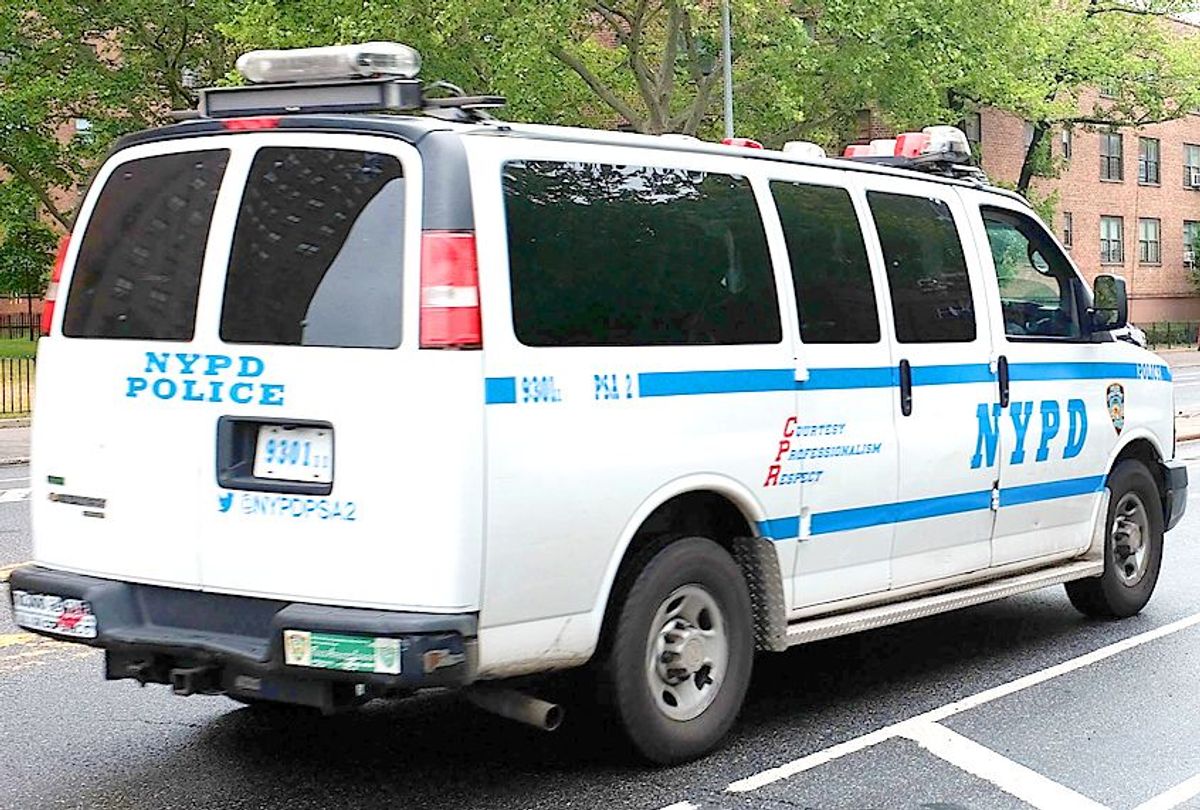 Two NYPD officers were charged Monday with rape and kidnapping, after allegedly forcing an 18-year-old woman to have sex with them while she was detained in their custody The New York Times reports.

The incident occurred in Brooklyn on September 15. The two detectives, Edward Martins, 37, and Richard Hall, 33, claimed the sex was consensual. Both officers pled not-guilty and were released on bail.

While New York State law outlines that incarcerated individuals are unable to give sexual consent to corrections officers (and the same for those on parole to their parole officers) there is currently no law that bans sexual activity been officers and individuals under arrest or temporarily detained.

It is against NYPD policy to have sex on duty, and officers can be charged with official misconduct, but it is not actually illegal — a loophole that officers Martins and Hall attempted to exploit.

New York City Council Member Mark Treyger wants to change that. Representing the same district of Brooklyn in which the alleged rape took place, he has proposed legislation that would make it illegal for an NYPD officer to engage in sexual activity with someone in police custody, in a police car, under arrest or during any police interaction whatsoever.

"We need to expeditiously align our laws with what I believe is pure common sense and pure human decency," Treyger told Salon. "There is no way someone can provide consent to an officer when they’re in their custody. That is a power dynamic that leaves the person in custody powerless."
Prosecutors from the district attorney's office described a shocking tale of events in Brooklyn's State Supreme Court Monday. Martins and Hall were part of an anti-drug unit operating in the Coney Island neighborhood when they stopped the Brooklyn teen's car, which had two other men in it. The New York Times reported:

As the detectives — both in plainclothes — approached the car, one of them shined his flashlight through the window and saw the young woman adjusting her bra. When Detective Hall asked if she was hiding something, she told him she was simply adjusting her nipple piercing, Mr. DeGaetano [prosecutor] said. The detectives asked her to prove it, and the young woman lifted up her shirt, showing them her breasts.

The police officers searched the car and reportedly discovered a small amount of marijuana and anti-anxiety medication on the teen. She was then handcuffed and put into the police van. The prosecutor said the detectives called the woman's friends, who were in the car, to tell them not to follow the van as it, nominally, proceeded to the precinct.

Instead of heading to their precinct, the prosecutor alleges that Martins described himself and his partner as "freaks" and asked the teen what she was willing to do to avoid arrest. He said the officers tightened her handcuffs before forcing her to perform oral sex on both of them. Martins then raped her as she cried for them to stop. A rape test conducted on the teen after the incident found both officers' sperm, the prosecutor said.

The officers were originally assigned to desk duty and stripped of their weapons, but were suspended and demoted Friday after the Grand Jury indictment. Martins and Hall surrendered Monday, though "their lawyers vowed to vigorously fight the charges, arguing that prosecutors had given too much credence to the woman’s 'uncorroborated' claims and suggesting that the encounter was consensual," The New York Times reported.

It is this defense that Treyger is trying to make sure is never allowed again. "My bill, which is at the city level, would make it a misdemeanor, and would prohibit an officer from engaging in sexual activity with someone in their custody, but that is the toughest penalty we can implicit at the city level," he said.

While Treyger acknowledges that the city bill is a good first step, "ultimately we need Albany to amend that state penal code and to specifically prohibit this heinous act and to make it a felony."

In 2015, the Associated Press conducted a year-long national investigation and found 1,000 officers "who lost their badges in a six-year period for rape, sodomy and other sexual assault." The AP said its estimation of the number of officers who engaged in sexual misconduct while on duty was "unquestionably an undercount," as many state-wide police departments, including New York, were not tallied. The AP found that those agencies have no system for decertifying officers for misconduct.

Stories of officers who prey on detained women are regularly unearthed. Take, for instance, former Oklahoma police officer Daniel Holtzclaw, who was convicted in 2015 of 18 counts of sexual assault against 13 different women.

As the national dialogue about consent and the power imbalance in Hollywood claim centerstage, it's increasingly urgent to move the conversation past the entertainment industry. It is perhaps most urgent in the case of law enforcement.

The way the officers and their lawyers have attempted to recast the victim as financially motivated or unreliable, which Treyger calls a "smear campaign," is a familiar trope, a reminder of the way sexual assault victims undergo several stages of assault: the initial horrific encounter, the defamation of their character by law enforcement, in court and sometimes in the media, too, and so often, the miscarriage of justice. Even with DNA evidence, rape cases are notorious difficult to prove.

"It is shocking and unfortunate that they would blame a teenager for the acts of their clients," acting Brooklyn District Attorney Eric Gonzalez said in a press conference after the arraignment. "To think that these are grown men in a position of power over an 18-year-old, and for them to blame her, is ridiculous and demeaning. To my mind it speaks to desperation."

"Right now, our Brooklyn district attorney has to prove a rape case," Treyger said. "But if this was on the books already, this case would be shut."