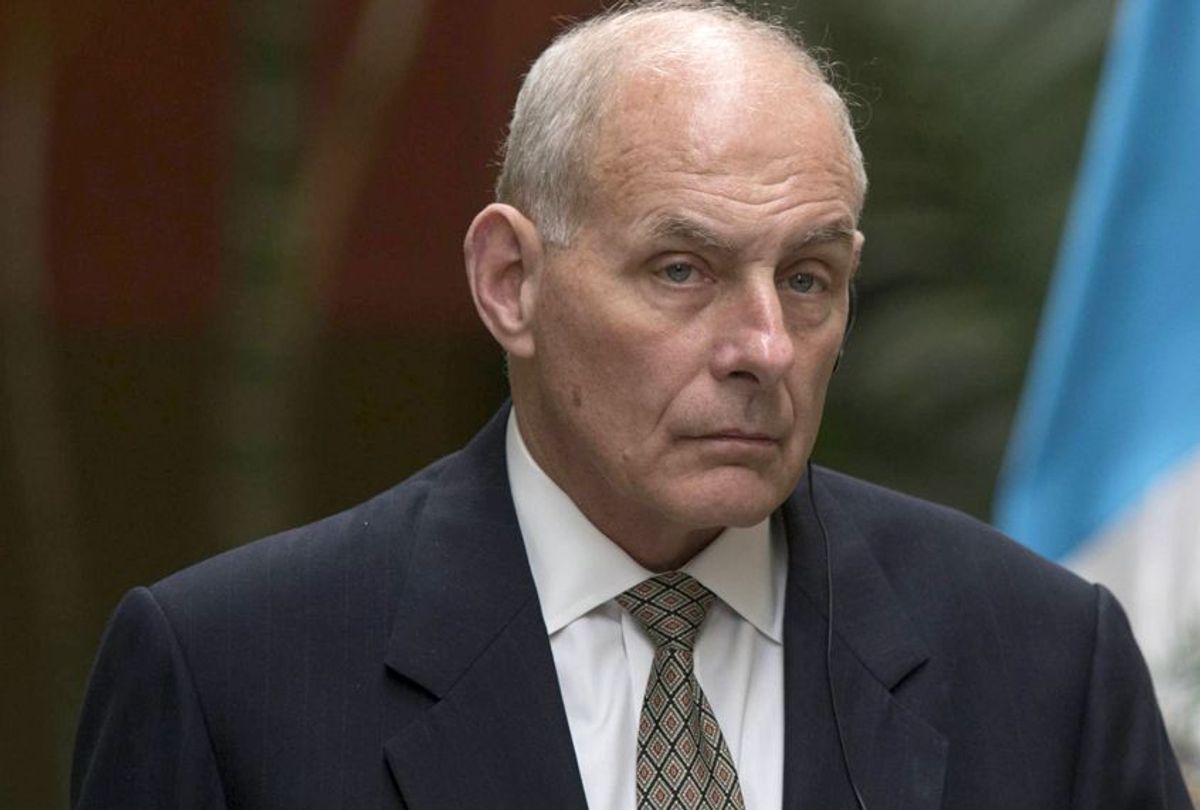 President Donald Trump's chief of staff, John Kelly, is being publicly schooled by writer Ta-Nehisi Coates after making asinine statements about the outbreak of the Civil War.

"I would tell you that Robert E. Lee was an honorable man," Kelly told Fox News host Laura Ingraham on Monday. "He was a man that gave up his country to fight for his state which in 150 years ago was more important than country. It was always loyalty to state first back in those days. Now it's different today."

Kelly added, "But the lack of an ability to compromise led to the Civil War. And men and women of good faith on both sides made their stand where their conscience had to make their stand."

The problem with Kelly's statement, of course, is that it's flat-out wrong. Slavery was incorporated into the Constitution through the three-fifths compromise (i.e., allowing slaves to be counted as three-fifths of human beings for taxation and representation purposes) and was continued, despite fierce opposition by abolitionists, through political compromises in 1820 and 1850, as well as with the Kansas-Nebraska Act of 1854.

But why explain it when Coates, a MacArthur Fellow, can do it better?

Coates drops a lot of knowledge in this Twitter essay, but the points most relevant to Kelly's Civil War faux pas (aside from the ones already mentioned) are his references to the 1860 presidential election, the compromise of 1877 and the scholarship of David Blight. When Abraham Lincoln was the Republican presidential nominee in 1860, he ran on a platform that merely pledged to prevent slavery from expanding into the western territories, rather than one that would outright abolish it. After the Republicans and Democrats were engaged in an epic tussle over who won the 1876 presidential election, Democrats struck a deal with Republicans in 1877 in which they would refrain from contesting Rutherford Hayes' election if the GOP effectively abandoned Reconstruction and left the freed slaves to the whims of the former slaveowners.

Finally, as historian David Blight makes clear in "Race and Reunion," the romanticized interpretation of the Lost Cause, as well as the proliferation of Civil War monuments honoring the Confederacy, were deliberate efforts by white America to increase its unity at the expense of people of color.

Kelly has joined his boss in offering inaccurate views on the causes of the Civil War. In May, Trump claimed that President Andrew Jackson might have been able to prevent the Civil War through his leadership, arguing, "I mean, had Andrew Jackson been a little later you wouldn't have had the Civil War. . . . he had a big heart. He was really angry that he saw what was happening with regard to the Civil War, he said 'There's no reason for this.'"

It is important that Coates doesn't simply point out where Kelly's history is wrong, but locates his comments within the broader paradigm of white supremacy. Arguing that Robert E. Lee was an honorable man or claiming that judging the Confederacy reveals "a lack of appreciation of history and what history is" implies that the experiences of African-Americans during the Civil War are somehow secondary in significance to those of white America.