Senate Intelligence Committee hopes to pass off major expansion of NSA's spy powers as "reform." No thanks 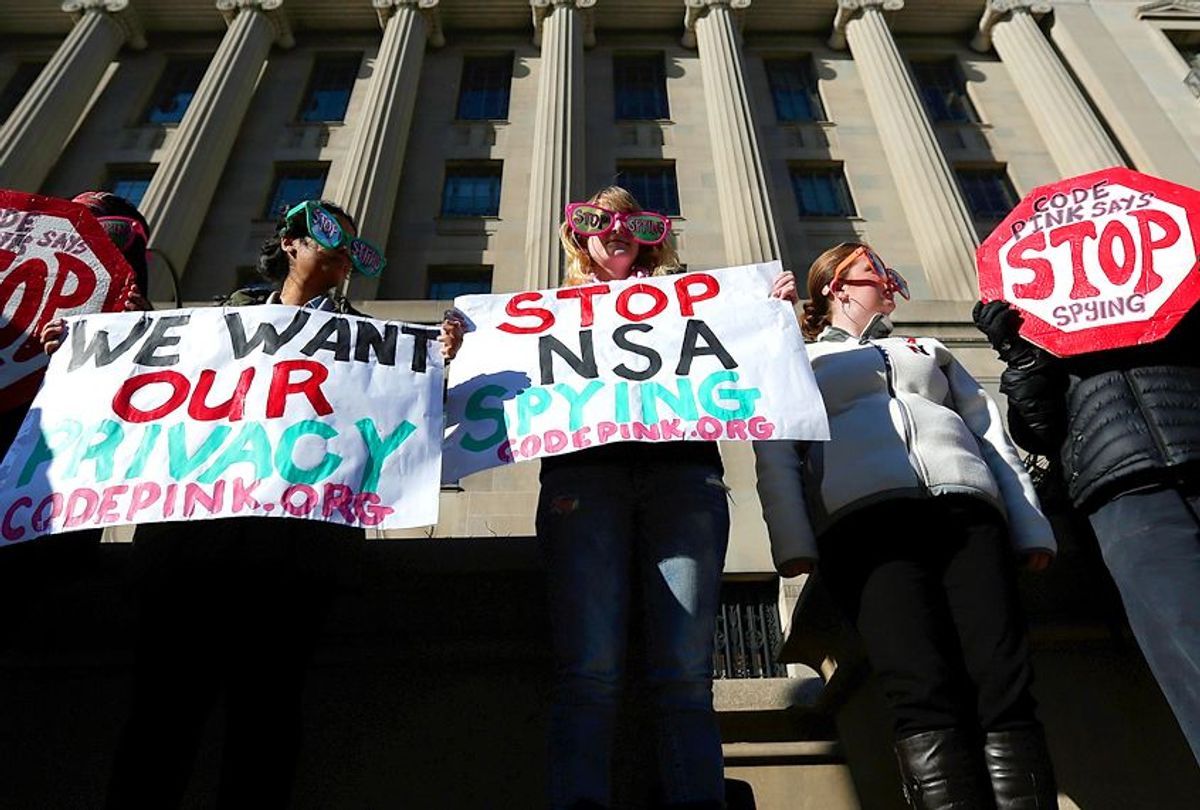 Halloween is now behind us, but perhaps the scariest thing facing America right now (at least, that has little or nothing to do with Donald Trump) is a current Senate bill that would codify the numerous legal and constitutional violations routinely committed by the National Security Agency (NSA).

For the first time since Edward Snowden revealed that the NSA has been routinely intercepting communications by U.S. citizens without a warrant, the law which used to justify this surveillance is up for congressional review. Some sort of legislation regarding the surveillance state must pass Congress before Dec. 31, since that's the expiration date of Section 702 of the Foreign Intelligence Surveillance Act (FISA).

While there is a bipartisan coalition of representatives and senators in favor of closing legal loopholes that have been used to spy on Americans, several important obstacles to reform remain.

Though he has on several occasions compared American intelligence agencies to Nazis and accused them of deliberately leaking information damaging to him, President Donald Trump nonetheless favors a “clean reauthorization” of Section 702 of FISA.

In this regard, Trump has merely followed in the steps of Barack Obama, under whose administration the NSA -- with no congressional authorization -- expanded its authority to collect and store information about a foreign target, even if the person or group was not actually a party to the online conversation. Under Trump, the agency has scaled back this particular technique, although it has reserved the right to resume using it at some future time.

As would be expected, advocates for keeping and expanding the surveillance state are claiming that it increases public safety.

“Congress should do its part to make America safe again and leave the politics of distraction for another day,” Thomas P. Bossert, a White House counterterrorism adviser, wrote in a June op-ed for The New York Times.

Expect more rhetoric of this nature to come forward in the next two months, as the national security state and its congressional enablers use fear to defend a spying regime that is rarely discussed and about which most members of Congress have been kept deliberately ignorant. For Republicans, reform opponents have drummed up fears of terrorism. It’s a familiar tactic. In a 2014 joint op-ed, former CIA and NSA Director Michael Hayden and former Attorney General Michael Mukasey smeared a more modest bill as “NSA reform that only ISIS could love.”

Contrary to their overhyped rhetoric, however, passage of the USA Freedom Act did not hinder the international effort against ISIS. In fact, the conflict in Iraq and Syria against the Islamic fundamentalist group has begun turning against ISIS since the law’s passage.

After their limited success in 2014, privacy and civil rights advocates have been backing a bipartisan bill put forward by Sens. Ron Wyden, D-Ore. and Rand Paul, R-Ky., which seeks to greatly expand oversight of the NSA and to limit access to its database by domestic law enforcement agencies like the FBI or the Drug  Enforcement Agency.

In the House, reform advocates have managed to form a strong bipartisan group pushing similar legislation. It includes the right-wing House Freedom Caucus, all of whose members have promised to vote against reauthorizing Section 702 without major changes, and a number of progressive Democrats, including Rep. Ted Lieu of California.

Wyden and Paul have also managed to assemble a bipartisan group of Senate co-sponsors, including Al Franken of Minnesota, Mike Lee of Utah, Bernie Sanders of Vermont, Elizabeth Warren of Massachusetts and Dean Heller of Nevada. But their efforts to get the outline into a committee have so far been stymied by GOP Majority Leader Mitch McConnell.

Instead, McConnell has favored another bill cooked up by Senate Intelligence Committee chair Richard Burr of North Carolina, which would formally authorize many of the NSA’s misinterpretations of existing federal laws. The committee’s ranking Democratic member, Mark Warner of Virginia, tried to placate reform advocates by adding a restriction on FBI search access to the NSA database. This would do little to deter abuse, since it would not require the agency to obtain a judicial warrant, nor require it to provide proof to a court that surveillance targets might be committing crimes or acting as foreign agents.

Privacy advocates were further alarmed that Burr and Warner did not allow public debate about their as-yet-unnamed bill while it was in committee, even though every other piece of legislation dealing with surveillance after 9/11 has been publicly debated.

“It’s unacceptable that an issue of this magnitude was debated behind closed doors,” said Neema Singh Guliani, a legislative counsel at the American Civil Liberties Union. “We now know what mischief they were up to in secret.  Not only did they fail to curb the litany of abuses that have occurred in recent years, but in many respects the bill would expand existing surveillance authorities. Now that this language has seen the light of day, it is clear that this bill would further strip Americans of their constitutional rights.”

Wyden, one of three members of the committee to oppose the bill, blasted both the proposed legislation and the process behind it. “I voted against the Intelligence Committee bill because it does not include the reforms needed for the government to go after foreign threats while protecting the rights of law-abiding Americans,” he said. “It is time for an open debate so that the American people can see their representatives debate these authorities and reforms in the light of day.”

While the Burr legislation will almost certainly have the backing of  President Trump, McConnell and House Speaker Paul Ryan, Wyden and Paul’s proposal gives reform advocates an alternative to rally around, unlike in years past. McConnell and Ryan are likely to reprise their earlier technique of deliberately delaying debate and hearings until the last minute, in hopes of shoving through legislation that might as well have been written directly by the NSA and the military.

There’s no telling what civil rights advocates will be able to achieve in the coming months, but the surveillance state’s enablers will try keep Halloween going until the end of the year. Thanks in part to Snowden and an unusual bipartisan coalition in Congress, their efforts actually may not work this time around.