Is the GOP sacrificing its principles for the party? 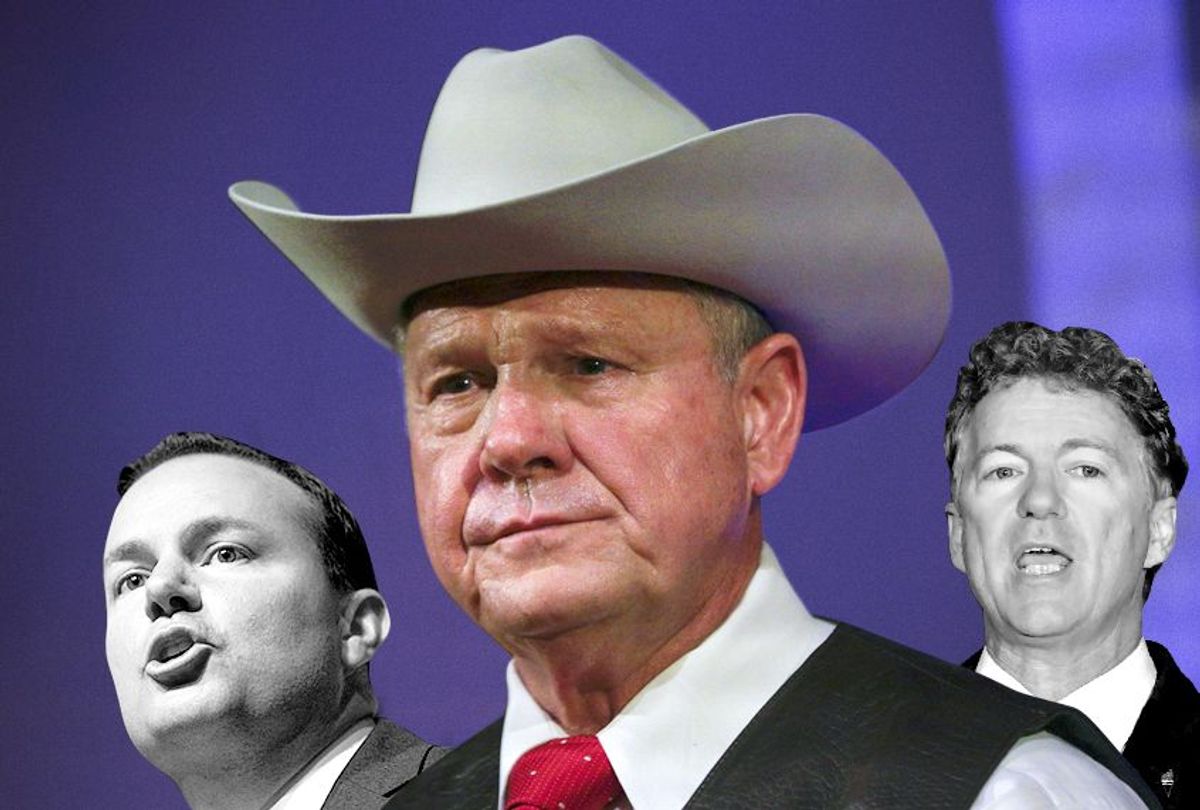 It's time to look at the party that, for the past eight years, has been claiming that it was trying to uphold constitutional values.

So even though the Republican Party wrapped itself in the Constitution in response to President Barack Obama, it's hard to think they'd actually want to keep those values now that they're in power.

Case in point: Roy Moore. Were it not for his Republican Party designation, Moore should terrify so-called constitutionalists. He has said that "homosexual conduct should be illegal," and once pushed for a congressman to be disqualified from holding office because he was Muslim (so much for the Sixth Amendment, which says that "no religious test shall ever be required as a qualification to any office or public trust under the United States).

But Moore has been welcomed by Republicans, and ones who have said they were constitutionalists before Republicans. Politico notes that Ted Cruz and Rand Paul have welcomed Moore into the fold:

“I look forward to serving with him,” Cruz said in an interview Thursday. “It is certainly the case that we need more strong conservatives in the Senate, and I have every reason to believe that’s precisely the sort of senator he will be.”

"The knock on many Washington politicians is that they get elected and then change. The swamp won't change Roy Moore. His mission is to stand for God, the Constitution, and the people of Alabama, and he'll inspire more to do the same,” said Brett Doster, a spokesman for Moore. "As to Washington, I think Republican leaders understand the importance of not giving Chuck Schumer another liberal ally in the Senate.”

“I refuse to be someone who immediately conforms to the establishment, caving on principle, to be a part of the political elite,” the former Alabama Supreme Court justice tweeted on Thursday afternoon after meeting with Paul.

“He’s less likely to be beholden to Washington-think, the idea that we can’t do anything. I think he’ll plan on coming and trying to change things. And I think we do need change,” Paul said of Moore, whom he’s spoken with multiple times. “He agrees with me that foreign aid is not constitutional. And there are a lot of things like that where we will be able to find common ground. And he doesn’t like Graham-Cassidy,” the Senate GOP's leading Obamacare repeal proposal, which fell short last week.

And Moore, who has raged against the Republican Party, seems eager to go after their funds. Per AL.com:

After chastising the Washington establishment for funneling money to Republican primary opponent Luther Strange, GOP nominee Roy Moore appears to now be seeking some of the same funds.