Trump's pick for NASA chief gets grilled on climate change

During a Senate panel hearing, Jim Bridenstine wouldn't say if humans were the primary cause of climate change 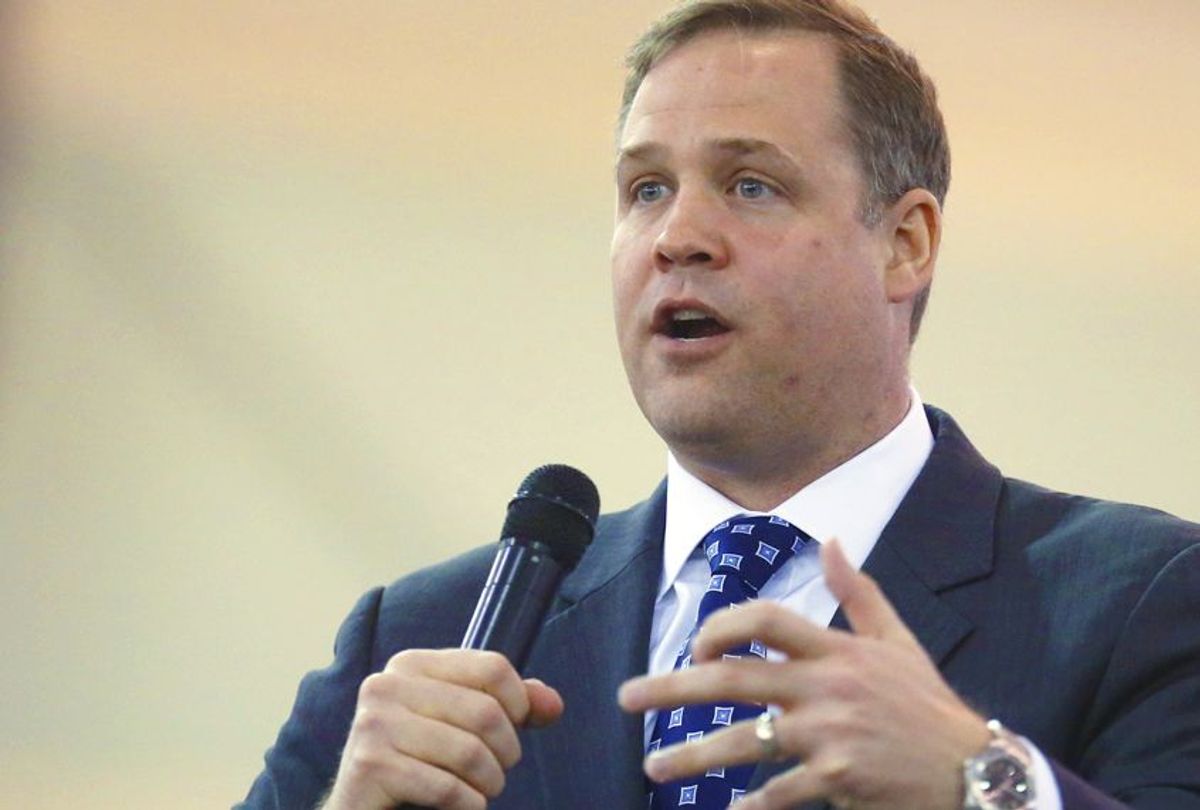 President Donald Trump's nominee to lead NASA faced a barrage of questions and criticisms from the Senate Committee on Commerce, Science and Transportation on Wednesday during his confirmation hearing, most notably from Sen. Bill Nelson, D-Fla.

"The NASA administrator should be a consummate space professional who is technically and scientifically competent and a skilled executive," Nelson, who holds tremendous influence over the space agency said, according to the Washington Post. "More importantly, the administrator must be a leader who has the ability to unite scientists, engineers, commercial space interests, policymakers and the public on a shared vision for future space exploration."

Nelson added, "Frankly, congressman Bridenstine, I cannot see how you meet these criteria."

Bridenstine has received notable endorsements from Sens. Ted Cruz, R-Texas, and Richard Shelby, R-Ala. In 2016 Cruz was the top recipient of oil and gas contributions, and reeled in nearly $1.5 million, edging out President Donald Trump, and Hillary Clinton, respectively.

But Bridenstine, a naval aviator as well as the former head of the Tulsa Air and Space Museum, also received an endorsement from Buzz Aldrin, the second man to walk on the moon, as well as key industry groups such as the Commercial Spaceflight Federation, the Post reported.

Panel chairman Sen. John Thune, R-S.D., indicated the nomination would be moved to the full Senate as soon as next week and that even though Democrats "were trying to rough up the nominee" he believes "the votes will be there" to confirm Bridenstine, the Post reported.

Bridenstine said he looks "forward to promoting the scientific community’s priorities" if confirmed, the Post reported. He added that he supports efforts "that increase our understanding of the Earth as a system and can enable solutions to the most pressing issues we face on our home planet."

Newsweek elaborated on the importance of the topic of climate change at the hearing:

Although NASA is most commonly associated with the spaceflight program, the agency's Earth science program is a huge portion of its work. This program plays a crucial role developing, launching and maintaining the satellites climate scientists rely on to understand what's happening in the atmosphere and on the ground. So if Bridenstine is confirmed, what he thinks of climate change matters.

"I believe carbon dioxide is a greenhouse gas, I believe that humans have contributed to carbon dioxide in the atmosphere," Bridenstine said on climate change, according to a Newsweek report. But Bridenstine also questioned the extent to which humans are responsible for contributing to climate change, a worrisome stance that echoes the words of Trump's EPA administrator, Scott Pruitt.

"Human activity absolutely is a contributor to the climate change that we are currently seeing," Bridenstine said, according to Space News.

When asked if human activity was the primary cause, Bridenstine said, "It’s going to depend on a lot of factors, and we’re still learning more about that every day."