How did Trump's goofy USDA pick end up in the middle of the Russia scandal? 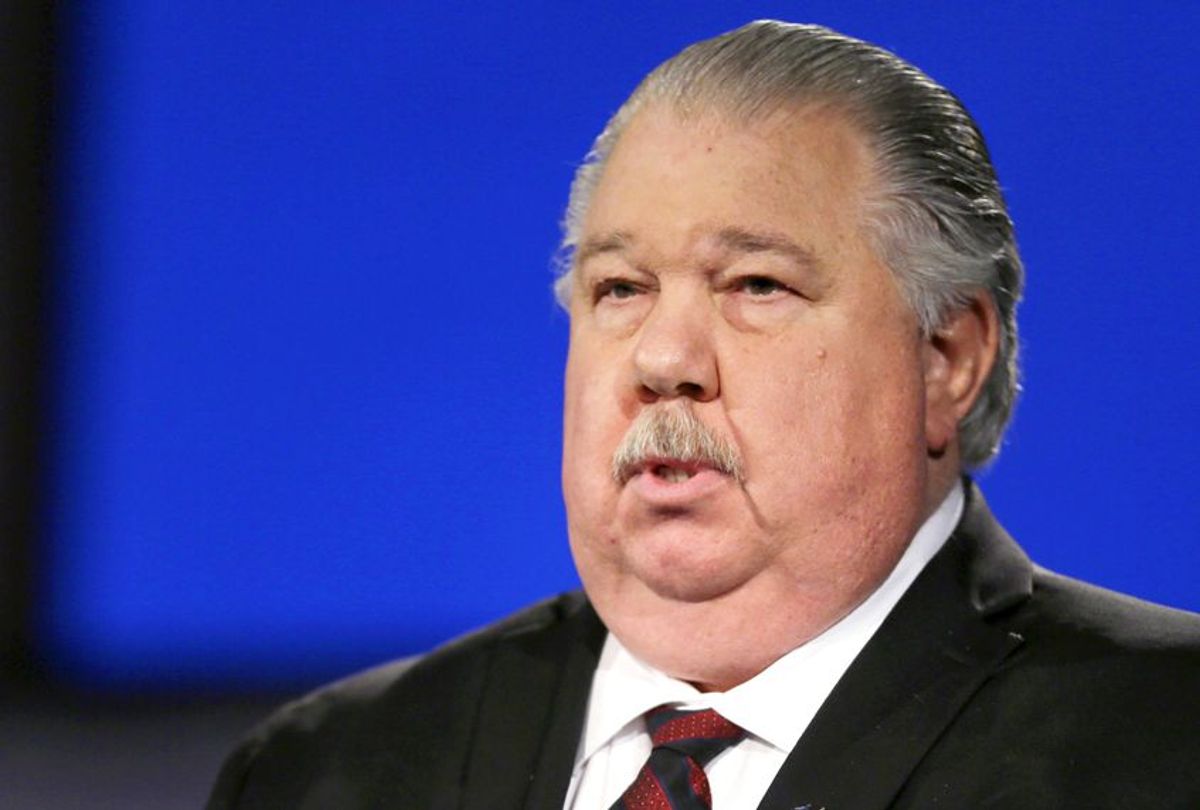 Special counsel Robert Mueller's investigation into possible collusion between Russian agents and Donald Trump's 2016 presidential campaign took a strange turn on Tuesday. (Not that it wasn't strange already.) NBC News reported that Sam Clovis — a failed politician and far-right talk radio host from Iowa who had worked on the Trump campaign — was brought in last week to testify in front of the grand jury that Mueller has impaneled. As Josh Marshall at Talking Points Memo noted, it appears Clovis was central to the selection of the infamous five foreign policy "experts" Trump hired as advisers during his campaign.

"We now know that two of those five men immediately began trying to establish contacts between the Trump campaign and the government of Russia or spies working on behalf of Russia," Marshall notes, adding that two of the other five were notable less for their expertise and more for being Islamophobic and reportedly anti-Semitic.

Clovis reportedly had direct communications with George Papadopoulos, the Trump foreign policy aide who recently pleaded guilty for lying to the FBI and admitted in his plea that he had communicated with Russian agents about emails from Hillary Clinton and the Democratic National Committee. Leaked communications between Clovis and Papadopoulos indicate that Clovis was a big fan of Papadopoulos' Russia work, though it remains unclear whether he was aware of any criminal hacking efforts.

Now here's what makes this whole situation even more bizarre: As I wrote about not long ago, Clovis was already on the radar of scientists and environmentalists who are deeply concerned about the threat he poses to America's food supply. That's because President Trump appointed Clovis to be chief scientist at the U.S. Department of Agriculture, even though Clovis has no scientific credentials and appears to have no relationship whatever to the agricultural industry, outside of being a dude from a Corn Belt state.

Even for the Trump administration, the pick was peculiar. Clovis' hostile attitude toward the agency he would run and his refusal to accept the facts about human-caused climate change are both, unfortunately, par for the course when it comes to the Trump administration. But most of Trump's appointments have some experience with the issues or industries their agencies are supposed to manage, even though they are largely industry insiders with an adversarial attitude toward government regulation. So even by Trump standards, Clovis was a head-scratcher, since he has no known relationship to the food or agriculture industry in any capacity.

In fact, on the same day NBC News reported on Clovis' grand jury testimony, a group of more than 3,000 scientists sent a letter to the Senate agricultural committee begging its members not to confirm such a wholly unqualified appointee. Their list of reasons to reject Clovis was long but, notably, did not include any mention of Russia. There's little doubt that the signatories to the letter were unaware of Clovis' role in the Russia scandal. Their concerns were strictly related to his total and confounding lack of qualifications to handle the job of chief scientist at the USDA.

As I reported in April, the job of chief scientist is not some meaningless make-work job, no matter what the Trump administration may think. That's more true than ever as climate change threatens the stability of the American food supply. USDA-funded and managed science is critical for finding solutions to protect the ability of farmers to keep producing affordable food.

As Karen Perry Stillerman of the Union of Concerned Scientists noted, the position Clovis is in line for controls a whopping $3 billion in research grant money for agricultural scientists. As Dr. Mike Hamm, a Michigan State University professor and a senior fellow at the Center for Regional Food Systems told Stillerman, it's "impossible to overstate the importance" of this grant money for "developing strategies to improve current yields while reducing environmental impacts of agricultural production, or identifying resilience strategies for increasingly prevalent issues."

Before this week, the broad assumption was that Trump had nominated someone so wholly unqualified because the president simply doesn't care about the USDA or science and saw the role as an easy way to give Clovis a salary and an office as a reward for his support.

But now there's reason for legitimate concern that something more troubling is going on. It seems inexplicable that the guy who coordinated a Russia-centric foreign policy agenda for the campaign has been appointed to an agriculture job. It's worth noting that climate change could be opening up agricultural opportunities for Russian farmers that were previously limited by that nation's wintry climate. For American farmers to remain competitive in the futures with northern countries like Russia and Canada, they need a USDA that backs them up with cutting-edge science and climate change adaptation strategies. Clovis is both incapable of doing that job and ideologically opposed to it.

Clovis' confirmation hearing is scheduled for next week. In light of the Russia scandal, the Senate needs to reject his nomination and demand that Trump appoint someone who is actually interested in promoting the needs of American agriculture -- and who doesn't have troubling connections to Russian interference during the election.