Is the GOP's tax plan dead in the Senate? 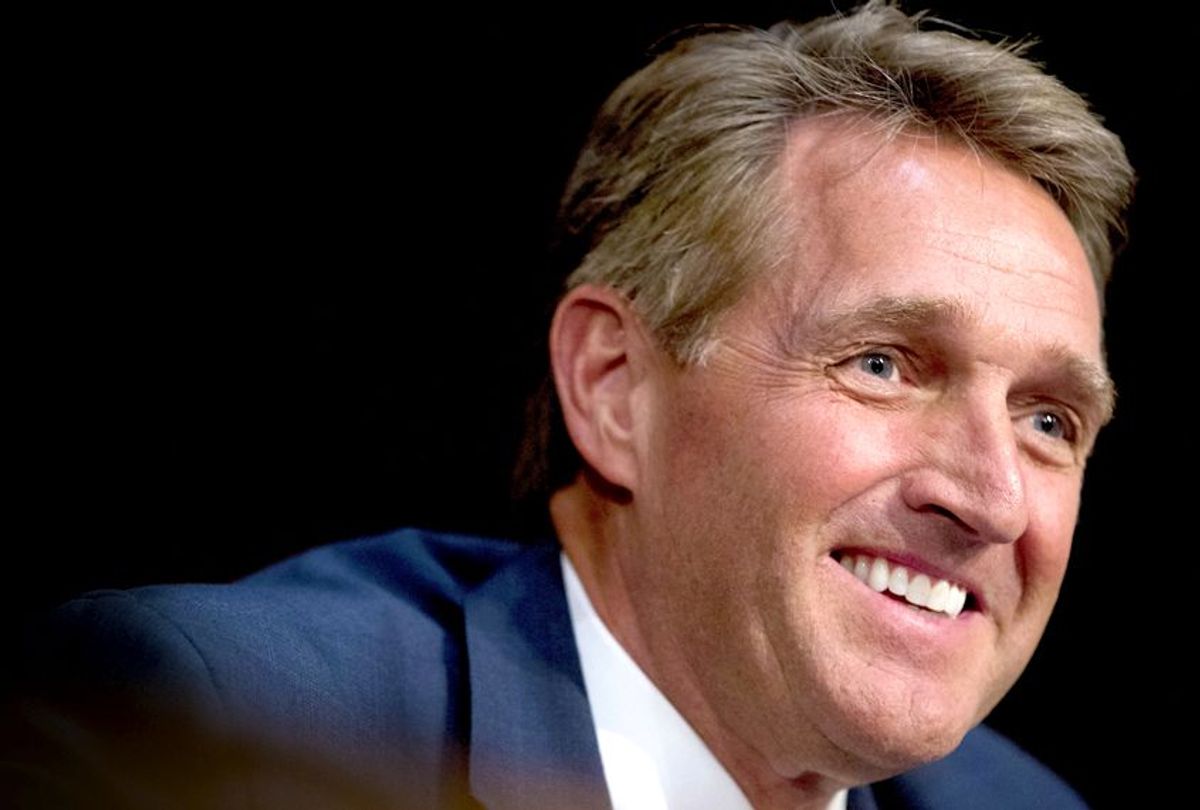 If President Donald Trump wants the Tax Cuts and Jobs Act — the official name of his "Cut Cut Cut" bill — to pass, he needs to hope that the logic of his Republican critics like Jeff Flake doesn't prevail in the Senate.

"I believe that when we do cut certain taxes, it does generate a greater economic activity, which does in turn mean additional revenue to government. There are limits to that model, however," the Arizona Republican told the Senate in a Thursday speech.

"We cannot simply assume that we can cut all taxes and realize additional revenue. It's important that tax reform comes as well. We've been hearing a lot about cuts, cuts, cuts. If we are going to do cuts, cuts, cuts, we have got to do wholesale reform. With the national debt exceeding $20 trillion, we've got to take this seriously. Rate reductions have to be accompanied by real reform."

He added, "We cannot simply rely on rosy economic assumptions, rosy growth rates, to fill in the gap. We've got to make tough decisions. We cannot have cuts today that assume that we'll grow a backbone in the out years in terms of the real reforms that we're going to need."

Flake's statement could constitute a major blow to Republican tax reform efforts, particularly if it is shared by enough of his colleagues. If three Senate Republicans voted against the bill — not an improbable scenario — it would fail.

Flake's argument that tax reform advocates should not rely on "rosy economic assumptions" refers to the claim by many tax cut advocates that, because they think tax cuts will stimulate economic growth, any revenue lost by the cuts will be more than made up for by the gains in new revenue.

That said, there will be no changes to 401(k) retirement plans.