Jeff Sessions: I now recall that proposal for a Trump-Putin meeting I said didn't happen

Sessions will be remembered for how selective his own memory is, which may deliver him a perjury charge 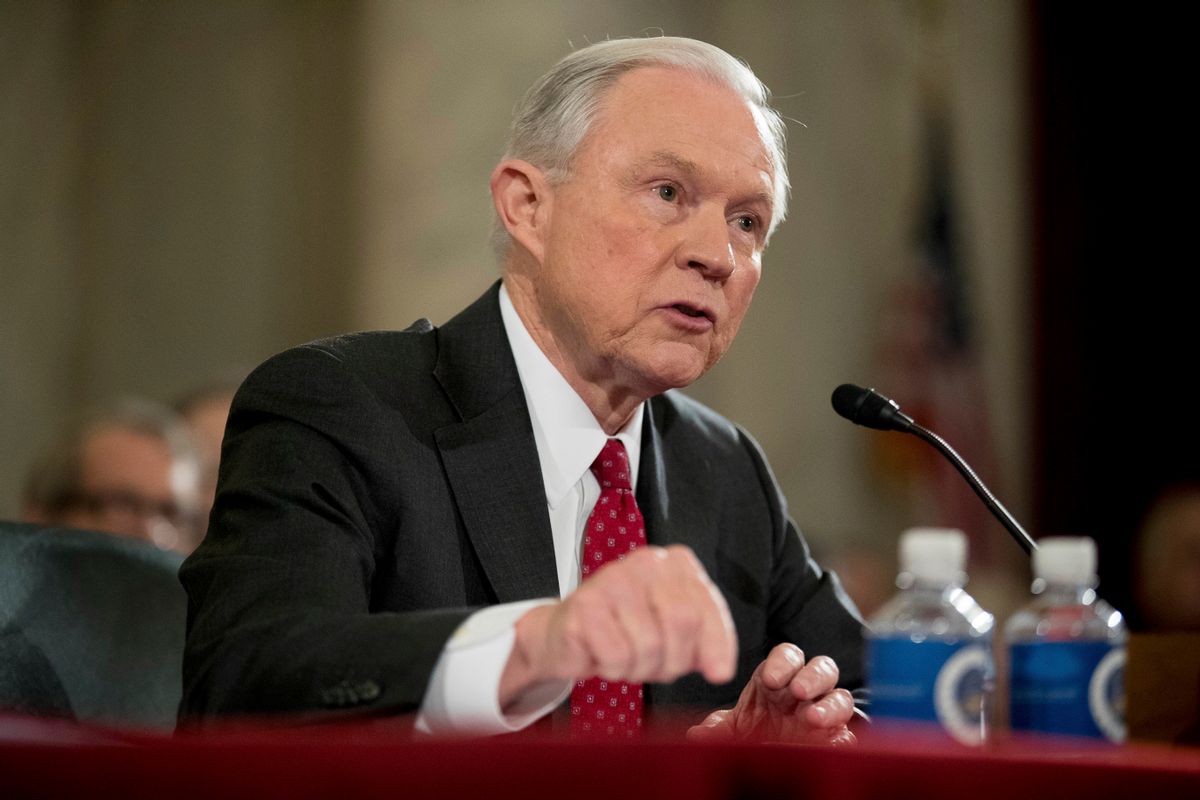 All of a sudden, Attorney Jeff Sessions has regained a specific portion of his memory.

On Thursday afternoon, Ken Dilanian of NBC News reported that Sessions now remembers the March 31, 2016, meeting in which George Papadopoulos, a former foreign policy adviser to President Donald Trump's campaign, announced that he could set up a meeting between Trump and Russian President Vladimir Putin.

Special counsel Robert Mueller issued indictments on Monday to Trump's former campaign chairman, Paul Manafort, and his business associate, Rick Gates. But the biggest bombshell of the day was when a guilty plea from Papadopoulos was unsealed after the indictments were made public.

During the March "national security meeting," which was attended by Trump, Sessions and others, Papadopoulos "introduced himself" and then said "in sum and substance, that he had connections that could help arrange a meeting between then-candidate Trump and [Russian] President Putin."

Trump also tweeted a picture of himself, Sessions and Papadopoulos in attendance at the meeting.

The question is now being raised whether or not Sessions committed perjury during his testimony earlier this year.

In the opening statement of his second testimony, Sessions said, "I have never met with or had any conversation with any Russians or any foreign officials concerning any type of interference with any campaign or election in the United States."