According to the Department of Justice, Sessions was there when an aide said he had a path to Russia 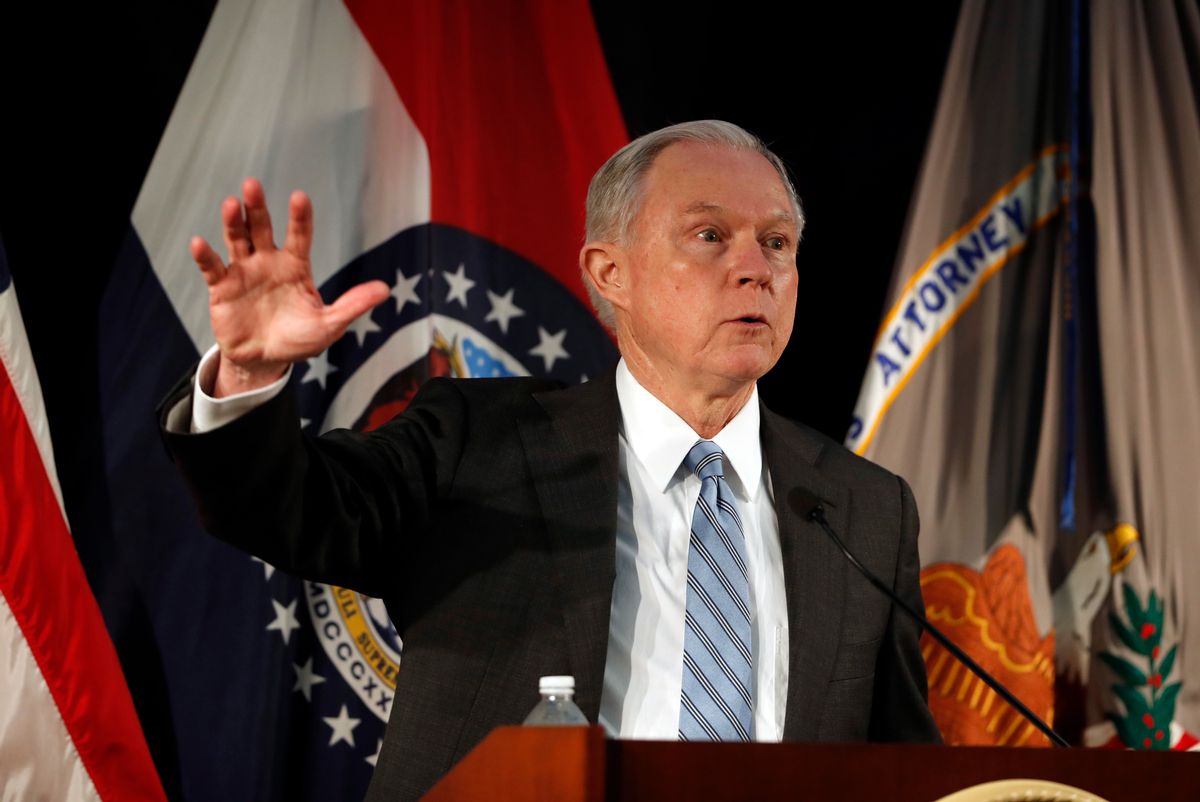 The credibility of Attorney General Jeff Sessions has been called into serious question after the Justice Department unsealed a plea deal taken by a former foreign policy adviser to President Donald Trump's campaign.

The documents revealed that former adviser George Papadopoulos attended a "national security meeting in Washington D.C.," on March 31, 2016, along with Trump, Sessions and others. In that meeting, Papadopoulos "introduced himself," and explicitly stated "in sum and substance, that he had connections that could help arrange a meeting between then-candidate Trump and [Russian] President Putin."

Trump tweeted a picture of the meeting the day it occurred, and he, as well as Sessions, sat at opposite heads of the table. Papadopoulos is pictured to the left of Sessions in the middle of the table.

While both Trump and Sessions have repeatedly insisted there has been no collusion with the Russian government, Sessions has pledged this argument under oath. Sessions also led the foreign policy team of which Papadopoulos was part.

"I have never met with or had any conversation with any Russians or any foreign officials concerning any type of interference with any campaign or election in the United States," Sessions told the Senate Intelligence Committee in the opening statement of his second testimony on June 13. "Further, I have no knowledge of any such conversations by anyone connected to the Trump campaign."

If the Justice Department affidavit is true, and Sessions was in the room at the time Papadopoulos explained he wanted to arrange a meeting between Trump and Putin, there could potentially be a perjury case.