Here's the weirdest defense of carbon emissions yet 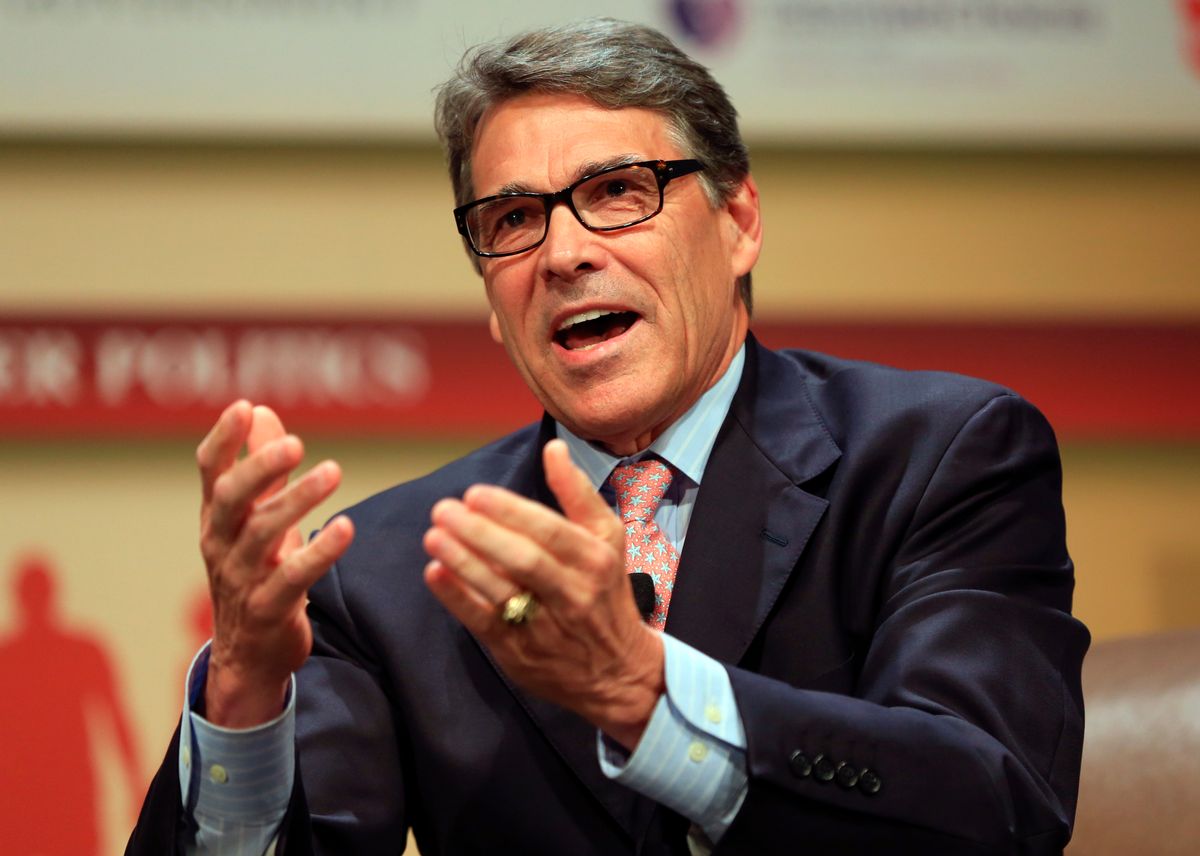 Speaking at an Axios and NBC discussion, Perry actually said that the Trump administration's energy policies were warding off sexual misconduct.

"When the lights are on, when you have the light that shines, the righteousness, if you will, on those types of acts," Perry said. "So from the standpoint of how you really affect people's lives, fossil fuels is going to play a role in that. I happen to think it's going to play a positive role."

Perry's logic wouldn't have been as ridiculous if fossil fuels were the only energy source for electricity. But Perry failed to mention that solar and other forms of clean energy can power lightbulbs. So even if Thomas Edison's intended feat was to invent a product that would curb sexual assault, modern energy sources can also do the trick.

His correlation between fossil fuels and sexual assault was just as absurd. Sexual assaults don't always occur in the cover of night from random predators. They are often done by people drunk from their own power, as seen with Harvey Weinstein.

Perry's off-the-cuff comment Thursday was just the latest gaffe during his tenure in the Trump administration.

When Perry was in West Virginia earlier this year touring a coal plant, for example, he attempted to give an economics lesson, but somehow only managed to confuse people in the process.

“Here's a little economics lesson: supply and demand,” Perry said at the Longview Power Plant. “You put the supply out there and demand will follow.”

The former governor of Texas was responding to a question about the current popularity of shale gas, but he seemed to reference a 19th century economic theory to explain the boom. Only this economic rule has mostly been discarded by modern economists who argue that supplying a product does not necessarily create demand for it.

Then, just last month, during a House Energy and Commerce subcommittee hearing, Perry referred to Puerto Rico as its own country.

He said, "That is a country that already had its challenges before this storm," but was soon cut off by Rep. Kathy Castor, D-Fla.

Perry has also had his fair share of ethics problems. The day before Health and Human Services Secretary Tom Price resigned for his luxury travel methods, Perry decided it was just fine to use a private jet for a trip on Sept. 28. Perry took the plane on a trip to a decommissioned uranium facility in Piketon, Ohio, yet the cost of the trip has yet to be disclosed.