The art of remembering the dead

In Iceland, the humble newspaper obituary has been elevated to an emotional art form 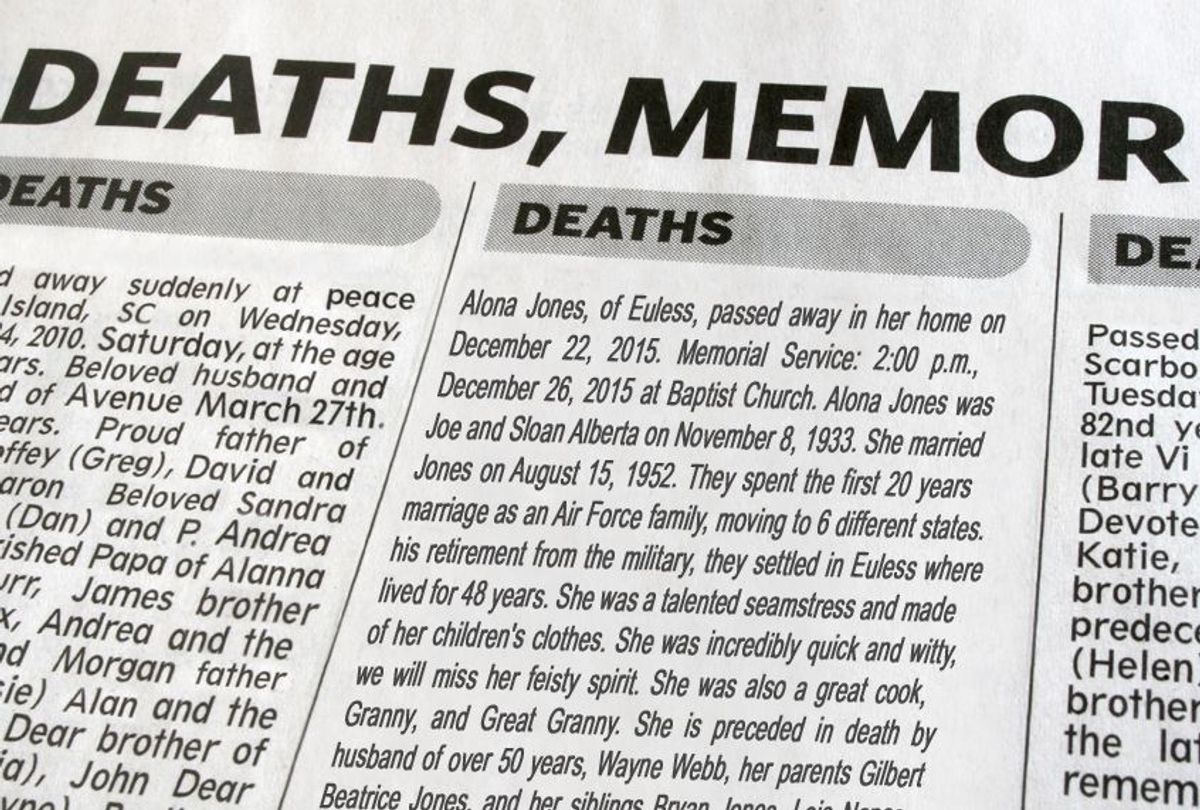 Vanessa Gould, a documentary filmmaker, grew close to one of her subjects, Eric Joisel, a master of origami. “He was at the height of his creative output,” Gould said. “He was doing work that really was breaking boundaries.”

Gould eventually released her documentary on Joisel. Two years after the film's release, the artist died at 53 years old.

“When he passed away,” Gould said, “what I didn't anticipate was the feeling of the void that was left artistically in his absence. How would his ideas and all the art he'd created be remembered? He was a pretty reclusive, solitary man, living outside of Paris in a barn without many resources. So I felt this instantaneous fear that his legacy would evaporate pretty quickly with time and that there was nothing in the universe that was in place to help us remember him and what he had contributed to the world.”

Vanessa took it upon herself to try and memorialize her friend, and in the process she was drawn toward another art form, one that would become the subject of her next documentary film, “Obit.”

“I contacted probably two dozen newspapers around the world,” Gould said, “with a brief biography of him and some photographs of his work. The only newspaper that wrote me back was The New York Times.”

In Iceland, obituaries are printed free of charge in the popular newspaper Morgunbladid. They once had no word limit, and it's not unusual to have several obits for the same person appear in the same issue. In addition to basic biographical information, people remember the dead with specific memories. In Iceland, public obituaries are an art form. After the newspaper loosened their rules for obituaries, the art form changed and a new approach to grieving emerged.

The tradition of Icelandic obituaries is tied to a deep connection to the past, but the tradition has changed as Iceland balances the past with the present and a collective history with the personal one.

“I would say 15 years ago we decided that the lengths had become an obstruction because there were so many obituaries that we couldn't print them all,” says Karl Blöndal, Morgunbladid's deputy editor. “It used to be that these were simply articles where people would talk about the career of the deceased and the deceased family tree. The thing was that you had the person who took care of the obituaries and that person retired and the one who took over just decided to relax the rules a bit.”

The obituaries became far more emotional in content and language. The paper had never received obituaries written in this kind of way before.

To hear the story of how the Icelandic obituary changed, listen to “Letters to the Dead.”