Carter Page is perhaps the most talkative former Trump aide 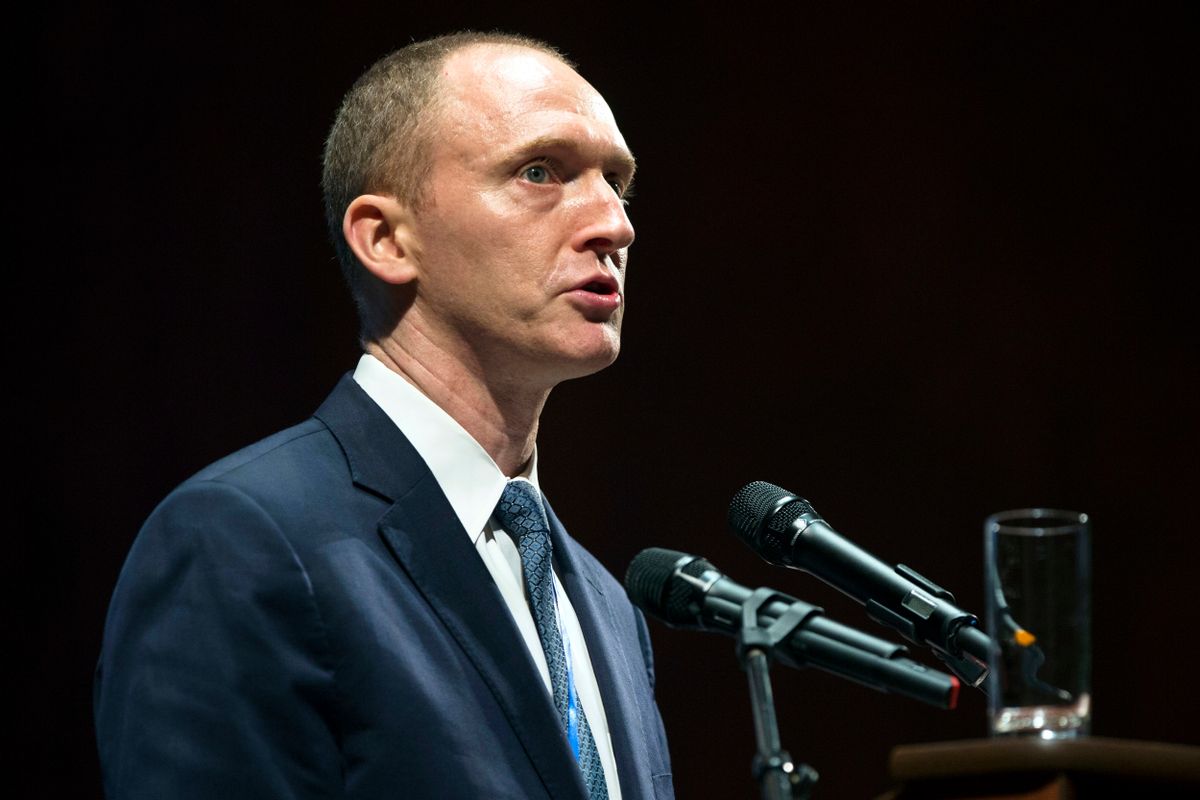 Carter Page, a former foreign policy adviser to Donald Trump during his presidential campaign, told members of the House Intelligence Committee that he had briefly discussed his plans to travel to Russia with Attorney General Jeff Sessions, a contradiction to Sessions' own sworn testimony.

Page, an oil industry consultant, is one of several former Trump campaign advisers who have been revealed as having close ties to Russian interests. His trip to deliver a speech to a Moscow-based non-profit in July of 2015 made him the subject of significant FBI interest. The agency had suspected him of  being an unwitting dupe of Russian intelligence officials since 2013, according to former director James Comey.

"Back in June 2016, I mentioned in passing that I happened to be planning to give a speech at a university in Moscow," Page told reporters after his six-hour hearing ended.

The former Trump adviser said that he was being unfairly targeted due to his being mentioned repeatedly in an opposition research report compiled by former British spy Christopher Steele.

"Understandably, it was as irrelevant then as it is now," he said. "If it weren't for the dodgy dossier and all the chaos that those complete lies had created, my passing comment's complete lack of relevance should go without saying."

In an unusual move, Page was able to secure agreement from the committee that a transcript of his testimony be made public. Nonetheless, he apparently has refused to provide certain documents that the elected officials had requested, citing his Fifth Amendment rights to avoid self-incrimination.

“I’m helping to the greatest extent I can,” Page said. He had appeared at the session without an attorney present.

In an MSNBC interview, Al Franken said that Page's testimony directly contradicted statements which Sessions had made in response to questioning from the Minnesota senator.

“It’s serious stuff,” Franken said. “Perjury is a very careful standard, but something that would be looked at.”

Throughout the multiple investigations of connections between Trump's campaign and the Russian government, the president has insisted there was "no collusion." On Monday, Mueller announced that former Trump adviser George Papadopoulos had explicitly discussed the idea of obtaining "dirt" from "thousands of emails" with a Russian intelligence operative.