So much for the separation of church and state

The Republican's tax bill would weaken the Johnson Amendment, which has kept religion out of politics 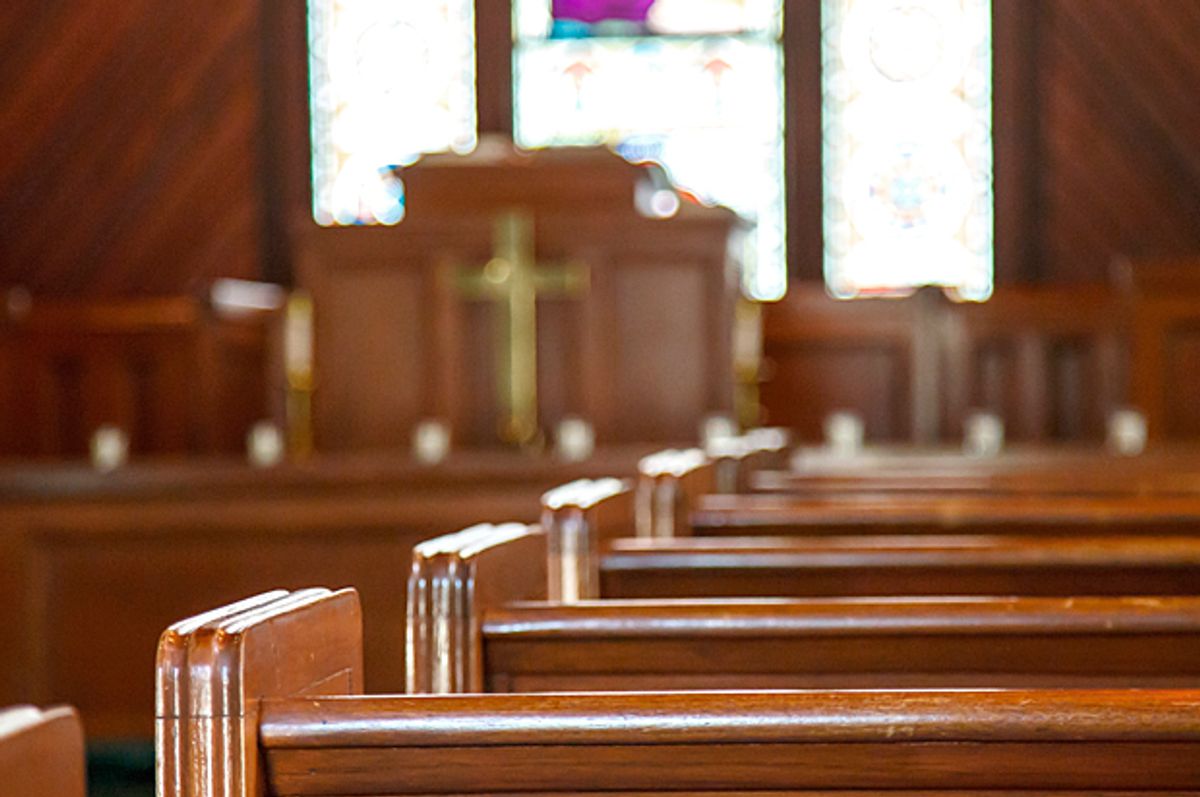 The new tax reform bill being pushed by President Donald Trump and congressional Republicans aims to make it easier for right-wing Christian ministers to preach politics from the pulpit.

If passed, the bill would modify a 1954 law known as the Johnson Amendment, according to The New York Times. That statute prohibits churches from donating to political campaigns or clerical leaders to endorse or disavow political candidates. Religious institutions that are found to be in violation of this law can have their tax exempt status revoked.

While the new tax reform bill wouldn't outright repeal the Johnson Amendment, it would modify one crucial aspect of it. According to the new bill, no religious institution can be deemed to have broken the law "solely because of the content of any homily, sermon, teaching, dialectic, or other presentation made during religious services or gatherings."

At the same time, the tax reform bill would not revoke the provision that prohibits churches from donating money to political candidates. If it had done so, it could have allowed church organizations to effectively circumvent laws on campaign donation disclosures and make political donations that come from churches effectively tax exempt.

While a LifeWay poll from September 2016 found that 79 percent of Americans do not want church leaders endorsing political candidates, only 42 percent said that they thought churches should lose their tax exempt status for publicly endorsing a candidate, while 52 percent felt that they should not.

Trump's latest attempt to weaken the Johnson Amendment follows an executive order that he signed in May which he claimed would address the concerns of the evangelical community that opposes that amendment. That executive order, however, only stated that the IRS should not penalize church that offer public opinions on issues "where speech of similar character has, consistent with law, not ordinarily been treated as" political. This was a distinction so vague that, when it came to the specific provisions of the Johnson Amendment, it was essentially meaningless.