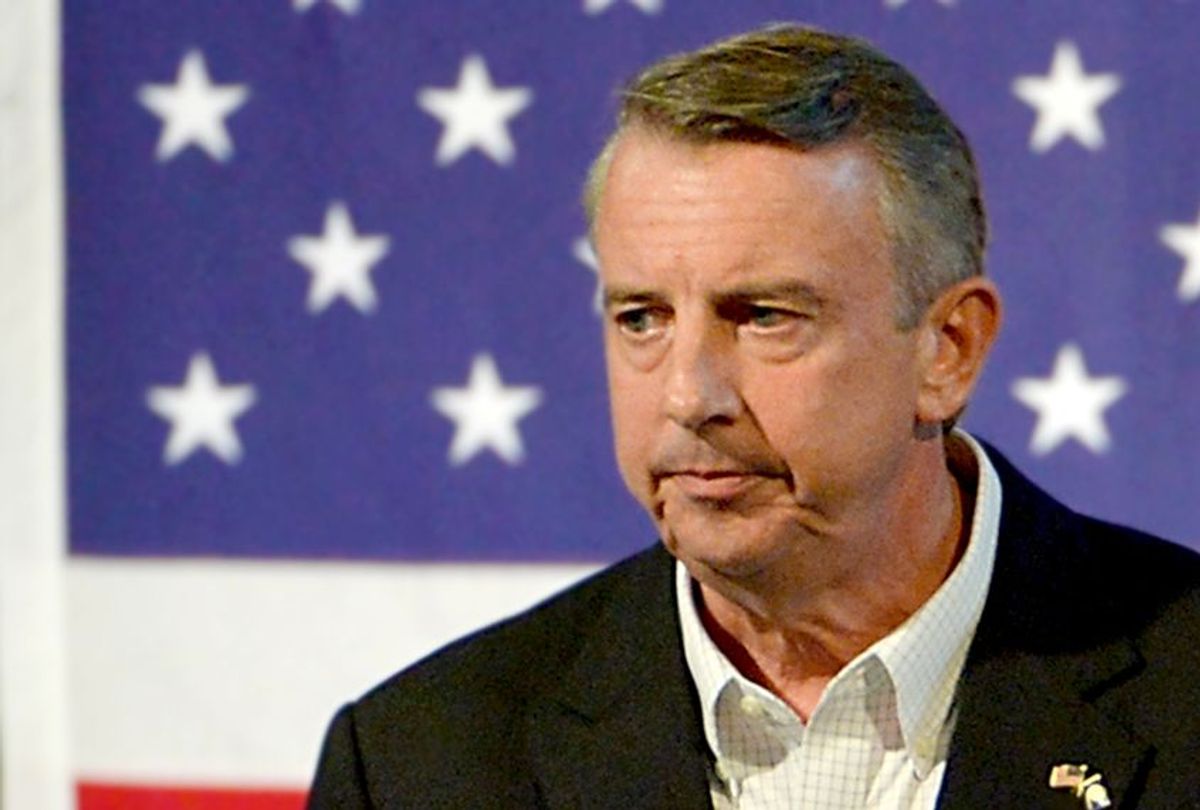 Ed Gillespie, the Republican gubernatorial nominee in Virginia, is providing conclusive proof that party officials have realized that their old plans of running on tax cuts and reducing regulations simply will not work.

Gillespie was force-fed this lesson in June when he defeated Corey Stewart in the Republican primary by about 4,300 votes. Conventional polling leading up to the GOP primary had Gillespie heavily favored to win, but Stewart's courting of Confederate monument lovers via "alt right" rhetoric combined with low turnout almost led to his victory.

As New York Times columnist Thomas B. Edsall noted earlier this week, "Gillespie got the message loud and clear: The populist right-wing was much stronger than he had thought. If a substantial number of the 155,466 voters for Stewart stayed home on Nov. 7, the Gillespie campaign was dead."

Chastened by his near-loss, the veteran lobbyist has been trying to figure out a way to mobilize Stewart's voters without causing too much of a stir in Northern Virginia, home of many educated government workers and contractors who have made it so that President Donald Trump has a 60 percent disapproval rating in the state.

Like Trump, Gillespie, a former chairman of the Republican National Committee, has turned to misleading advertising about immigration and crime, even as he casts a very different tone in public appearances. The strategy has been powered by Jack Morgan, the president's former field director who also is a preacher/self-defense instructor. Morgan also believes that America is on the brink of another Civil War and that communists are behind the nationwide efforts to remove memorials to Confederate political figures.

And it might just work, too, since his Democratic opponent, Ralph Northam, seems to be running a strategy that is a carbon copy of the low-key campaign that Hillary Clinton ran in 2016 against Trump.

In September, Gillespie rolled out a political ad claiming that Northam had "cast the deciding vote in favor of sanctuary cities" which the narrator linked to a Central American gang. "MS-13's motto is kill, rape, control," the narrator says.

And while it is true that Northam had voted against a bill that would have prohibited Virginia cities from trying to erect judicial barriers to cooperating with federal immigration authorities, the ad did not mention that Virginia has no localities which engage in this practice. The ad also does not mention that crime in general and violent crimes in particular have been declining for years within the state.

In October, Gillespie went after Northam for a policy which the state's current governor, Terry McAuliffe, had put into place which enabled 26,000 convicted felons who had served their sentences to be able to vote again in elections.

After linking Northam to a repeated sex offender in the ad, the Gillespie then appears on-screen to note that he also supports restoring voting rights to felons. Gillespie does not disclose to viewers that on his own website, he says that he would not discriminate against sex offenders in his policy.

After these two ads appeared, a group called the Latino Victory Fund decided to turn Gillespie's own fire back on him, creating an ad that features a burly white pickup truck driver chasing around Hispanic and Muslim children with an Ed Gillespie bumper sticker on his vehicle and a Confederate flag waving on the back.

Gillespie and his right-wing media allies have rushed to condemn the divisive ad but without acknowledging that it was he who created the climate in which it could run. The spot was pulled on Oct. 31 after a terrorist utilized a truck to mow down pedestrians in New York City.

Should Gillespie's attacks pay off for him next Tuesday, expect Republicans nationwide to double down on them.