Take it from me and my family; Trump can’t Make America Great Again if he cuts off the American dream to newcomers 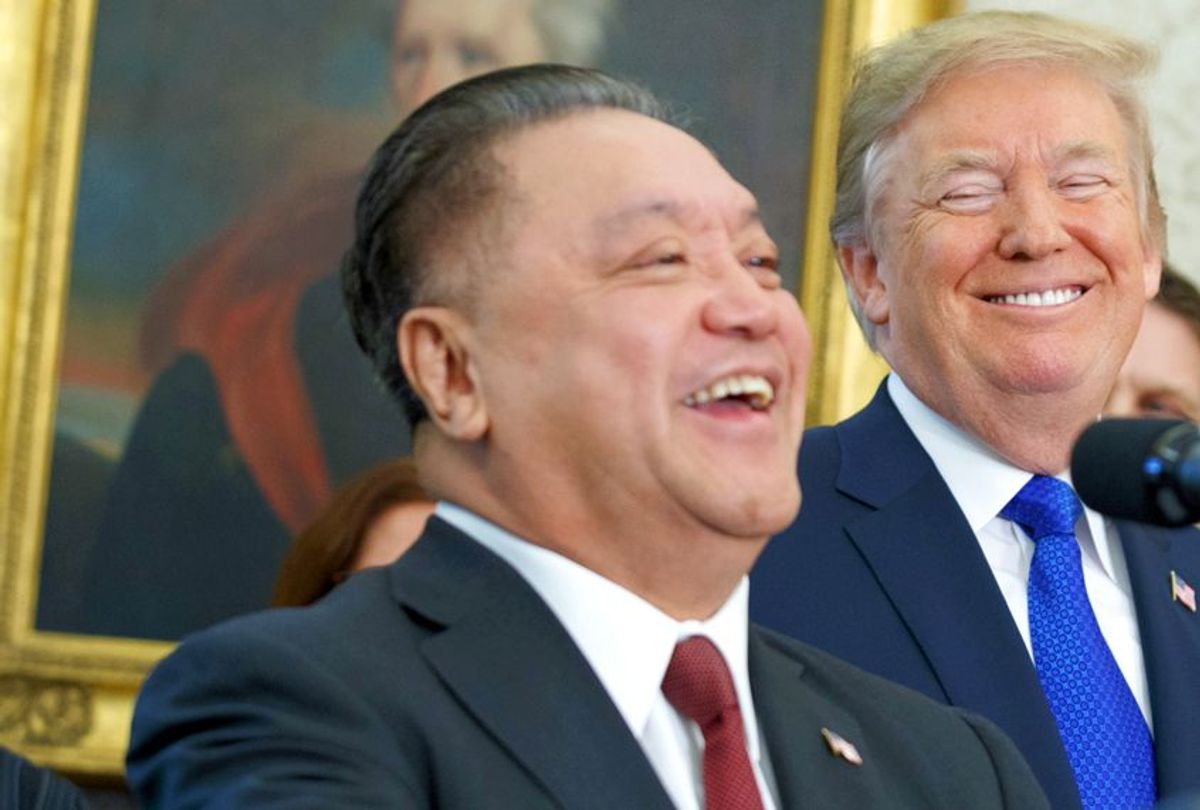 Broadcom CEO Hock Tan announces that the company is moving its global headquarters to the United States. (AP/Evan Vucci)
--

Not to be hyperbolic, but sometimes it feels as though the president of the United States is targeting my very existence.

It began with his campaign. Although he didn’t use the validity of my birth certificate to kick off his racist-fueled rise to the top of a crowded Republican field, Donald Trump took a hardline anti-immigration stance that included the elimination of birthright citizenship. The pesky 14th Amendment that has fallen out of Republican favor lately grants citizenship to any persons born in the United States, regardless of the status of the parents. Trump called the clause of the Constitution that belatedly granted citizenship to former slaves “the biggest magnet for illegal immigration” during his hard-fought primary campaign. Trump was referring to the children of undocumented immigrants when he told Bill O'Reilly, "I don't think they have American citizenship." He probably doesn't know that federal courts have long debated the breadth of application of the controversial constitutional right.

My parents immigrated to the U.S. from Ethiopia in the 1980s as political asylum seekers. As war refugees fleeing a Communist-aligned regime in East Africa, they were welcomed into Ronald Reagan’s America. They were legal residents when I was born a few years later, but not citizens. I might not be considered a natural-born citizen if Trump had his way.

Now the president has targeted another program that has proved critical to my American story.

Trump returned to his lazy cherry-picking of terror attacks to boost his anti-immigrant policies only hours after the deadly truck attack in lower Manhattan, the first significant terrorist attack in New York City since 9/11. Almost immediately after it was confirmed by authorities that an Uzbek immigrant had killed eight people and injured several more on Oct. 31, Trump hyped his stalled proposal to ban immigrants from mostly Muslim nations -- even though Uzbekistan was never on any iteration of the so-called Muslim ban.

Trump then furthered his scapegoating of immigrants by calling for the elimination of the diversity visa lottery. That's a program by which people from nations that send relatively few immigrants to the U.S., and who otherwise have no familial ties here, can enter the country. In Ethiopia, since the end of the civil war, receiving a DV is truly like winning the lottery. Only 50,000 winners a year from across the globe receive a green card, and permanent resident status, by that method.

Sayfullo Saipov, who allegedly rammed a rental truck into a crowd in lower Manhattan on Tuesday was apparently one of those lottery winners, in 2010. So were hundreds of thousands of aspiring immigrants, including some who would go on to join my family, and one who went on to help prevent a terror attack in New York.

Trump’s reckless targeting of a program that serves so many, based on the criminal actions of one, is only the latest example of how his blatant bias against people of color can hurt the nation -- as one immigrant proved at the White House on Thursday.

"But I am an American as are nearly all my direct managers, my board members, and over 90 percent of my shareholders,” said Hock E. Tan, CEO of the tech company Broadcom Limited, while announcing the relocation of the Singapore-based company to the U.S. At a White House event on Thursday, Tan said, "My appearance here today, in large part, has been inspired by my desire to give back to this country which I have received so much from."

“My mother could never have imagined that one day her son will be here in the Oval Office, in the White House, standing beside the president of the United States,” Tan noted.

“And my mother too,” Trump interrupted.

“You see,” Tan continued, “back in 1971, I was just an 18-year-old skinny kid, growing up in Malaysia ... who had just received an opportunity to enroll in the best engineering school in America -- in fact, in the world -- MIT. And my parents could not have afforded to send me to college, much less MIT. So it's ... really amazing to me, even today, that this great American educational institution took a chance on me, sight unseen, and gave me a scholarship to pursue the American dream.”

Tan’s company, which makes a radio frequency filter used on iPhones, has 7,500 U.S. employees across 24 states.

Tan, an MIT graduate, presumably came to America through the supposedly meritocratic programs Republicans supposedly favor. But the tone by which Trump otherwise refers to immigrants of color belies his true intentions -- to make America white again. Closing another door for low-skilled immigrants may satisfy a base that welcomes ethnic, racial and religious scapegoating but it remains antithetical to the nation's spirit and our recent practice. The president can’t "make America great again" if he cuts off the American dream to millions.