Two reasons why Trump's Asia trip could be a disaster

On his 12-day trip to Asia, Trump will meet with a world leader who has run a murderous drug war 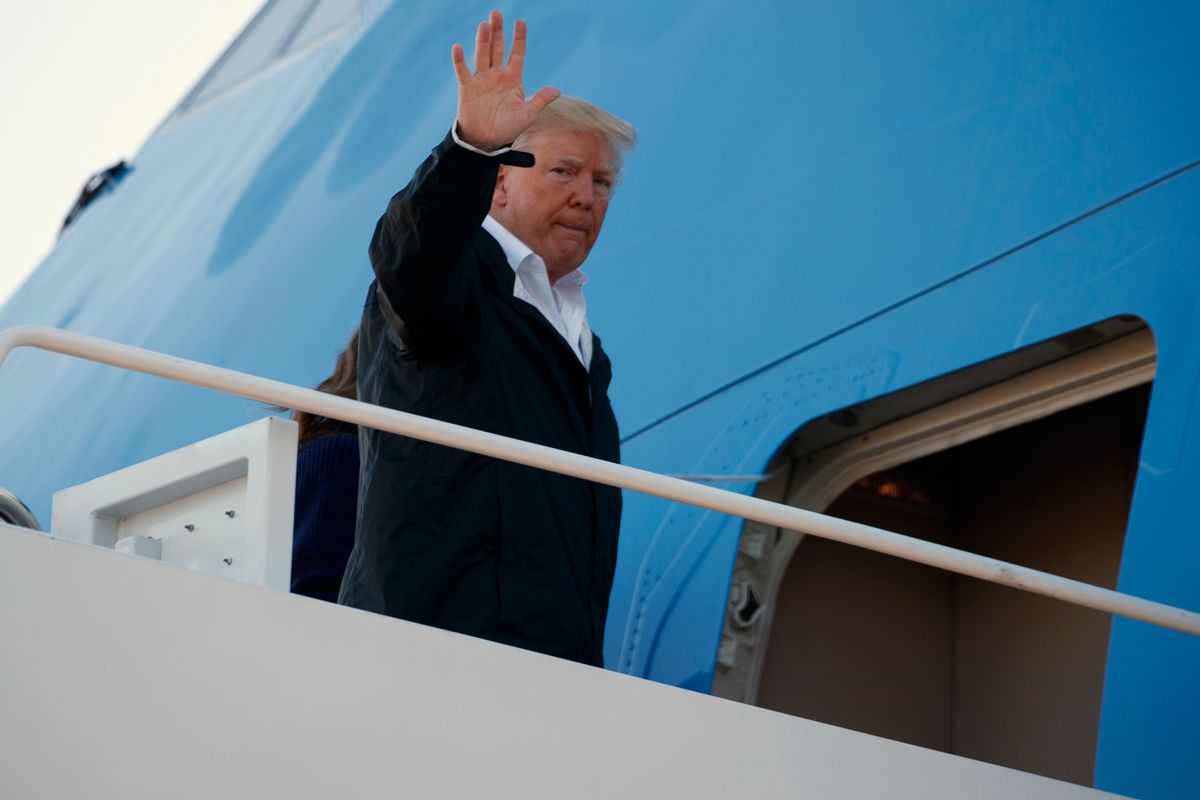 President Donald Trump is set to embark on his first trip to Asia since taking office, in what will be the longest presidential trip to the region in 25 years. The trip will last 12 days and he will visit five nations: Japan, South Korea, China, Vietnam and The Philippines.

There are a few reasons why this trip may not go well. The first is one of the people he's meeting with.

Trump's last stop on the trip will be with Philippine president Rodrigo Duterte who has launched a deadly drug war in his country that has left thousands dead in extrajudicial killings.

In early October, Duterte, who is nicknamed "the punisher," ordered his police force to end its 15-month campaign of all drug war operations and that the Philippine Drug Enforcement Agency would take over, according to The Guardian.

The new efforts will shift "to target 'big fish,' moving away from street level operations to go after big networks and suppliers," The Guardian reported.

Trump has already cozied up to Duterte and praised his drug war. In May, transcripts of a phone call between the two leaders was leaked, and revealed that Trump told Duterte about two nuclear submarines near North Korea. But Trump also touted his efforts in fighting drug crime, which has been condemned by human rights organizations.

"I just wanted to congratulate you because I am hearing of the unbelievable job on the drug problem," Trump said to Duterte in the April phone call, Salon reported.

But another major focus of Trump's trip will be his visit to China on Nov. 8,. A primary topic of conversation with Chinese President Xi Jinping will almost certainly be the increased tensions with North Korea. On the campaign trail Trump pledged to be tough on China, specifically on trade, but he has since toned down his rhetoric.

In an interview with Fox News's Laura Ingraham Thursday, Trump reiterated that he would likely not press China on trade as a result of escalating tensions with North Korea — throwing out a lot of his campaign rhetoric.

"You have to understand something – very important. We have a problem called North Korea," Trump replied, when asked if he was going to be "tough on the enforcement side" with China.

He added, "And President Xi has been pretty terrific. Most people have been saying whether it’s cutting the banking system off from North Korea, whether it’s cutting the oil down to North Korea, cutting supplies down. And I must tell you North Korea is a thing that I think we will solve and if we don’t solve it, it’s not going to be very pleasant for them. It’s not going to be very pleasant, I guess, for anybody; but China is helping us."

Trump's trip has already made headlines because of the president's culinary demands. One person told CNN that Trump's demands include "no whole fish with the heads still on, nothing too spicy."

But Trump's trip began with a multi-hour flight on Air Force One — and, unfortunately for all of us, the plane has internet access. That means he has a lot of time to tweet.