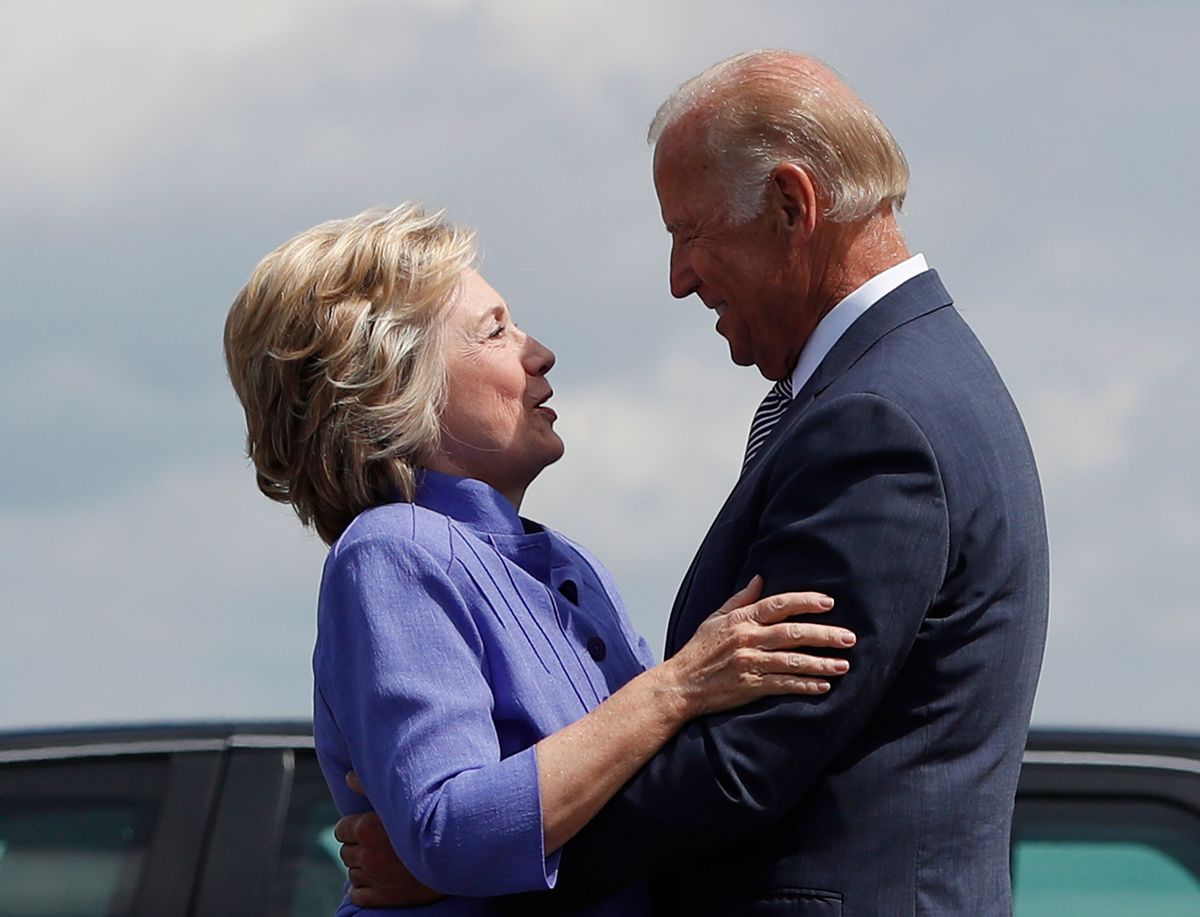 For a second try to imagine any, and all, of the conceivable alternative endings to the 2016 presidential election — it's likely that this one didn't make your list.

Donna Brazile, the former interim chair of the Democratic National Committee, revealed in her upcoming memoir that she wanted to remove Democratic nominee Hillary Clinton from the 2016 election ticket, and replace her with former Vice President Joe Biden.

Brazile first made headlines on Thursday after she published an op-ed in which she said Clinton's campaign had exerted total control over the DNC since as early as August 2015, and that Sen. Bernie Sanders, I-Vt., was hardly treated fairly.

In her memoir, titled "Hacks: The Inside Story of the Break-ins and Breakdowns that Put Donald Trump in the White House," Brazile wrote that she contemplated the election ticket switch after Clinton had a health scare and collapsed on Sep. 11, 2016, in New York City, according to the Washington Post.

Both Clinton, and her running mate, Sen. Tim Kaine, D-Va., would have been replaced by Biden and Sen. Cory Booker, D-N.J., the Post reported. In the memoir, Brazile wrote that she contemplated more than a dozen combinations of candidates until she felt Biden and Booker were best suited to win over working-class voters, and defeat then-candidate Donald Trump.

But the move may not have been able to happen at all because, despite the DNC having authorization to fill a vacancy after conferring with  there was technically no vacancy to fill.

Democratic Party rules state that "in the event of the death, resignation or disability" of nominee for president or vice president, the DNC chair must confer with Democratic leaders in Congress and Democratic governors and report to the DNC, which is authorized to fill the vacancy.
But a DNC official told CNN that the rules were irrelevant because there was no vacancy, and Brazile would not have been able to seek Clinton's removal from the ticket without one.

Brazile internally deliberated the move after Clinton fainted, and also because her campaign was "anemic" and had taken on "the odor of failure," the Post reported.

"I thought of Hillary, and all the women in the country who were so proud of and excited about her. I could not do this to them," Brazile wrote, after she decided against the possible switch.

In the new memoir, Brazile also "details widespread dysfunction and dissension throughout the Democratic Party," the Post reported. Brazile wrote that Clinton's campaign was littered with "stiff" and "stupid" messages and that its headquarters in New York lacked so much passion it felt like "someone had died."

"They knew how to size up voters not by meeting them and finding out what they cared about, what moved their hearts and stirred their souls, but by analyzing their habits," she wrote of the Clinton campaign, according to the Post. "You might be able to persuade a handful of Real Simple magazine readers who drink gin and tonics to change their vote to Hillary, but you had not necessarily made them enthusiastic enough to want to get up off the couch and go to the polls."