Jerry Jones, Robert Kraft and others to be deposed in Kaepernick's collusion case 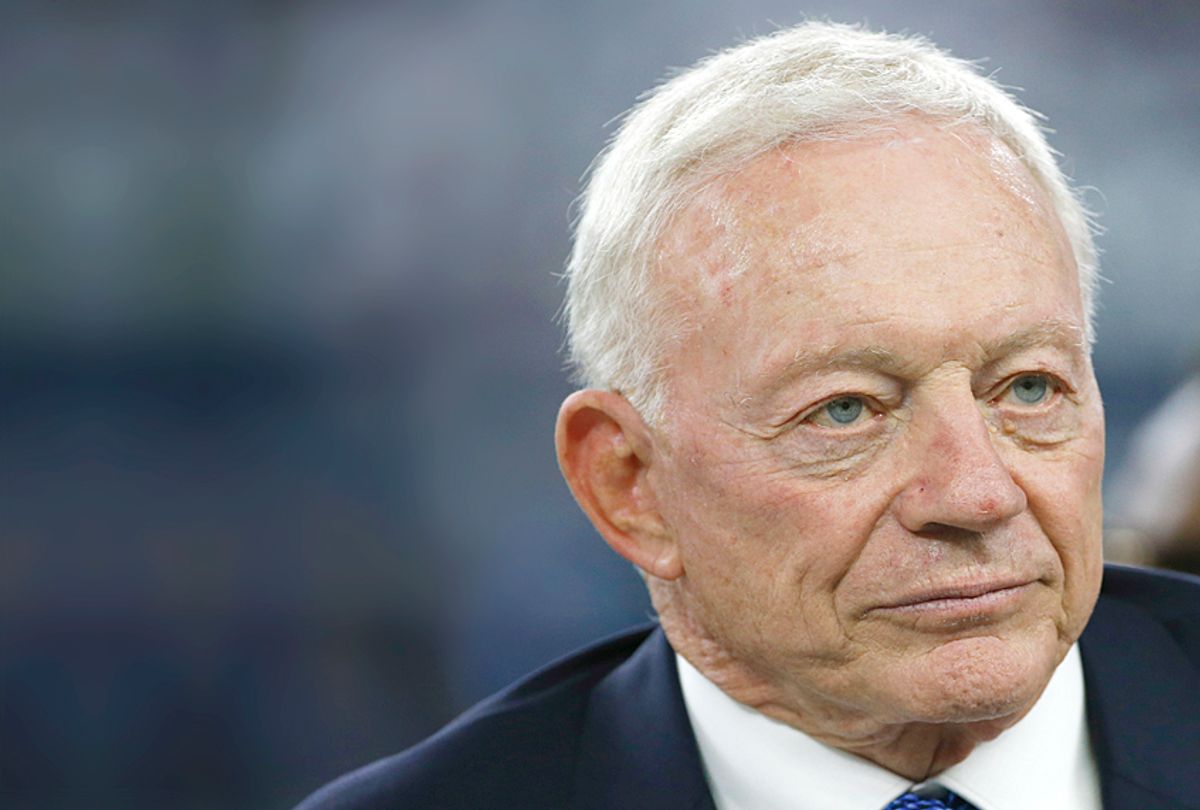 Dallas Cowbows owner Jerry Jones, New England Patriots owner Robert Kraft and Houston Texans owner Bob McNair are among the handful of NFL owners that will be deposed, and asked to turn over all cellphone records, as well as emails, as part of Colin Kaepernick's collusion grievance with the league, according to multiple news reports.

A total of seven NFL team owners must give depositions and turn over all cellphone and email records that pertain to Kaepernick, ABC News reported. Other team and league officials will also be deposed.

The owners were chosen based on their public statements about Kaepernick, or about players kneeling during the national anthem in protest against police brutality and social injustice, which Kaeprnick first began in September 2016.

Jones said he has not yet been contacted by Kaepernick's legal team and only knows about the suit because of reports in the news, according to ESPN.

"The fact that it is the legal exercise that it is, I can't comment and wouldn't comment about any aspects of it," Jones said, ESPN reported. "Having said that, I just have to leave it at that. You might have heard me say some things before the suit, but right now, it's pretty much limited."

Kaepernick's attorney, Mark Geragos, confirmed that a claim had been filed against the league in mid-October, in which the former quarterback alleged NFL owners had collectively refused to sign him to their teams because of his protests.

While Kapernick's lawsuit is under the collective bargaining agreement, he has chosen not to go through the NFL Players Association. His attorney, Geragos, "has represented several high-profile clients, including Michael Jackson, former NASCAR driver Jeremy Mayfield and musician Chris Brown," ESPN reported.

However, the NFLPA has still expressed its support for Kapernick's case.

Kaepernick, who turned 30 on Friday, has not played in the NFL since last season, despite the numerous injuries suffered by starting quarterbacks this season, which has further fueled speculation that the league has shunned him.

President Donald Trump reignited the national anthem debate in recent weeks and has repeatedly demanded that the NFL establish a rule which would penalize players for kneeling during the song.