Male woolly mammoths were the Wile E. Coyotes of the Ice Age 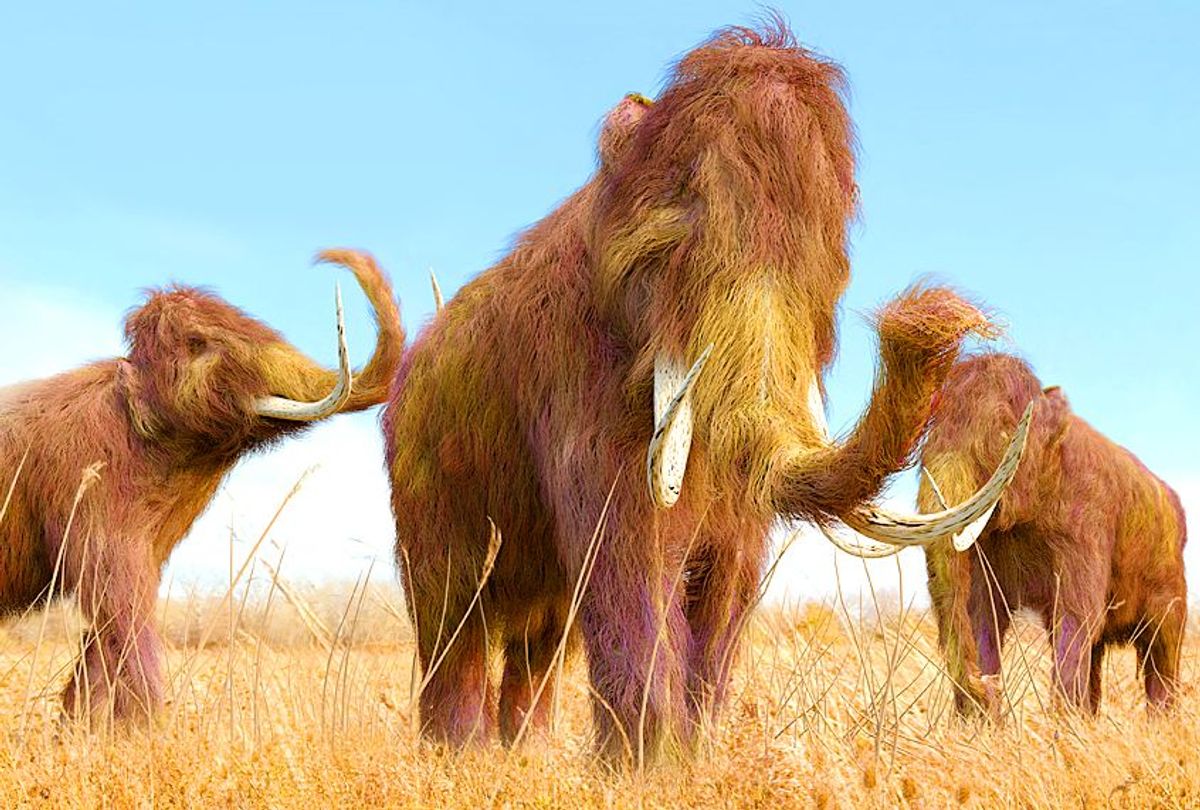 It was a conundrum for biologists: Of all the woolly mammoth specimens discovered preserved in fossils or permafrost, why were so many of them male?

Most animals that reproduce sexually (humans included) tend to be evenly split by biological sex upon birth. Yet a team of scientists analyzing mammoth specimens noticed a disparity: Out of 98 preserved woolly mammoth samples, 69 percent were male and only 31 percent female.

A new academic paper published in Current Biology suggests that there was a simple reason for this discrepancy: The males were more likely to die in the kind of traps that might preserve their corpses for long periods of time. “We argue that this male bias among mammoth remains is best explained by males more often being caught in natural traps that favor preservation,” wrote the paper’s co-authors.

The discovery was made accidentally during data entry, according to a New York Times interview with the scientists.

Love Dalén, one of the paper’s co-authors and a biologist at the Swedish Museum of Natural History, told The New York Times that “in many species, males tend to do somewhat stupid things that end up getting them killed in silly ways, and it appears that may have been true for mammoths also.”

Per the paper, the scientists noted that the “silly ways” of male mammoth death included “drowning in pools,” “getting caught in a mudflow” and “falling through thin ice.” One wonders if these mammoths were pursuing irksome roadrunners at time of death.

The paper also noted “multi-individual accumulations, such as Big Bone Lick in Kentucky and the catastrophic accumulation in Waco, Texas” — a morbid shorthand for a number of mammoths dying together in similar traps. Perhaps they held up hastily-constructed "YIKES!" signs in the moments before their demise.

It’s hard not to see a reflection of humans in these mammoths’ behavior. Some studies, including a 1998 paper in the Journal of Pediatric Psychology, have suggested that (human) boys are socialized to take more risks than girls. Interestingly, the wayward woolly mammoth sons may have been similar in that regard.

“Woolly mammoths are thought to have lived in sex-segregated herds centered around a matriarchal group consisting of a dominant female and her offspring and solitary or loosely associated males,” write the paper’s co-authors.

“Without the experience associated with the matriarchal family group or more experienced bulls within a bachelor group," the paper states, "young or solitary males unfamiliar with their environment might have been especially vulnerable and likely to enter unfamiliar terrain or take higher risks when dispersing." The stereotype of the orphaned, rebel bad boy, it seems, extends beyond our species.