After 41 years, the movement is finally gaining momentum 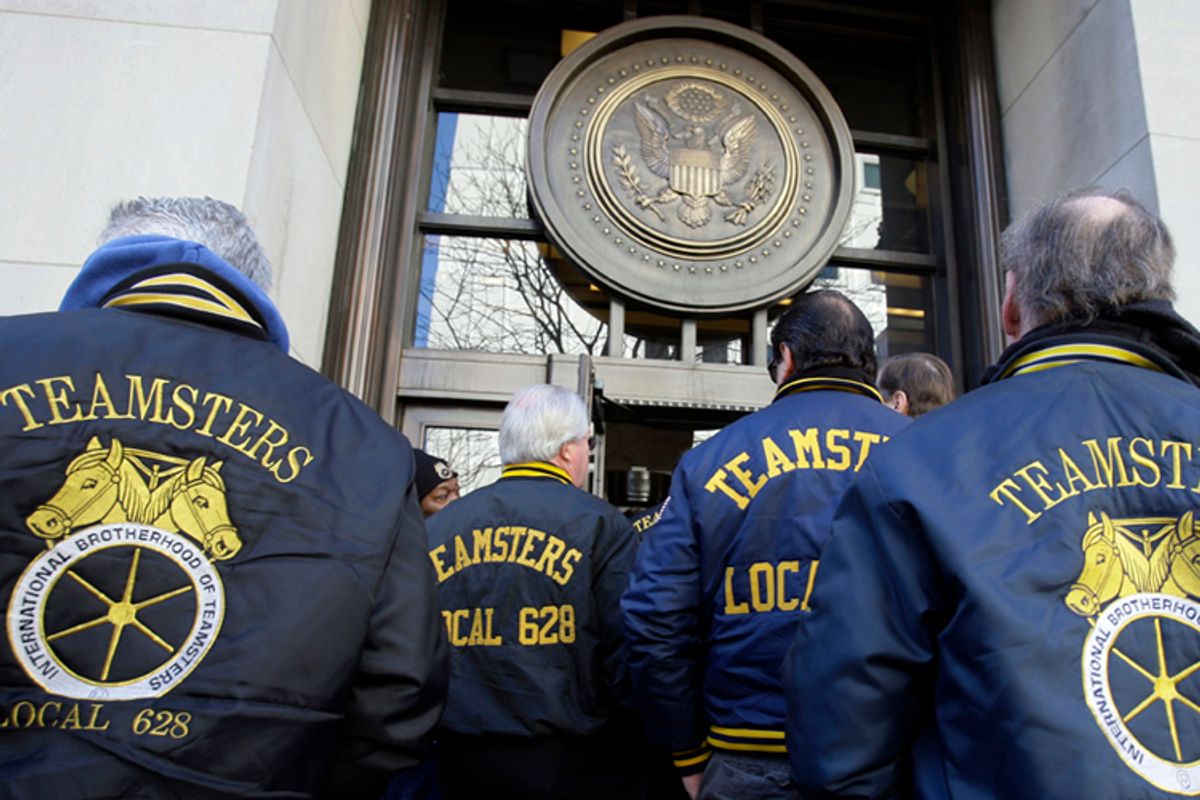 In the beginning, Teamsters for a Democratic Union (TDU) was full of spunk. But they didn’t have any union leaders on their side, nor many rank and file supporters, nor much strategy about turning around a corruption-riddled union.

“When they said we didn’t know what we were doing, it wasn’t totally false,” says Ken Paff, who has led the TDU almost since its founding 41 years ago. “We knew what we didn’t know.”

In time, the TDU learned how to become a thorn in the union’s side, challenging its contracts, finger pointing to officials’ corruption and lopsided multiple salaries, and electing reform-minded members to local and national positions.

At its 41st convention from October 27 to 29 in Chicago, TDU will mark last year’s national campaign that fell only 6,000 votes short of ousting James P. Hoffa. He has led the nearly 1.3-million-member union since 1999, four years longer than his father, James R. Hoffa.

But the TDU is not “just about elections,” Paff says.

The talk during the upcoming convention, according to Paff, will focus on winning strong contracts, converting part-time jobs into full-time work, boosting wages that start for some at $11 an hour and protecting pensions that have been under attack. And then there’s what the group has focused on since its start: developing leaders, he adds. The union’s problem, he explains, “is not such bad leaders, but that we need more leaders.”

It’s a strategy of constant activity that the TDU honed as it became one of a handful of reform movements inside the nation’s largest unions. And it has survived with a small Detroit-based staff and about 10,000 members, of whom half are behind on their dues, according to Paff. TDU has six full-time staff, all of whom earn the same salary, as well as two part-timers, Paff explained.

Paff joined the group in 1978 as a full-time national organizer. But he didn’t fit the stereotype of a hardscrabble trucker. He had an undergraduate degree in physics from the University of California at Berkeley and had worked as a schoolteacher. He was driving for a trucking company in Cleveland when he lined up with the union dissidents. For inspiration, he studied the work of the Miners for Democracy, learning about their battle within the United Mine Workers union.

Looking for a way to make an impact, TDU began campaigning against the contracts signed by the union. It was a gutsy strategy, since the group had no voice within the union. “They [the contracts] were terrible, and members knew it. And they [union leaders] didn’t have to pay any attention to the members,” Paff recalls. The group won a lawsuit requiring the union to put its contracts up for a majority vote. After a major publicity push, members voted down the union’s master freight agreement in 1987.

But the real turning point came in 1989, when the U.S. government took control of the union in a consent order — and said the union had to hold its first-ever rank-and-file election. The government described the union as virtually a “wholly owned subsidiary of organized crime.”

The union sought to put off the election, which finally took place two-and-a-half years later. Ironically, that was a gift for the TDU. “It was perfect for us. We weren’t able to hold an election and we lined up Ron Carey to win,” Paff recalls. Carey’s 1991 election led to reforms across the union.

But the changes were short-lived. An election victory by Carey in 1996 was overturned, and he was barred from the union by a court ruling as a result of election wrongdoing by his aides, leading to a new election. Hoffa beat a TDU-backed candidate in 1998 and has been in power ever since.

John Coli, the once-powerful head of Chicago area Teamsters, was among the highest-paid Teamsters in 2015, with $337,215 in salary and compensation, according to the TDU. He was indicted this year by federal officials for an alleged extortion scheme that netted him $325,000 from a major Teamster employer in Chicago. A major internal investigation of union corruption that focused on Chicago collapsed in 2004, allegedly when Chicago Teamster leaders protested to Hoffa.

By constantly pointing to the union’s high salaries and voicing the concerns within the union, Paff claims that the attention helped spur changes. “Once we got the right to vote, we started driving down the salaries. [Jackie] Presser made $500,000 in the 1980s, and today they make in the 300,000s,” Paff says.

Some of the TDU’s challenges have not disappeared, however. At the union’s last convention, only 8 percent of the delegates were aligned with the group. Furthermore, TDU has been unable to raise the money required to run a major national campaign. Hoffa and his slate spent about $3 million on the national election in 2016.

And yet the Teamsters United slate, backed by the TDU, won in the Midwest and South, sweeping the votes in the Chicago area for the first time ever. One of its candidates for vice president came within roughly 4,000 votes of winning, according to Paff. The vote totals “show you the discrepancy between the rank-and-file and local officials,” he adds.

With many more Teamsters coming from jobs outside prisons and public services—the union’s traditional trucking base—the union is seeing more members who don’t have the same interests or long-term loyalties to Hoffa and his supporters. Paff sees yet more potential for change. At 71 years old, he expects to pass the baton to others in the coming years.

There’s no expectation within the TDU that jobs are passed down to family, friends or long-term allies—as is the case in some unions, he says. Paff underscores, “We still have people out there who can help.”

Stephen Franklin, former labor and workplace reporter for the Chicago Tribune, was until recently the ethnic media project director with Public Narrative in Chicago. He is the author of "Three Strikes: Labor's Heartland Losses and What They Mean for Working Americans" (2002), and has reported throughout the United States and the Middle East. He can be reached via e-mail at freedomwrites@hotmail.com.