"We won a basketball game, but considering what's gone on today it's pretty meaningless." 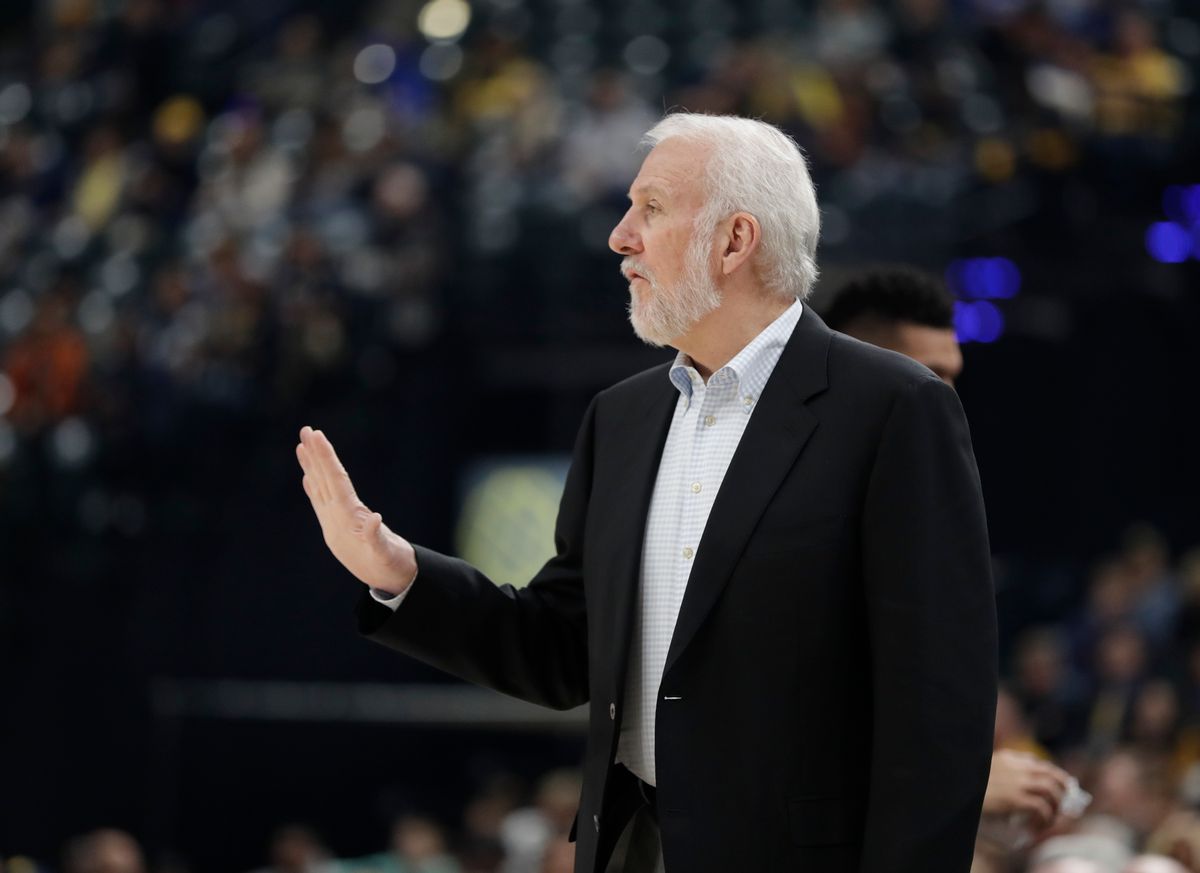 NBA head coach Gregg Popovich has been a welcoming voice in the Trump era. The future Hall of Famer has criticized the president for his rhetoric on issues of race and inequality, but on Sunday he was not in a talkative mood.

Hours before his team, the San Antonio Spurs, faced off against the Phoenix Suns, a mass shooting at a church occurred about 30 miles from the arena.

The Spurs held a moment of silence before the game for the victims of the First Baptist Church shooting.

After the game, a 112-96 victory for the Spurs, Popovich addressed the shooting in front of a pool of reporters.

"We won a basketball game, but considering what's gone on today it's pretty meaningless," Popovich said. "When you think about the tragedy that those families are suffering, it's just inconceivable and impossible to put your head around. So I think talking about basketball tonight is pretty inappropriate. So you guys have a good night."

It was a proper response from a well-respected leader in west Texas. It also juxtaposed with the tone-deaf reactions from some Texas politicians.

Texas Attorney General Ken Paxton, for example, said on TV that mass shootings can be prevented in the future by people taking advantage of the state's concealed-carry law.

"All I can say is, you know, in Texas at least we have the opportunity to have concealed-carry. And, so, if it's a place where somebody has the ability to carry, there's always the opportunity that gunman will be taken out before he has the opportunity to kill very many people," Paxton said, forgetting that 27 people died despite the same circumstances he had just described.

Popovich has become the voice of reason in Texas. The five-time NBA champion has articulated the frustrations and despair Americans have felt since the 2016 election. In January, Popovich praised the Women's March, telling reporters that Trump needs to be put on notice.

"The march today was great. The message is important," Popovich said. "Somebody said on TV, 'What's their message?' Well, their message is obvious: that our president comes in with the lowest approval rating of anybody whoever came into the office, and there is a majority of people out there, since Hillary won the popular vote, that don't buy his act."

In an interview last week with former Obama communications director Dan Pfeiffer, NBA head coach Steve Kerr said that he would vote for Popovich if he ran for U.S. president.