The secretary is reportedly frustrated by her lack of influence 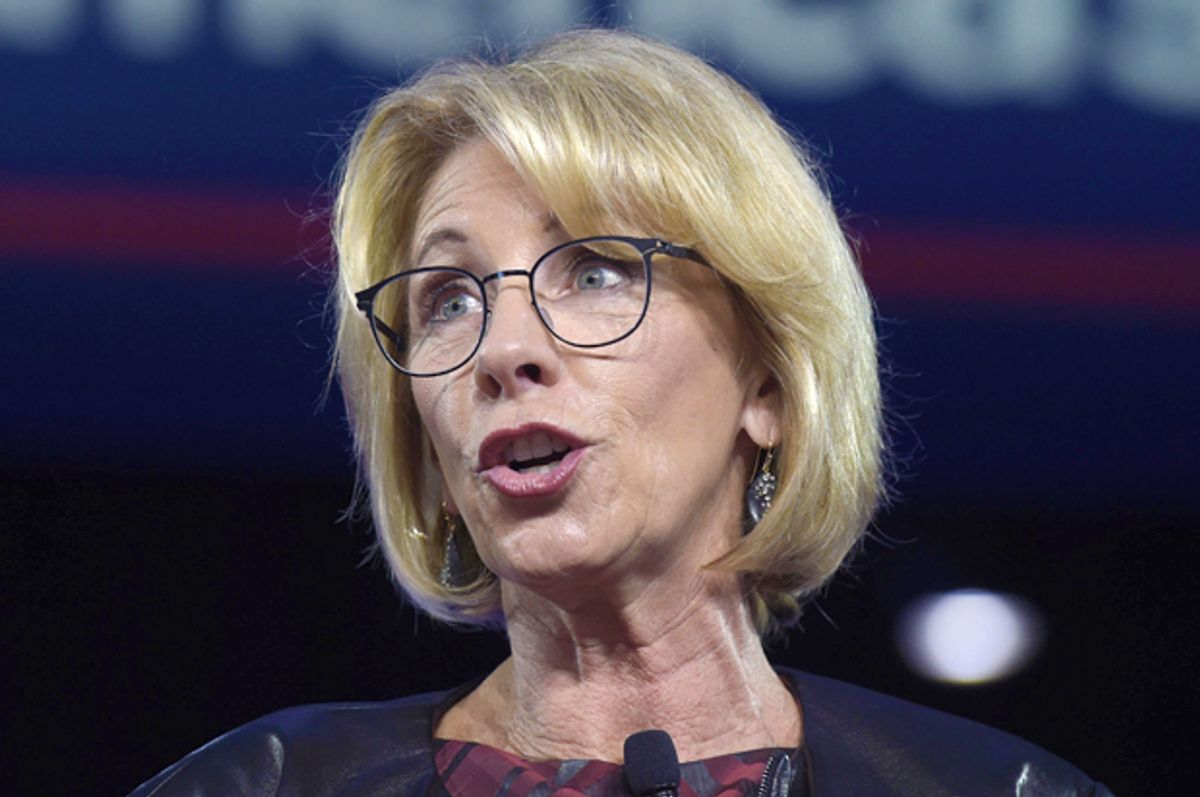 This article has been updated: The original article stated that officials were planning for DeVos to exit the Trump administration,  it has been updated to state that an insider assumes DeVos "won't stay long" at her post as education secretary. The original headline has also been clarified.

A sprawling Politico profile outlines a troubled U.S. Department of Education under the shaky leadership of Secretary of Education Betsy DeVos.

Thomas Toch, director of independent education think tank FutureEd, told Politico that DeVos was ignorant of the job's constraints when she accepted it and insiders are already preparing for her to vacate the position.

"She can’t fill her senior staff slots," he said. "Morale is terrible at the department."

DeVos was roundly criticized for her lack of basic knowledge about education policy during the confirmation hearing process. She blames President Donald Trump's transition team, claiming she was "undercoached."

One doubts most nominees for education secretary need to be coached not to cite grizzly bears as a reason for guns in schools.

"I’ll tell you, in Washington education circles, the conversation is already about the post-DeVos landscape, because the assumption is she won’t stay long," Toch told Politico. "I think she’s been probably one of the most ineffective people to ever hold the job.”

Politico notes that Toch's assessment was "somewhat harsher" than comments from department employees, since they perceive DeVos as ineffective and deterred from seeking major changes after discovering the limits of her power.

"If there’s one thing DeVos has learned so far, it’s that getting your way in Washington requires time, patience and government savvy — three things she does not have," the profile bluntly states.