Juli Briskman's employer fired her, even though they didn't fire a senior director who called someone a "libtard" 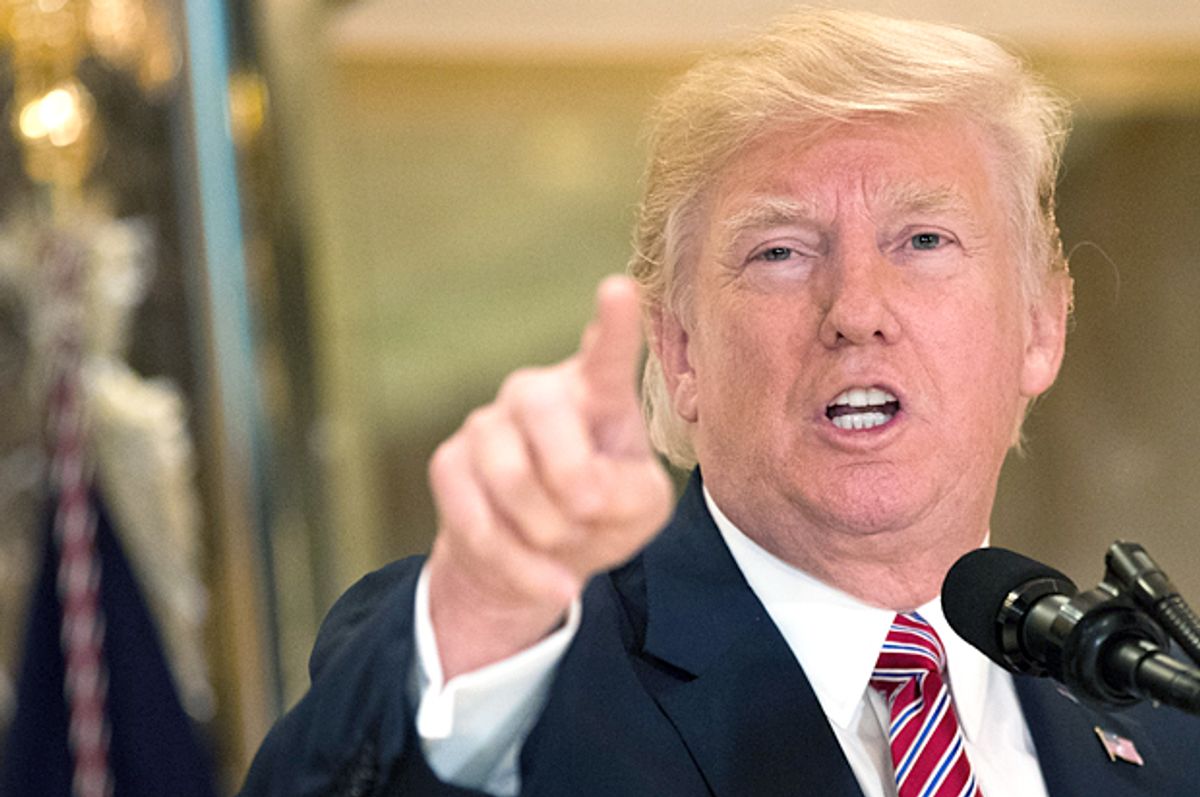 A bicyclist who flipped off President Donald Trump's motorcade has been fired from her government contracting firm on the grounds of obscenity — even though her employer did not terminate one of her colleagues for publicly denouncing a political opponent as a "libtard."

According to Juli Briskman, her employers at Akima LLC told her that they were going to let her go, once she came forward to say that she was the anonymous cyclist seen in a viral photograph, according to The Washington Post. The picture showed Briskman from behind, giving the middle finger to Trump's motorcade, which she claimed was inspired by her outrage at the president for golfing while crises brew in areas like Puerto Rico.

"I wasn’t even at work when I did that. But they told me I violated the code of conduct policy," Briskman told the Post.

The company claimed that Briskman needed to be fired because her actions violated their policy prohibiting "discriminatory, obscene malicious or threatening content." Yet Briskman claims that a senior director did not lose his job despite referring to an employee as "a f**king Libtard a**hole" for supporting Black Lives Matter.

Briskman also described receiving threatening emails and being on the receiving end of calls to fire her from the yoga studio where she works.

Briskman told The Huffington Post that she doesn't regret flipping off the president.

"In some ways, I’m doing better than ever. I’m angry about where our country is right now. I am appalled. This was an opportunity for me to say something," Briskman told the Post.